A Climate for Success

Building on a foundation of innovation, resilience and sound business policies, Oklahoma creates an environment where companies thrive. 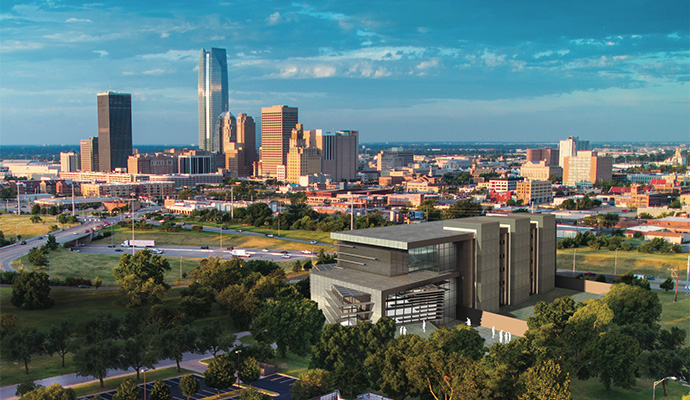 If you’re looking for a reason to consider Oklahoma as your next business location, check out the recent investment by GE Oil & Gas in Oklahoma City.

On May 12, GE broke ground on its new Global Research Center in Oklahoma City, where the company will invest $125 million and create 130 jobs. That same day, GE announced a new Technology Collaboration Agreement with Devon Energy Corp. to accelerate the development and testing of products in the oil and gas sector.

“Today’s groundbreaking shows the remarkable progress we have made in such a short time to build and establish GE’s technology presence in Oklahoma,” said Michael Ming, general manager of GE’s Global Research Oil and Gas Technology Center. “Our ability to move so quickly would not be possible without the strong support of Gov. Mary Fallin, Mayor Mick Cornett, the Oklahoma City Urban Renewal Association, and the local business and community leaders who have been engaged with us every step of the way.”

GE’s experience in Oklahoma City serves as an example of the entire state’s business climate. Oklahoma provides the mix of ingredients that expanding companies seek: competitive costs, better-than-industry-standard infrastructure, pro-business tax and regulatory policies, aggressive economic development incentives, available sites and buildings, and community leaders who are willing to roll up their sleeves and get to work to make projects happen.

It’s the result of deliberate planning and public policies that delivers the business environment that promotes economic success.

The proof is in the positive rankings:

The differentiator is Oklahoma’s willingness and ability to move government entities at the speed of business to facilitate investment deals and take every project from idea to opening.

That’s why global companies like GE, Boeing, Macy’s, Garmin, Lufthansa, Hobby Lobby and others continue to invest and re-invest in Oklahoma.

The climate makes it the state for success.