A Vision for Talent 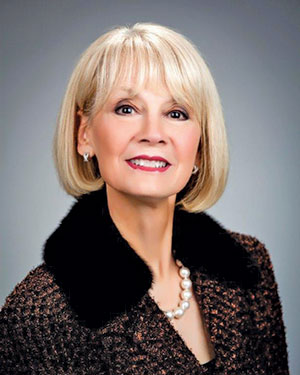 Oklahoma’s Commerce Secretary, Deby Snodgrass, works to grow a base of highly educated workers in the Sooner State.

Oklahoma did not become one of the nation’s most competitive business climates overnight. Nor did it achieve its lofty status as a booming jobs magnet without investing significantly into its workforce.

In an in-depth interview with The State of Success, Oklahoma Commerce Secretary Deby Snodgrass outlines her vision for how the Sooner State plans to keep its pipeline of highly educated and well-trained talent fully stocked.

What were Oklahoma’s biggest economic development wins of 2014?

Equally important, Tinker Air Force Base, the nation’s largest defense MRO facility, announced the acquisition of nearly 160 acres on the west side of the base for a depot maintenance facility for the Air Force’s next-generation aerial refueling aircraft, the KC-46A Pegasus. This was made possible by the Oklahoma Industries Authority, the City of Oklahoma City, Oklahoma County and state working together to secure financing for the KC-46 campus at Tinker AFB to build 14 hangars and a projected gain of 1,300 jobs. The base is also a candidate to house the KC-46A Pegasus fleet.

What are your department’s top economic development priorities for the remainder of 2015?

SNODGRASS: Since my arrival at Commerce, I’ve had a number of people ask me about my “vision” for the agency. Vision is a characteristic attributed to writers and movie directors.

Attracting and growing business is about fundamentals; planning your work and working your plan; and creating measurable results and metrics that will give investors a reliable measurement of their return on investment. Over the next 10 years, the most important corporate resource will be talent. We are working with the Governor, higher education, CareerTech and other partners to increase educational attainment in order to provide Oklahomans with greater opportunities, and to ensure that Oklahoma’s businesses have the skilled, educated workforce they need in order to succeed and grow.

Under Governor Mary Fallin’s administration, Oklahoman’s personal income consistently outpaces the national average. As we work to grow Oklahoma companies and bring new companies to our state, we are also focused on increasing personal wealth and giving Oklahomans more opportunities.

Why should businesses seeking to relocate or expand select Oklahoma over Texas?

SNODGRASS: Roughly 1,000 people move to Texas every day, and while that may be good for business, it’s creating serious infrastructure issues, particularly when it comes to the demand on their electric grid. According to the North American Electric Reliability Corporation (NERC), the Texas grid is one of two US regions “standing out as those facing the tightest power reserve margins in the coming decade.” This crisis is being compounded by the drought, as water is essential to production in the nearly 30 coal-fueled power plants dotting the Texas landscape. No water, no power.

Of equal concern is the fact that Texas is the biggest emitter of greenhouse gases and industrial pollution in America. If the EPA’s Clean Power Plan survives court challenges, it will mandate a 30 percent cut in carbon emissions by 2030. The biggest polluters will be shut down, cutting production and reducing reliability even further. There will be no quick fix for Texas; it takes three years to build a new power plant, so rolling blackouts could potentially become a fairly common occurrence.

By contrast, Oklahoma is one of nine states in the Southwest Power Pool, an integrated marketplace that balances electricity supply and demand for 15 million customers. Our supply is both reliable and affordable. And, unlike our neighbor to the south, we utilize more environmentally friendly natural gas, hydroelectricity and renewable wind for two-thirds of our generating capacity, while only one-quarter is coal-fired.

Oklahoma can — and will — ensure our businesses have the power they need to get the job done.

What is your state doing to promote global trade and foreign direct investment?

SNODGRASS: Since 2009, Oklahoma’s exports have grown by 40 percent, reaching nearly $6.3 billion in 2014. The Oklahoma Department of Commerce has trade offices strategically placed in Israel, Mexico and China. The international trade directors that work out of these offices offer trade and export assistance to Oklahoma companies looking to sell their products and services in the global marketplace.

In terms of foreign direct investment, Oklahoma is home to more than 140 foreign-owned companies that employ nearly 50,000 Oklahoma workers. In 2014 alone, companies with parent locations in the U.K., Germany, Canada and Switzerland, all established or expanded operations in Oklahoma.

SNODGRASS: Infrastructure investment is vital for competitiveness and we value companies that invest in their infrastructure like BNSF and UP railroads. The investments these companies have made recently, and are making in the future, guarantee market access to Oklahoma companies.

Since 2011, Oklahoma has invested over $1.6 billion to address the state’s infrastructure issues.

We have reduced the number of structurally deficient bridges in the state from more than 1100 to only 390. By 2019, that number will be down to zero.

And looking into the future, the movement of information is as important as the movement of goods. Oklahoma has invested in laying 1,050 miles of fiber optic cable with the Oklahoma Broadband initiative. Again, we value private company investment in infrastructure and encourage companies like ATT to invest in Oklahoma fiber.

The Tulsa Port of Catoosa is investing in expanding the capabilities at the inland Port with a new 300-ton gantry crane and expanding its capabilities to handle more container traffic.