Exports from Oklahoma reach farther than ever before. 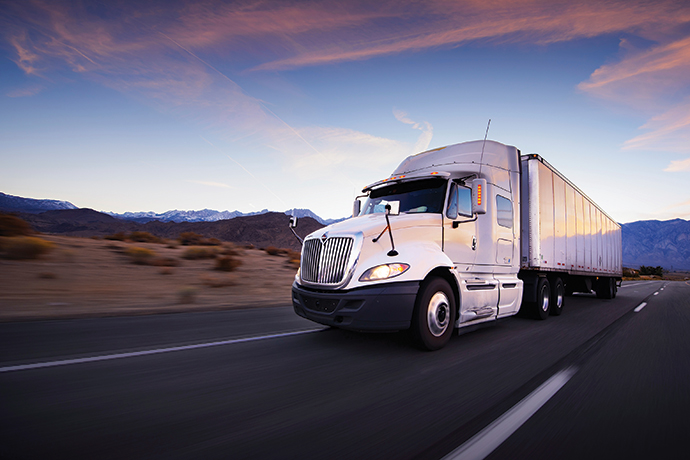 Exports from Oklahoma’s businesses are increasingly important to the state’s fiscal growth.

According to the Oklahoma Department of Commerce, Oklahoma’s export shipments of merchandise have grown 40 percent since 2009, totaling almost $6.3 billion in 2014, involving some 3,150 Oklahoma-based companies.

Canada, Mexico and Japan are the top three export markets, followed by China and Singapore.

These exports from the state supported more than 36,000 jobs, so it’s easy to see the rapidly expanding role exports play in the state’s economic well-being.

By Land, Sea and Air

These exports find their way to their ultimate destinations through a variety of modes. Despite Oklahoma’s location hundreds of miles from a seaport, transportation via barge plays a pivotal role.

The Tulsa Port of Catoosa, one of the largest inland ports in the country, provides efficient and economical shipping on the McClellan-Kerr Arkansas River Navigation System to the Mississippi River, to New Orleans and on to many world markets.

A key advantage of the Port is its central location and its proximity to major domestic markets.

The Port is only seven miles from Tulsa International Airport, which makes air shipments readily available. With Interstate highway access, the metro areas of Dallas, St. Louis and Kansas City are only a few hours’ drive away, with Houston, Chicago and Denver just a day’s drive away. Even points as distant as Southern Canada and Central Mexico are less than two days’ drive away.

While foreign trade zones are often underestimated or even misunderstood, their economic benefits cannot be taken for granted.

In simple terms, a foreign trade zone (FTZ) is a geographical area in or adjacent to a United States Port of Entry at which special custom procedures can be utilized. In actuality, these procedures permit domestic activity involving foreign items to occur prior to formal customs entry. Goods, commodities and merchandise may be held in the FTZ without being subject to tariffs, duties and certain taxes.

The objective of this tariff and tax relief is to lower the cost of US-based operations engaged in international trade. This relief in turn creates and maintains the capital investment and employment opportunities from these operations.

Oklahoma currently has four FTZs, including Port of Catoosa’s FTZ 53, Port of Muskogee’s FTZ 164 and Oklahoma City’s FTZ 106. The fourth Oklahoma zone, FTZ 227, is located in the southern part of the state and serves the nearby Dallas-Ft. Worth metroplex. FTZ 227 actually consists of three separate sites: the International Business Park in Durant; and two locations in Ardmore, the Ardmore Industrial Airpark and the Westport Industrial Complex.

Chuck Mills, owner and president of Mills Machine Company (located in Shawnee) and a board member of the Oklahoma City Port Authority, praises the benefits of FTZs. “Foreign trade zones provide tremendous advantages for the right-sized companies as they can save tens of thousands of dollars in broker fees, duties and tariffs,” Mills explains.

More Oklahoma companies are discovering the benefits of exporting.

“Since 2006, Tactical Electronics has significantly increased export activities and expansion into international markets. We have invested time and resources into enhancing our internal sales department, as it is extremely beneficial to our business,” says Addie Ventris, marketing director. “Tactical Electronics will continue to develop improved processes to advance and expand our export strategy and international markets.”

Sawyer Manufacturing Company designs and produces pipeline infrastructure construction equipment, and has experienced a dramatic and significant increase in exports. Andrew Martins, director of sales and marketing at Tulsa-based Sawyer, explains the growth.

“Sawyer Manufacturing is a company committed to continual growth and innovation, and the exporting side of the business is a significant part of that,” says Martins. “Since its founding, Sawyer has been exporting its equipment nationwide and globally, including all 50 states and more than 50 countries, and in recent years, international business has accounted for nearly 50 percent of the company’s total revenue.” 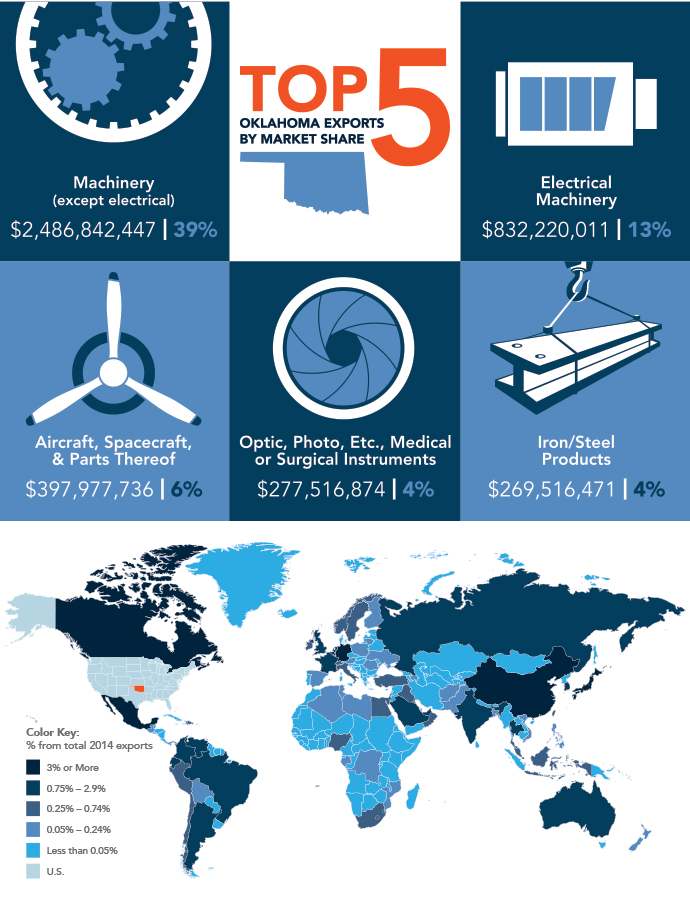