How school districts boost their youngest students’ chances for success. 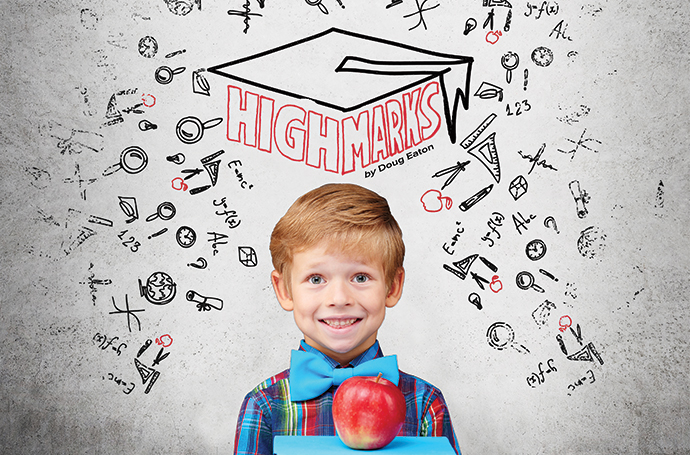 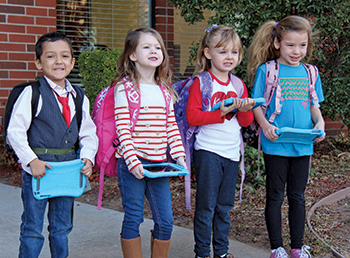 Children in Jenks Public Schools kindergarten and pre-K classes at the Grace Living Center at Jenks.

Oklahoma is receiving accolades for its successes in what many educators contend is the most important aspect of ensuring educational success — effective and innovative early childhood education.

The report scored the states on 65 different education policy points including such factors as teacher preparation, student achievement and developmental screening among others. Only New York ranked higher than Oklahoma.

“The state’s educators started pushing early childhood education back in the early 1990s. One key reason for its success is that it has been around long enough for the legislature to actually see the results. Regarding pre-K curriculum, you have to have patience to ultimately see results,” says Barnett. “Oklahoma leaders were also able to recognize that there were a lot of creative ways for local districts to best serve their pre-K children.”

Prepping for the Future

One of the first districts in the state to employ such methods was Jenks Public Schools.

Shan Glandon, executive director of teaching and learning for Jenks Public Schools, oversees the implementation and development of the district’s programs.

“Oklahoma leaders were also able to recognize that there were a lot of creative ways for local districts to best serve their pre-K children.”
— Jeanene Barnett, Executive Director of Curriculum and Instruction, Oklahoma State Department of Education

“First Steps Academy” is geared for children from six weeks to two years of age and is sponsored by the district’s Community Education office. This provides children an environment to interact with other children and is followed by a program for three- year-olds, which is literature-based with lots of exposure to reading and to picture books.

“We have full day pre-kindergarten at each of our school sites,” says Glandon. “This helps build that readiness for school for our children that is so critical to a child’s educational success.”

“There’s a direct correlation between that strong readiness for reading and being on track at the appropriate reading level,” Shandon explains.

Glandon says that the hallmark early childhood education program is a collaborative effort with Grace Living Center, a nursing home located next to the Jenks Early Learning Center.

Don Greiner, CEO of the Grace Living Center in Jenks, adheres to the Eden Philosophy, which is based on the core belief that aging should be a continued stage of development and growth instead of a period of decline. This approach also incorporates many aspects of life such as children, animals and nature.

Greiner approached Jenks schools officials with the idea of a program to include pre-K and kindergarten students and built an atrium and two classrooms in his facility to enable the plan to come to fruition and provide a center where the senior citizens and children can interact daily.

“We do reading buddies every day where the children and residents read together one-on-one,” Glandon explains.

Another connection is where residents join in play scenarios. “This can be for residents who may have lost some language or vocabulary due to a stroke or other health challenge,” says Glandon. “Shared study” is another learning connection opportunity where the senior citizens can engage students in various math, science or art experiences and share their perspectives on the various subjects.

Ice cream socials sponsored by the nursing home every Wednesday and sing-alongs with the residents provide unique opportunities for the children to interact with the elders.

“It’s amazing to see how the children draw out the senior citizens and vice versa and share thoughts about the seasons, the weather or such topics as pets,” Glandon says.

District officials also constructed several raised gardening beds outside the home that are handicap accessible in which the elders can help the youngsters plant and grow, all the while learning more about nature.

“These are all ‘win-win’ situations for both residents and the students,” Glandon says.

Barnett went on to explain that several other districts in the state have also implemented programs that partners seniors with preschool children. At Enid Public Schools, students from Carver Early Childhood Center attend school at The Commons, a local retirement home.

Chris Smith, early childhood director at Enid Public Schools, shared her thoughts with the State Department of Education about the mutual benefits of bringing small children and older adults together.

“For our children, it teaches empathy, social skills and emotional skills, which are so important for four-year-olds,” says Smith. “It does benefit the residents academically as well because the residents read with them. They work with children who are having difficulty, so they get one-on-one attention they might not get otherwise.”

Ft. Gibson has introduced a similar program with a slightly different spin, providing high school students the opportunity to interact with three-year-olds in a classroom/daycare-type setting. Derald Glover, superintendent at Ft. Gibson Public Schools, explains that he actually got the idea from an educational journal, which he shared with his staff.

“The program is actually part of our Family Consumer Science curriculum,” says Glover. “During the full-day session, the children get exposure to a school environment while our high school students understand how to deal with young children and have the opportunity to learn about early childhood education.”