In Oklahoma, Visitors Can Find the Perfect Vacation Where the Buffalo Roam 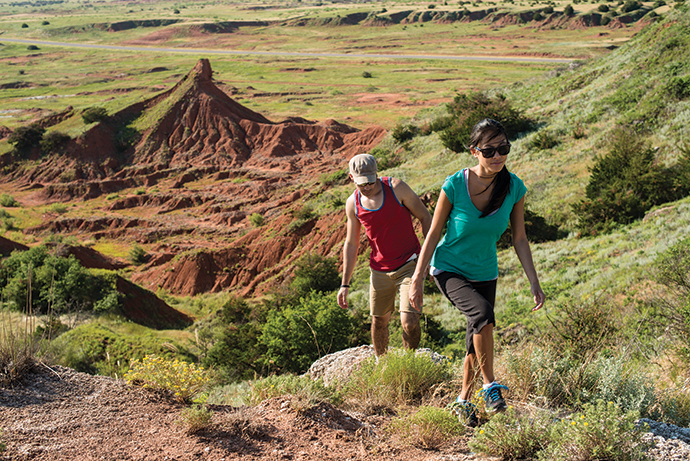 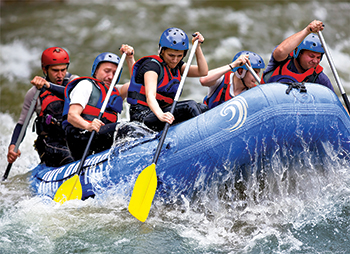 Adventurers can experience a wild ride on the whitewater in the heart of downtown Oklahoma City at RIVERSPORT Rapids, a new manmade whitewater rafting facility at the Boathouse District. The new facility opened this summer after hosting the Team USA Olympic Trials.
Photo courtesy of Riversport RAPIDS

Few states can deliver such a wide variety of culture, adventure and family-friendly trips like Oklahoma can. From 11 different ecosystems, more shoreline than the eastern seaboard and internationally-famous museums and cultural centers, Oklahoma offers countless destinations that appeal to every traveler.

Here are just a few of the state’s most unexpected adventures to share with your family in Oklahoma’s six tourism districts.

Visitors can have a night to remember at The Selman Bat Cave near Freedom, where millions of Mexican Free-tail Bats emerge like a wave of dark smoke to hunt under Oklahoma’s big skies. The Oklahoma Department of Wildlife Conservation holds bat watches each summer for the public.

In Jet, amateur rock hounds can visit the Great Salt Plains from April 1 to October 15 to dig in the only place in the world where these unique selenite crystals are found.

At the Wichita Mountains Wildlife Refuge, hikers and outdoor adventurers can find their souls along the numerous hiking trails and crystal-clear lakes, or camping at one of America’s oldest mountains.

In Central Oklahoma, head to Oklahoma City for three of the most unique destinations and adventures in the state.

While in Oklahoma’s state capital, visit the Museum of Osteology, which features more than 300 skulls and skeletons from all corners of the world and is the first of its kind in America. Heading downtown, make a stop at The American Banjo Museum, a $5-million facility honoring the rich history, vibrant spirit and unlimited future of the banjo with more than 400 instruments, recordings, film and memorabilia associated with the banjo.

Don’t miss a chance to get wild on the water at Oklahoma City’s newest adventure destination, RIVERSPORT Rapids. This new $45-million whitewater rafting and kayaking facility opened in May and offers class II to IV water rapids for whitewater kayaking, canoeing and rafting.

In Southeast Oklahoma, one of the most unique towns to visit is Hugo, once known as Circus City, USA, and home to the Mt. Olivet Cemetery. The cemetery has an area called Showmen’s Rest and Bull Rider’s Reprieve, the burial ground of famous circus stars and rodeo cowboys.

Hugo is also the site of the Endangered Ark Animal Sanctuary, a home for retired circus elephants and the second largest elephant herd in North America.

Head toward Talihina and drive Oklahoma’s famous winding highway. Winding 54 miles along the crest of mountains in the Ouachita National Forest, the Talimena Scenic Drive is full of stunning vistas and unique attractions. 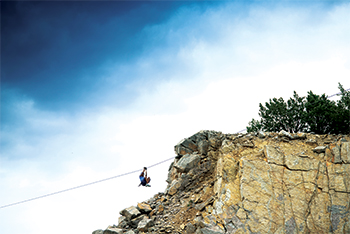 Adrenaline junkies will have their fill of high-flying action in Davis at the Air Donkey Zipline. Zip tours feature more than a mile of zipping through tree tops on six zip lines and one sky bridge.

North of Davis, visitors can explore Pauls Valley’s Toy & Action Figure Museum. With more than 13,000 action figures, drawings and more, the museum is a favorite destination for children and collectors alike.

The Chickasaw Cultural Center in Sulphur is a gem of Native American art, culture, history and more. The center presents performances, reenactments, demonstrations, collections and exhibits, making it one of the largest tribal cultural centers in the US.

Woolaroc Museum and Wildlife Preserve, created by Phillips 66 oilman Frank Phillips, features one of the nation’s most extensive collections of Western art, Native American artifacts and Colt handguns on a 3,700-acre wildlife preserve filled with 30 varieties of native and exotic animals and birds.

The Price Tower in Bartlesville was world-renowned architect Frank Lloyd Wright’s only realized skyscraper and is now a boutique hotel.

Tenkiller State Park in Vian has a new Scuba Dive Park in the clear waters of the Tenkiller Lake. The lake, known as one of the deepest in the area, is a favorite for scuba divers who find rock formations, hills and intriguing terrain in the crystal-clear waters. 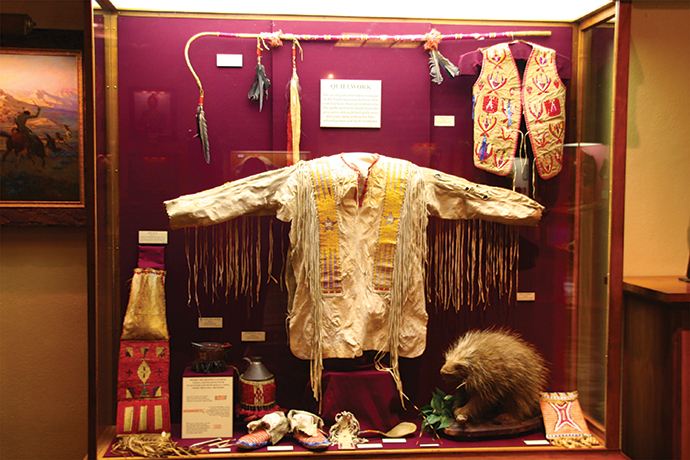