Cleared for Take Off

The sky’s the limit for Oklahoma’s aeronautic industries. 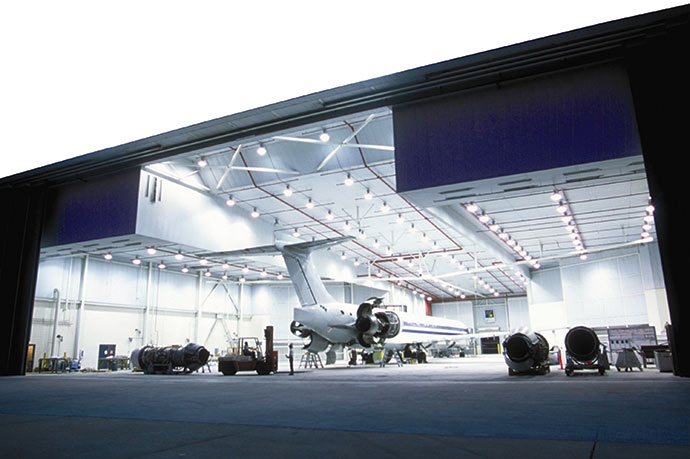 AAR is one of many aerospace companies attracted to Oklahoma’s clear skies, clear runways and clearly qualified workforce.
Photo courtesy of AAR

"Oklahoma's favorite son" Will Rogers wasn't just a famous vaudeville performer; he was also a frequent flyer. The only thing Rogers loved more than being on stage was being on planes, soaring cross-country. Eighty years after his death, it's especially fitting that Rogers' home state ranks as one of the world's leading aviation and aerospace capitals.

Oklahoma's aeronautics history is one of remarkable twists and turns, involving oil barons (Erle P. Haliburton) and bomb girls (Rosie the Riveter), and evolving from Charles Lindbergh in a single-seat airmail monoplane to atmospheric drones flying into the eyes of storms to help predict natural disasters.

As for the secret to its staying power, Will Rogers said it best:

"Even if you're on the right track, you'll get run over if you just sit there."

Since its humble beginnings, Oklahoma's aviation sector has refused to sit still. Its embrace of the future has outweighed nostalgia of the past. And today, the sector is an undeniable jet-engine of Oklahoma's economy, employing roughly 120,000 people at more than 500 aerospace and defense companies.

A key sector is MRO, maintenance, repair and overhaul. Basically, where all the fine-tuning, designing, inspecting, and overhauling of aircrafts meant for sky and space get done before they're cleared for takeoff.

American Airlines relocated its MRO operations from NYC's La Guardia to Tulsa, Oklahoma in 1946, an unrecognizable time of propeller planes and non-pressurized cabins. It hasn't always been a smooth flight, so to speak, capped off by the most recent bout of turbulence: November 2011, AMR Corp., American Airlines' parent company filed for bankruptcy, sending the carrier into an uncertain future for both the airline and its Tulsa-based MRO facility.

But in 2013, American Airlines merged with US Airways. The two legacy carriers made their official, unified debut as American Airlines Group, Inc (AAG) on December 17, 2015. Since then, AAG, Inc. has soared, topping Fortune's 2016 list of best business turnarounds to become the largest airline on planet Earth.

The consolidation has yielded a new and improved AAG, 2.0; its stock (ticker symbol: AAL) joined the S&P 500, its planes upgraded their Wi-fi, increased seating, and got a new logo; and the average age of its armada has gone from 14 years old to the "youngest fleet among the U.S. operators."

Which begs the question: Has the new AAG gotten too big for its Tulsa britches?

"With more than 5,200 employees, American has been well established as one of Tulsa's largest employers for the past 70 years. During that time, we've seen our industry and business change dramatically, but the city's support has never wavered. Local investments help us sustain our current workforce and establish a path for continued success in Tulsa."

AAG's pro/con list for staying in Tulsa is heavily one-sided, to the pros. Among them:

Don't 'Tinker' with a Good Thing

That same exhaustive list of incentives has won the 75-year long loyalty of Oklahoma's other aeronautics juggernaut, Tinker Air Force Base in Oklahoma City.

There, the world's largest MRO facility for the Department of Defense and largest aircraft-maintenance complex and military-aviation center in the world tunes up, tweaks, calibrates, and test runs a wide range of military aircraft, missiles, avionics software, and accessory components – in addition to being the nerve center for 31 weapons systems, 10 commands, 93 Air Force bases, and 46 foreign nations.

Per a June 2016 report by the Greater Oklahoma City Chamber, there were 17,884 civilian Air Force workers at Tinker in 2015, making it the state's largest single-source employer.

In 2015, Tinker acquired 158 acres to be used as a depot maintenance facility for the aerial refueling aircraft, the KC-46A Pegasus. This next-gen military tanker was called the "bedrock for the next 50 years" by Lt. Gen. Bruce Litchfield, Air Force Sustainment Center commander. The growth opportunity for software engineers alone is remarkable, considering the KC-46 uses about 15 million lines of code, versus the veteran F-16, which uses about 300,000 lines.

From Tinker to AAG, and every other green dot marking Oklahoma's aeronautics' coterie, the future seems firmly planted in Oklahoma, where a supportive infrastructure enables expansion and experimentation, the preservation of old models and the pioneering of new technologies. 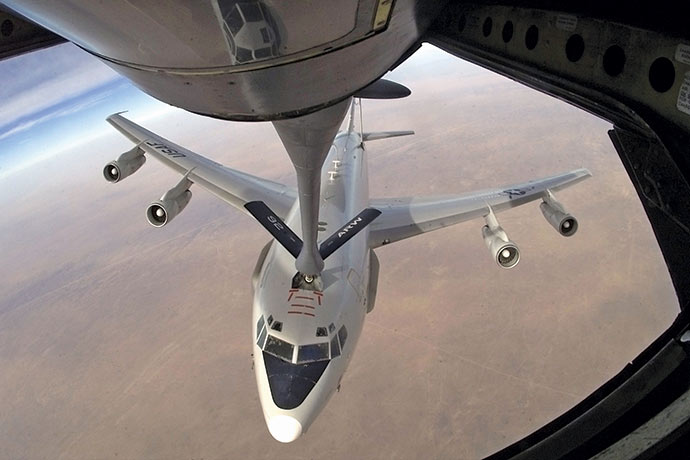