BUILDING A TECH HUB ON THE WEST COAST

From cybersecurity to fintech, an alternative to Silicon Valley is emerging. 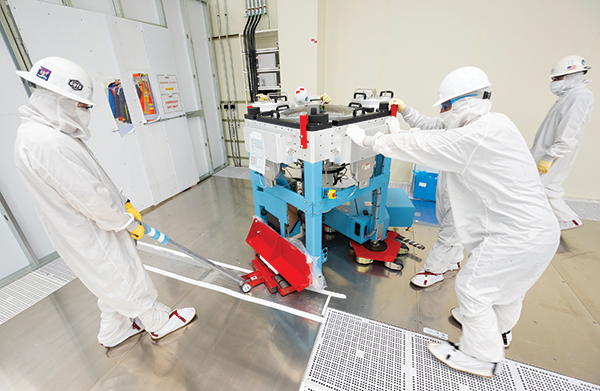 From the early days of Tektronix and Intel to the robust startup world of today, Oregon has long been a national and global leader in high technology.

While it may not get the publicity of Silicon Valley, Seattle, Boston and other high-tech markets, Oregon boasts a tech sector that is growing and making a worldwide impact.

According to the Technology Association of Oregon, some 7,349 firms employ 93,887 tech workers statewide. On average, these employees earn $141,991 a year in wages.

Skip Newberry, president and CEO of the Technology Association or Oregon (TAO), says that “most people don’t know this, but we are more silicon than Silicon Valley.”

Intel is finishing building its $3 billion microprocessor factory in Hillsboro, Oregon, and Tektronix recently celebrated its 75th anniversary of doing business as a testing and measuring device manufacturer in the Beaver State.

“Being quiet and somewhat under the radar enables the state to grow its technology market in a more mature way,” says Newberry. “Portland is a quieter market. It allows for startups to grow in a very capital efficient way. We are a very competitive West Coast hub for people who want to start up here. In the last 10 to 15 years, there has been a maturation of the startup ecosystem. Access to capital is not the issue that it was 15 years ago.”

Oregon’s next frontier, according to Newberry, is fintech. “You don’t think of Oregon as a financial hub,” he says. “APEX Clearing Corp. has its product team here. Simple is a retail bank that is very tech-forward. It was acquired by BBVA, a large bank based in Spain. A lot of the Simple folks went off and started their own companies in Oregon. Because of that and other recent events, we have a fintech sector in our state now.”

Even more traditional Oregon companies have gotten in on the act, says Newberry. “Nike has become more of a tech company over the years. They have emerged in the ecommerce space. A lot of people have left Nike and gone on to launch their own startups. Many of these startups straddle apparel and tech.”

Investments from Phil Knight, Nike, the University of Oregon and Oregon State University have played pivotal roles in fueling the rise of tech in the Pacific Northwest.

“OSU has a strong research component in robotics and therapeutics. This is an exciting time for digital health,” says Newberry. “Under Armor, Adidas North America and Nike are here. So is Columbia Sportswear. Technology is in the middle of all these businesses.”

“Most people don’t know this, but we are more silicon than Silicon Valley.”

The Pacific Northwest is also known as a place for environmental consciousness, and that has spawned a cluster of tech development in related fields, says Newberry. “Companies are doing work in materials technology and cleantech. Portland General Electric has been very innovative with electric vehicle charging stations and renewable energy technology. Battery storage is a rising sector in Oregon, and that creates spinoff effects.”

Other emerging tech sectors in Oregon include cybersecurity, data science, data analytics and related fields. Combined, technology employment in Oregon accounts for $25.1 billion in gross regional product and annual earnings of $13.7 billion, according to TAO. These workers pay over $662 million a year in taxes.

Venture capital is on the rise as well. In 2020, VC funding totaled just over $600 million in Oregon — marking three straight years exceeding that figure. The highwater mark came in 2019, when the total reached $706 million. The progress is remarkable when you consider that Oregon began the decade by garnering just $109.5 million in venture funding in 2010.