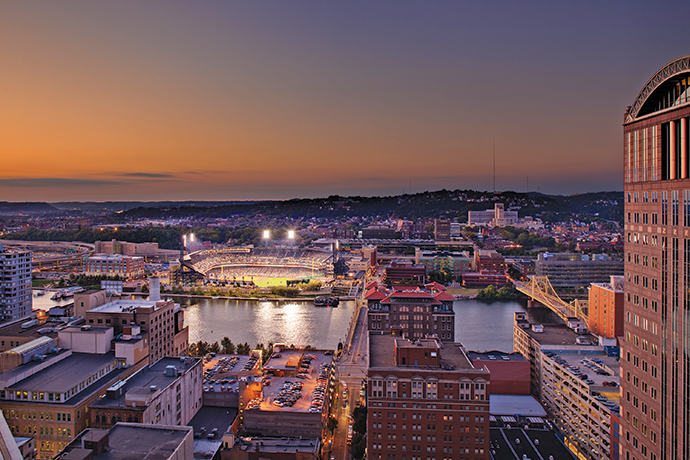 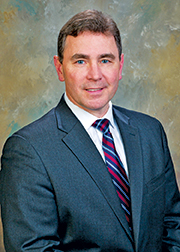 urning around a state’s business climate is about as easy as turning around an aircraft carrier going full-speed. It must be done with great care, a lot of patience and precision.

Dennis Davin, secretary of the Pennsylvania Department of Community and Economic Development (DCED), says that Gov. Tom Wolf and the entire team at DCED are up to the challenge. With a bold agenda and an aggressive spirit, the leadership of the Commonwealth is embarking on nothing less than an attempt to make Pennsylvania one of the top states in the nation for doing business.

In an in-depth interview with the Pennsylvania Economic Quarterly, Secretary Davin addressed this and other topics.

What is the one thing about Pennsylvania that you wish most business executives around the country and world knew?

SECRETARY DAVIN: Pennsylvania is truly built to advance businesses because we have the unique combination of resources and assets businesses need to flourish.

The commonwealth has abundant natural resources. Pennsylvania is home to the world’s largest unconventional natural gas field. We have 2.5 trillion gallons of surface water and 80 trillion gallons of groundwater. And, we have 7.7 million acres of farmland.

Pennsylvania’s strategic location is also a huge advantage. Pennsylvania is located within a day’s drive of six of the top 10 markets in the US and 60 percent of the population of the US and Canada. And we have the infrastructure to support industries and move goods. Pennsylvania is home to three ports, four Class I railways, six international airports and 40,000 miles of state roads.

We also have a world-class university system, including four of the top 50 educational institutions in the nation (University of Pennsylvania, Carnegie Mellon University, Lehigh University and Penn State University) and more than 300 institutions of higher learning. This parlays into our dedicated workforce of more than 6.4 million, with more than 40 percent of Pennsylvanians between the ages of 25 and 34 earning college degrees.

In addition to Pennsylvania’s differentiating strengths, it’s important to know that our governor, Tom Wolf, is a successful business owner himself, having launched a family manufacturing business in south-central Pennsylvania that has continued to evolve, grow and prosper. Governor Wolf understands the challenges business executives face every day. He is committed to creating a pro-business climate in Pennsylvania as a way to create jobs that pay for Pennsylvania citizens.

What is your agency doing to spread the word about your state as a business destination?

DAVIN: Our agency is very involved in trade shows that support a variety of industries, including the BIO International Convention, the Specialty Food Association’s Summer Fancy Food Show, NPE Plastics and others. We tap into our network of local economic development partners across the Commonwealth to tell the Pennsylvania story at these industry conferences and encourage companies in our top industries to consider Pennsylvania.

Each year, DCED hosts familiarization tours for trade media journalists to experience our thriving industries first hand. These tours result in media coverage for both the state and the companies who welcome the journalists into their facilities.

Additionally, Pennsylvania has the largest network of overseas offices and representatives of any US state. Our Office of International Business Development provides support and technical assistance to companies looking to relocate or expand in Pennsylvania.

We also have a strong social media program and channels that we utilize to share business success stories and key information with in- and out-of-state companies and business decision-makers.

What are your agency’s top three priorities for the coming year?

To create a pro-business climate, we are working to reduce the Corporate Net Income Tax by half within three years and eliminate the Capital Stock and Franchise Tax to level the playing field for all Pennsylvania businesses. Governor Wolf also aims to improve schools and reduce property taxes to help attract and retain business-owners and entrepreneurs, as well as help businesses target new talent for relocation.

Manufacturing has been at the heart of many communities and the growth of our middle class. Governor Wolf’s administration and our agency want to build on this Pennsylvania tradition to create new, good-paying jobs. Part of our plan is to leverage the talents of our research universities to advance manufacturing technology and commercialization in collaboration with the state’s Industrial Resource Centers.

Are you finding that other regions of the state are now also emerging as top performers?

DAVIN: Greater Philadelphia and the Pittsburgh Region have long been recognized as top performers in economic development. While I am partial to the work done in the Pittsburgh Region, having spent nearly 30 years in economic development in the area, the Lehigh Valley region has emerged as a top performer. The region has been recognized by Site Selection magazine as the best performing region of its size for economic development in the northeastern United States in its prestigious Governor’s Cup Awards rankings for 2014. The region is the fastest-growing in the state and is home to more than 15,000 businesses.

What are some emerging industries in your state that aren’t well-known now but soon will be?

DAVIN: Pennsylvania is the second-largest producer of natural gas in the US, and while Pennsylvania shale gas is driving down energy costs, it is also opening new opportunities for plastics manufacturers. The availability of Natural Gas Liquids (NGLs) is drastically lowering the cost of plastics production by providing ethylene as an inexpensive feedstock alternative in addition to propylene. Many of the long-established plastics companies in Pennsylvania are seeing renewed growth because of the shale gas development.

Additionally, people might not think high-tech when they think of Pennsylvania, but they should. We boast a robust incubator system, coupled with an abundance of higher education and research institutions. We are fostering the next generation of entrepreneurs and transferring new technologies to the marketplace. Pennsylvania is ranked third in the United States for private equity investment and in the top ten states for video game development.

With a new Governor often comes a new approach to economic development. What changes can we expect in Pennsylvania under the leadership of Gov. Tom Wolf?

DAVIN: Coming from the private sector as a manufacturer and business leader, Governor Wolf wants to focus on making new investments in 21st century manufacturing and set-up the Commonwealth for private sector growth. By bringing back manufacturing jobs to Pennsylvania, we can create and retain good jobs while strengthening the middle class.

Governor Wolf will also draw on his experience as the former Secretary of Revenue for Pennsylvania to reform our corporate tax system, to make Pennsylvania more competitive and level the playing field for businesses of all sizes.

How will Pennsylvania continue to build upon its long tradition of being a global leader in biotech and the life sciences?

DAVIN: In addition to Governor Wolf’s commitment to creating a pro-business climate for all industries, he will continue support for long-standing biotech and life science programs, including the Life Sciences Greenhouses, Ben Franklin Technology Development Authority (BFTDA), Venture Investment Programs and the Research and Development Tax Credit program.

Recognized nationally and internationally as a model for technology-based economic development, the BFTDA ensures that the variety of technology-based economic development organizations and initiatives throughout the commonwealth are working collaboratively to fully leverage the wealth of research, capital sources and support services available to build a comprehensive infrastructure that supports company growth.

In the last fiscal year, the four regional Benjamin Franklin Technology Partners (BFTPs) leveraged more than $363.2 million in matching and follow-on funding, creating 1,365 jobs and retaining 943 jobs. Ninety-six new companies were launched, through the support of the BFTPs, with an additional 1,275 businesses being assisted.