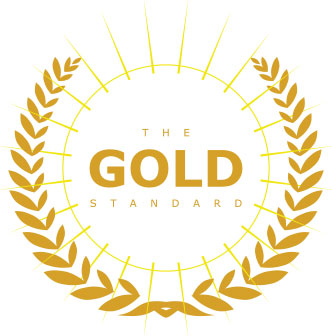 Since 1989, the Ben Franklin Technology Partners (BFTP) has boosted the Pennsylvania economy by more than $23.5 billion, generated 51,000 jobs in client firms and added 89,000 more jobs beyond those client firms. In 1983, the commonwealth created the four-center, state-funded economic development initiative to play a leadership role in strengthening regional economies, building the technology economy and creating and retaining high-wage, high-skilled jobs.

“BFTP’s primary mission is to serve Pennsylvania citizens and our funding partners by growing the economy and creating jobs and wealth,” says Ryan Glenn, director of statewide initiatives, BFTP. “We accomplish these goals by supporting early-stage innovation companies, helping to convert research from our highly respected higher education institutions into jobs and companies, and by helping established manufacturers become more competitive in the global marketplace.” 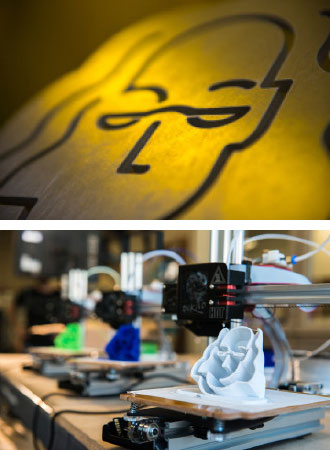 In its November 2015 national newsletter, the United States Economic Development Administration (EDA) called Ben Franklin Technology Partners “one of the most successful projects EDA has ever supported.” Manufacturing employs over a half million workers in Pennsylvania, from a highly skilled labor force of more than 6.4 million, educated at nearly 300 universities, two-year colleges and trade schools. And BFTP is lending a hand in helping investments in manufacturing grow even more.

“BFTP has become the gold standard for technology-based economic development in the country,” says Glenn. “BFTP is a national and international model honored with numerous awards and commendations from the President, U.S. Department of Commerce and International Economic Development Council.”

The success of BFTP’s portfolio of clients ripples throughout the state’s economy, contributing to new jobs, growth and investments. With a crucial role in the commonwealth’s transition to a globally competitive economy, the organization uses capital, knowledge and a series of networks to ensure that companies are growing and citizens have access to quality, high-paying jobs.

This pioneering organization knows, from more than 31 years of experience, that new and established companies have many needs beyond finances. Experts at BFTP provide companies with real-world expertise in product development, marketing, fundraising, accounting, operations and more. Each of its four regional partner offices couples its financial commitment with access to a wide range of mentoring, business and technology development services to build a clear plan for growth. They also sustain regional technology commercialization partnerships to bring products to market faster.

In order to help companies grow, BFTP provides critical seed and risk capital to start and grow technology firms throughout the commonwealth. The initiative also invests in seed and early-stage Pennsylvania venture funds, working closely with venture capitalists, angel groups and other sources of public and private investment to help portfolio companies secure the capital they need to grow their businesses. But support also goes out to established manufacturers through investments in innovation and access to a network of university and industry experts and facilities.

BFTP works with ventures that have the potential for future growth through the development of a new technology or an innovation application of existing technology. To qualify as clients, companies should either be willing to relocate to Pennsylvania or already located there. Based on location, clients are served by one of the four BFTP organizations headquartered in Bethlehem, Philadelphia, Pittsburgh and State College.

Glenn says, “We will continue to look for other organizations and institutions to partner with in this endeavor, including federal agencies, local governments and other municipal agencies as well as private corporations and financial institutions.” 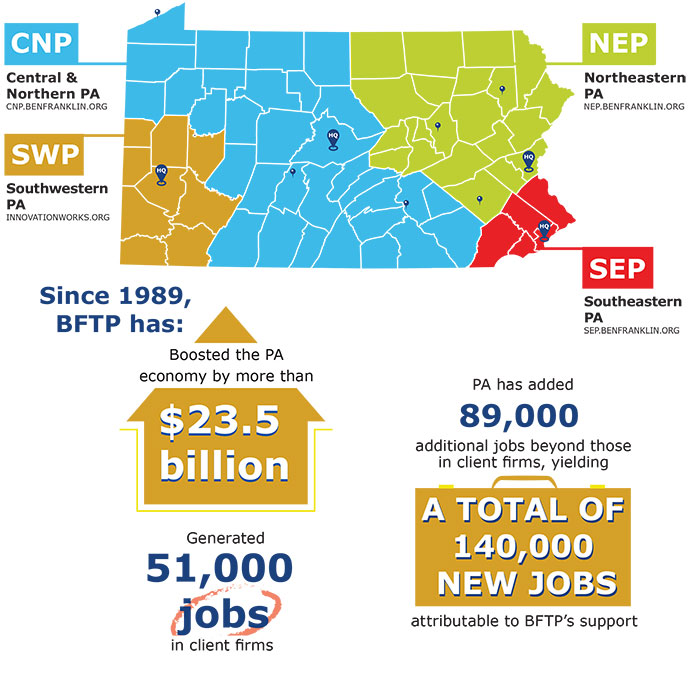