When Economic Development Is a Science 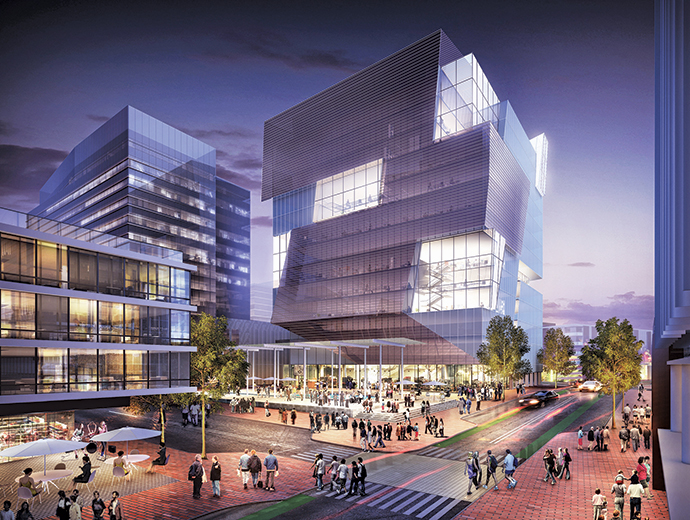 A vision that began 53 years ago has blossomed into a science-based economic juggernaut whose impact is being felt all over Pennsylvania and around the world.

It’s called the University City Science Center in Philadelphia, the first and largest urban research park in the nation, and it is changing lives for the better as it pumps billions of new dollars into the Pennsylvania economy.

Christopher Laing, vice president of science and technology for the University City Science Center, says that the center has risen to prominence largely due to the unique business model that established it in 1963.

“We are a nonprofit organization that was established as a shareholder-owned organization,” he says. “Multiple universities and research institutions in the Greater Philadelphia area are the shareholders.”

That list includes such luminaries as Drexel University, University of Pennsylvania, the Children’s Hospital of Philadelphia, and many other colleges and research institutes.

“We were established as an economic development organization,” Laing says. “An urban renewal project was part of the original plan. University City was actually a blighted area in 1963. It was an old industrial area where industry had moved out. The goal was to create an engine for urban renewal by working closely with universities to commercialize ideas from the lab. Real estate development and programmatic initiatives were part of the plan.” 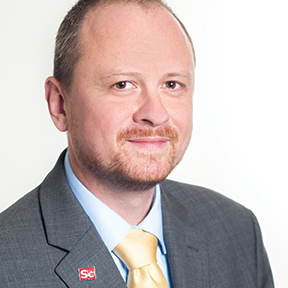 “We are looking into how to engage the local community in employment opportunities created by the new companies being created here at the Science Center.”
— Christopher Laing, Vice President of Science and Technology, University City Science Center, Philadelphia

Fast-forward 53 years, and it’s safe to say the dream has been realized.

From a meager start of one building on 17 acres in 1963, the campus has grown to 15 buildings on the campus with 2.5 million sq. ft. of space built out today.

“We completed a relationship with a property developer who specializes in biomedical research parks to expand into another 10 acres, so today the entire campus is around 27 acres,” Laing adds. “This is a very significant time for the Science Center. This is the first time we have changed the boundaries of the campus. We have re-envisioned the neighborhood under the name ‘The uCity Square.’ ”

“Quorum is a community engagement program housed at 3711 Market Street, our headquarters,” says Laing. “It convenes a community of entrepreneurs, inventors, innovators, and investors. We hold networking events, seminars, meet-ups. It opened in 2011. Since then, Quorum has hosted more than 800 events. Quorum will be a significant part of our vision for the expanded campus.”

“Our second major initiative is workforce development,” he says. “We focus on fostering STEM education plus the arts. We focus on middle school kids and their educators. Groundbreaking programs engage kids in STEM or STEAM programs. This group has been recognized nationally by the White House for its work.”

Laing says that one priority of this program is to see more local people employed by the companies being created at University City.

“We are looking into how to engage the local community in employment opportunities created by the new companies being created here at the Science Center,” Laing says. “We are very committed to that. As the companies are maturing and being attracted to the area, we want those job opportunities to be available to the people in the neighborhood.

Under the third initiative — commercializa-tion — Laing says the goal is to strategically direct resources to pre-company projects and companies. “We run business incubation programs and help create new companies,” he says.

Over the course of more than half a century, the Science Center has produced more than a few success stories of note. Perhaps the most famous corporate graduate is Centocor, which today is owned by Johnson & Johnson and does business as Janssen Biotech.