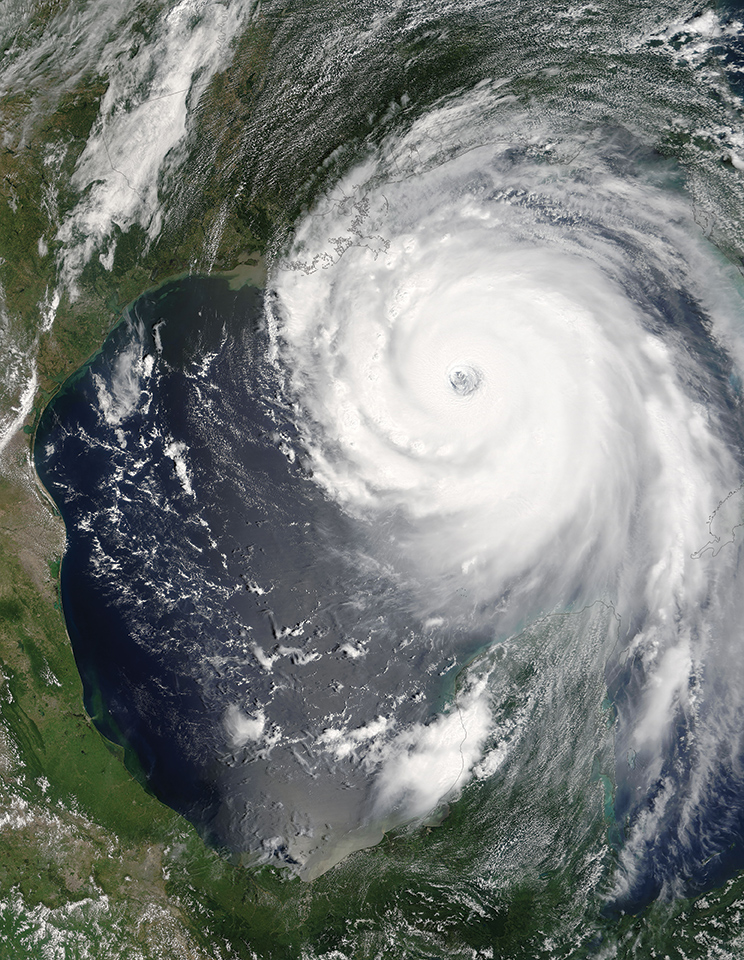 An emphasis on operations and quality of life set the pace for post-Katrina infrastructure. 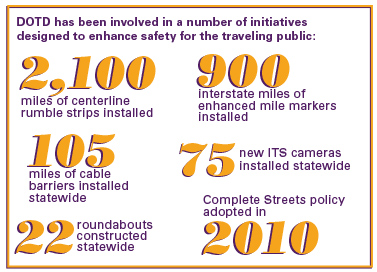 Ten years ago, the devastation of Hurricane Katrina proved to be something of a blessing in disguise for transportation in southeast Louisiana. Local, regional and state authorities pitched in on emergency repairs and accelerated or expanded on their former plans to upgrade infrastructure — roads, bridges, traffic controls and multimodal systems. While devastating to local residents and businesses, the storm gave a kick start to a number of projects that will positively impact the economy and quality of life in the region for decades to come.

Within hours of the storm’s passing, locally based road crews from the Louisiana Department of Transportation and Development (LADOTD) and city and parish public works agencies were in action; clearing critical roadways and beginning the process of assessing damage in areas that did not experience major flooding. During the first two days, public agencies unaffected by the devastation were staging crews to help with emergency repairs to signs, signals and bridges.

As temporary repairs to the levees were initiated and floodwaters pumped out, additional efforts were put into motion to engage contractors in the process of clearing debris and repairing vital infrastructure. An ongoing regional effort to upgrade traffic signals in the area was accelerated by the storm recovery, as 180 signals completely destroyed in the city were replaced and upgraded over the next two years. Other damaged signals were upgraded, and projects to connect them have continued with the goals of addressing traffic congestion, reducing maintenance costs and improving air quality in the region.

One of the iconic symbols of damage to the transportation network was the destruction of the I-10 Twin Span Bridges. A vast tidal surge was forced out of Lake Pontchartrain after the storm center passed, the same flooding that breached levees and floodwalls along the canals designed to drain the city. An emergency contract was let to reassemble undamaged spans of the bridge and restore temporary two-way traffic on one side of the bridge allowing traffic to flow once again between New Orleans and Slidell just 47 days after the storm.

Additional salvaging of spans and installation of two modular steel temporary bridge sections allowed the Interstate connection to be opened to four lanes on January 9, 2006. In the meantime, plans were being developed by LADOTD to construct the replacement Twin Spans with new structures that now provide six traffic lanes, full shoulders and an elevation of 25 feet above mean lake level versus the original bridges’ 8-foot elevation. Completed in the fall of 2011 at a cost of over $750 million, the new bridges feature increased survivability from future storm surges, also providing increased capacity for both emergency evacuations and day-to-day traffic volumes, which have increased more than 30 percent since their pre-Katrina levels.

A number of projects already in the works continued or were accelerated in the wake of Katrina. The widening of I-10 from Veterans Boulevard in Metairie to the Orleans-Jefferson Parish line was completed by LADOTD, along with the complete reconstruction of the I-10/Causeway interchange in two phases, significantly relieving congestion in this corridor. The widening of the Huey P. Long Bridge, completed in 2013, has virtually eliminated congested traffic across the river at this crossing and improved operation of both approaches. The bridge now provides six travel lanes, each 11 feet wide, plus shoulders, and replaces the old roadways.

Among the notable operational and safety improvements coming to fruition since Katrina is the Intelligent Transportation Systems (ITS) network being deployed throughout the region. The focal point of the ITS network is the Regional Transportation Management Center (RTMC) that serves as the control center for nearly 200 video cameras, 30 changeable message signs, 62 traffic counters, and seven Motorist Assistance Patrol vehicles that monitor and facilitate traffic on major arteries in the region. The RTMC control room allows staff to monitor daily incidents, road closures or emergency evacuations. Safety improvements being emphasized in the last 10 years include conversion of traditional intersections to modern roundabouts, improved access management techniques in regulating access to land development, and upgraded striping and signing at pedestrian crosswalks.

True to New Orleans’ heritage, renewed emphasis on quality of life and neighborhood preservation has characterized many of the infrastructure improvements since Katrina. Restoration of damage to the St. Charles and Canal Street streetcar lines has been complemented by construction of the new Loyola branch line connecting the Union Passenger Terminal to Canal.

The long anticipated St. Claude-Desire streetcar line work is also now underway. Thanks to the efforts of the Regional Planning Commission, city, parish, and state agencies, bicycling is becoming a viable alternative to cars as bicycle lanes are now a part of the Complete Streets package. In support of Complete Streets, NORPC worked to have 39.5 miles of bike lanes installed in conjunction with the repaving of streets under the Submerged Roads program, while LADOTD incorporated bike lanes into resurfacing projects on St. Claude Avenue, Gentilly Boulevard and Broad Street after the storm.

The development of the Lafitte Greenway and reconstruction of a portion of Magazine Street with full bicycle and pedestrian amenities are other recent examples of the livable community philosophy. Perhaps the most ambitious transformation is the pending Road Diet reconfiguration of Tulane Avenue from six lanes to four lanes with a larger median and turn lanes, plus bike lanes, which are expected to offer improved operation and an enhanced quality of life for residents and businesses as they are attracted to the new University Medical Center and VA complexes being established in the corridor.

In spite of all the dollars spent and expectations realized, one of the most important outcomes of the storm and its aftermath is a new spirit of cooperation among public agencies — from engineering, to planning, to law enforcement — at all levels of government, and in the private sector as well. Just as transportation professionals were required to work together more closely than ever before, the enduring spirit of the Katrina recovery has pervaded infrastructure and development initiatives ever since.