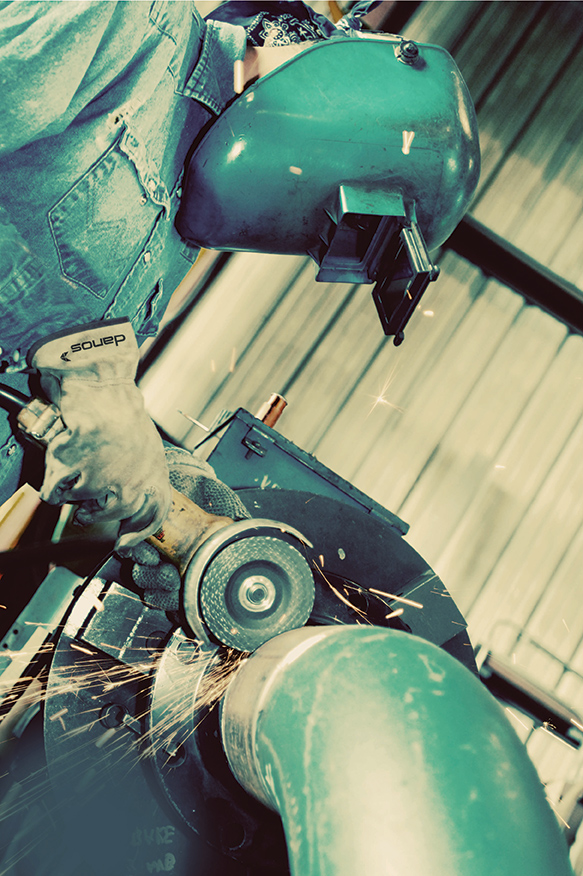 The only thing stronger than Louisiana’s oil & gas infrastructure is the network of relationships among the firms that continue to build and operate it. 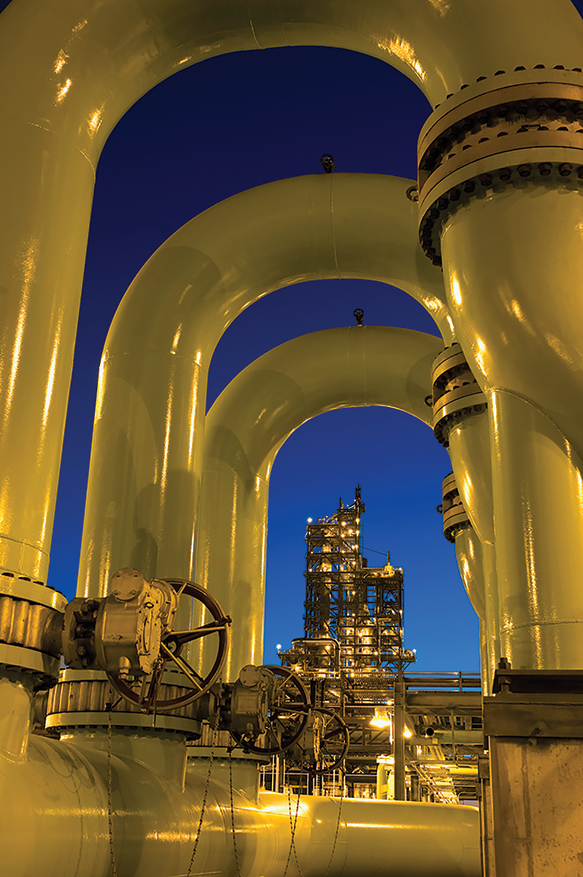 Since the depths of the recession in 2009, Louisiana has been second only to North Dakota in industrial load growth, at 20 percent. The US Energy Information Administration (EIA) says Louisiana is second to Wyoming in total energy consumed per capita, at 828 million Btu. That’s saying something, given that the state’s population of 4.6 million is significantly greater than other top states in that category (Alaska and North Dakota among them).

“There are about 300,000 people who work along the Gulf of Mexico in the energy industry alone,” says David Dismukes, LSU Center for Energy Studies director. ”We import along the Gulf Coast about 60 percent of all of the crude oil in the US. About 40 percent of the refining capacity in the US is located in this region as well. So it’s a very concentrated and important area of the country.”

In the Liquefied Natural Gas (LNG) export terminal category alone, the Federal Energy Regulatory Commission had approved six new Gulf Coast terminals as of August 2015, with three of them in Louisiana and two of those under construction (Cheniere in Sabine and Sempra/Cameron in Hackberry). Of the 23 LNG export terminals proposed to FERC in the pending or pre-filing phase, nearly a third are in Louisiana, including multiple facilities in Plaquemines Parish.

Pennsylvania-based transportation planning and economics consultancy Martin Associates reports that Gulf Coast ports account for 4.3 million of 23.1 million jobs (18 percent). Gulf Coast port business accounts for about $1 trillion of the national figure of $4.6 trillion — and that doesn’t even count inland ports, where energy’s profile is nearly as robust.

The Port of Baton Rouge is a case in point. It’s where Genesis Energy is investing $150 million in a new oil storage and import/export terminal on the Mississippi River’s west bank, with much of the capital going toward tanks and pipelines connecting to ExxonMobil’s Anchorage Tank Farm in West Baton Rouge Parish.

Louisiana’s energy profile is as much about services as it is about equipment. Often it’s a combination of both.

The metro area of Houma-Thibodaux, Louisiana, deep in the Bayou, is best known as a hub for offshore oil and gas and shipping/transport services. A recent report from the Greater New Orleans Community Data Center noted that Port Fourchon “services about half of all drilling rigs in the Gulf of Mexico and over 75 percent of deep water oil production in the Gulf — equating to about 18 percent of the nation’s oil supply and 20 percent of the domestic natural gas supply. The port also serves as the land base for the Louisiana Offshore Oil Port (LOOP), which handles about 14 percent of foreign oil imports and connects to 50 percent of US refining capacity.”

In July 2015, Danos Group, a third-generation Louisiana company in the offshore services sector, hosted a grand opening for its new $10-million, 64,000-sq.-ft. corporate headquarters in Gray, having moved from its longtime home in nearby Larose. With space for 250 employees, the complex on 11 acres blends modern elements with natural surroundings — just as Houma-born architect Greg Lacour of Houston-based firm Gensler intended.

“Everybody that works for us is part of our family,” said Executive Vice President Eric Danos.

“The Danos family business has deep roots in South Louisiana — the heritage and culture of this area are important to who we are as a company,” CEO Hank Danos said when the project was originally announced in May 2013.

“The Danos family, now in its third generation of service to our community and region, has not only survived both the natural and manmade challenges of the world, it has been doggedly defiant in its resiliency to prosper and grow,” said Vic Lafont, president and CEO of the South Louisiana Economic Council.

After a separate site selection process whose scope stretched across the entire Gulf Coast, Danos launched operations in late 2014 at a new fabrication facility in Amelia, La., and plans to hire 150 over the facility’s first 12 to 18 months of operations.

“The demand for our services is growing rapidly, and the size, location and condition of the Amelia facility allows us to better meet the needs of our customers,” Eric Danos said. Overall, the company anticipated adding 426 jobs over the next five years to its 1,600-employee payroll (1,100 in Louisiana).

Clients are the biggest of the big: Chevron, Shell, BP and Exxon among them. Danos says as the industry moves farther offshore into deeper water and the higher pressures that come with it, “the size and scale and complexity increase in direct proportion. Specialized alloys are used more. Weight and dimensions are increasing. On all fronts, technology is increasing, which drives demand for different products.”

Meanwhile, the company is allocating its resources earlier and earlier in projects, setting itself apart with its level of both technical sophistication and working relationships. “There’s quite a bit of collaboration up the chain,” Danos told Site Selection magazine in describing his team’s integrative work with the big oil companies and third-party engineering firms. “An integrative approach produces a better outcome.”

Louisiana’s economic developers couldn’t have put it better themselves.

The Henry Hub in Erath, La., is the interconnect for nine interstate and four intrastate pipelines that provide access to major markets throughout the country; Henry Hub is used as the pricing point for natural gas futures trading on the New York Mercantile Exchange. The Louisiana Offshore Oil Port (LOOP) is the only port in the United States capable of offloading deep draft tankers. Both continue to play vital roles in the North American energy picture.

In August 2015, LOOP officials announced that their Clovelly Hub, one of the nation’s largest oil trading and distribution centers for crude oil, would be adding 1.1 million barrels of crude oil storage in Cut Off, located in South Louisiana. The new tanks will join 15 other crude oil storage tanks now in operation at the Hub and bring total capacity of aboveground storage to 10.1 million barrels. Additionally, 60 million barrels of capacity comprise the underground storage operation at the Hub.

“Expanding North American production has made the Clovelly Hub an even more attractive destination for crude producers and shippers demanding high-volume storage and ready access to refiners,” said Tom Shaw, president of LOOP LLC. “Last year was the first time in 34 years that that we received, stored and distributed more domestic crude oil than foreign,” said Shaw.

LOOP has safely received and distributed over 12 billion barrels of crude oil to fuel the nation since it began receiving crude oil shipments in 1981, and employs more than 200 at its operations offshore in the Gulf of Mexico, Clovelly Hub, Port Fourchon, St. James and Covington.

The LOOP Deepwater Port opened in 1981 to accommodate large crude oil carriers from around the world, and has never had a holiday.

“Making this happen required a team, and most of our team players were our neighbors right here in South Louisiana,” said Shaw. They included Blackwater Diving in Houma; Tetra Technologies in Port Fourchon; Audubon Field Services in Metairie; four different regional design and engineering firms; and three area construction firms — including Danos. 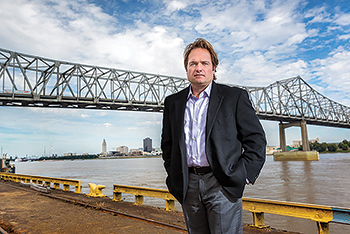 "LSU is very well positioned for energy research, primarily because of our longstanding relationships with industry that originated in the Gulf of Mexico in this particular area," says David Dismukes, director of the Center for Energy Studies at LSU in a Q&A on the Power Players Web portal. "If you look up and down the river here, south of Baton Rouge and along the campus just across the river, you’ll see a variety of very large petrochemical facilities, refining facilities, and other types of facilities that take the energy production we have here both onshore and immediately offshore in Louisiana and convert them into a wide range of products.

"Another reason why it’s great to work with LSU in the energy space is this is the central location, 'ground zero,' for energy. You couldn’t ask for a better location. When I go and speak around the country and somebody sees that I’m from LSU, they know right off the bat that I’m speaking from a position of authority, because I’m coming from one of the largest energy producing states in the country."

LSU isn't the only institution with energy in mind. With more than 300 students enrolled in seven oil and gas-related programs each semester, South Louisiana Community College (SLCC), an eight-campus system across the Acadiana Region, provides a continuous pipeline of highly skilled graduates to the industry. The college is currently expanding its machine tool shops and welding shops in Lafayette, New Iberia and Opelousas to address the increased industry demand for oil and gas operators, machinists and welders. SLCC is the only two-year college in the state to offer an oil production safety degree program, as well as a 15-week program to train down-hole tool technicians.