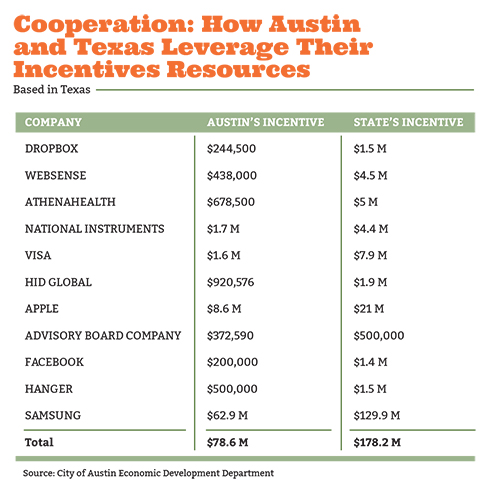 Texas' business climate routinely ranks among the top in the nation, due in part to the state's generous and carefully focused incentives program. Combined with packages from regional and local governments, the incentives regime has helped lure hundreds of businesses, create thousands of jobs, and generate billions in new capital investment for the state. The efforts have paid off: according to the US Census Bureau, Texas led the nation in job growth for the fourth straight year in 2013, adding 252,400 jobs.

Of course, the conventional wisdom in corporate real estate and site selection circles is that incentives alone won't turn the wrong location into the right location. "Incentives by themselves are not going to be the only reason a company chooses one state over another," says veteran site selection consultant Dennis Cuneo. "On the other hand, when all other factors are relatively equal, they can - and do - make a difference."

" Through our Emerging Technology Fund, we are bringing the best scientists and researchers to Texas, attracting high-tech jobs and helping start-up companies get off the ground faster."

The type of incentives matters as well. On this front, Texas stands head and shoulders above other states. The Texas Enterprise Fund, first created by the state legislature in 2003, has helped attract nearly $24 billion in private capital investment.

The largest of its kind in the US, this "deal-closing fund" is triggered only when a single Texas site is competing with another out-of-state site in a company's final decision-making stages. The TEF mechanism is used in tandem with local incentives, meaning that it comes into play only when the prospective Texas community has indicated strong support for the deal. This local support component is critical, according to Cuneo.

"From a company's perspective," says the longtime advisor to Toyota, among others, "the cooperative effort between state and local authorities is a good representation of the state's business-friendliness, going well beyond the incentives regime, and extending all the way down to things like permitting."

The collaborative approach is a good thing for the localities as well, says David Colligan, manager of the global business relocation and expansion program for the City of Austin.

"We would not be as competitive in attracting new businesses if it was just the city by itself offering our incentives," Colligan says. 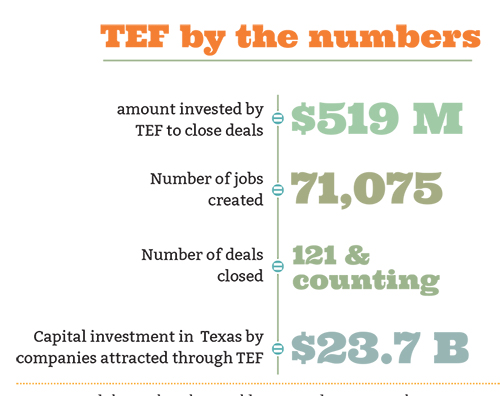 To demonstrate the power of this collaboration, he points to several recent Austin location announcements. In January 2014, athenahealth said it planned an expansion of its Austin operations, a $13-million project supported by $5 million from the TEF, and $678,500 in incentives from the city of Austin. "Athenahealth wanted to expand, and even though they already had a base of operations here in Austin, they were thinking of expanding at their Atlanta location - they would have been eligible for incentives there too." Colligan credits the joint efforts of the state and the city as the company decided between the two.

Austin also leveraged the state's TEF resources in attracting cybersecurity firm Websense, which decided to move out of San Diego early in 2014. The cybersecurity firm is investing nearly $10 million to set up a new corporate headquarters facility, supported by $4.5 million in TEF funding and a $438,000 performance-based grant from Austin. 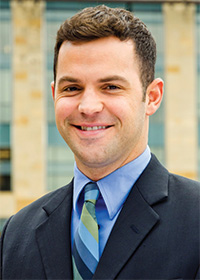 David Colligan is Manager for Global Business Recruitment and Expansion for the City of Austin. 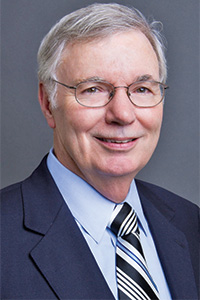 Dennis Cuneo is a corporate site selection consultant. As a senior vice president with Toyota in the late 1990s and early 2000s, Cuneo played a key role in the company's decision to build its truck plant in San Antonio.

Another tech firm, Dropbox, recently made an Austin decision as well, supported by a package of state and local incentives. "Dropbox needed to increase its capacity, and the truth is they could have easily done that in any one of several locations," Colligan says. The company opted to expand its existing Austin presence for a variety of reasons, but Colligan believes that the level of cooperation between state and local authorities made a difference.

Like Cuneo, Colligan notes that the collaboration yields significant benefits for companies interested in a Texas site, well beyond financial incentives.

"Once a company says it is interested in a Texas location, the state does a great job of helping companies narrow down their location search to specific localities within Texas," he says. As a result, "companies can be far more efficient in their site search, so they spend less money, less time, and fewer resources. Plus, you really don't have the kind of competition among localities within the state that you might see elsewhere."

That's not to say that there aren't friendly rivalries among neighboring jurisdictions once a company has set its sights on a specific part of the state. Still, Colligan notes that the sheer size of the state and the remarkable diversity of the Texas economy means that companies in search of a specific industry cluster have a clear direction.

"Each of the metros in the state has an obvious niche," he says. "Houston is dominant in the energy sector, Dallas is strong in professional services, San Antonio stands out for logistics and distribution, and Austin is a great place for technology or smaller businesses."

The Emerging Technology Fund also has contributed to business development and job growth in the state - as well as Texas' growing reputation as a tech powerhouse. Created in 2005, the TETF has allocated more than $202 million in funds to 142 early-stage companies through its Commercialization Activities Awards to date. These awards help selected technology-based small businesses and start-ups accelerate the process of commercialization, in collaboration with researchers at Texas-based academic institutions.

Among recent recipients of TETF commercialization awards are companies developing ground-breaking products aimed at solving some of the world's greatest challenges in a range of disciplines: from improving quality of life for millions suffering from painful chronic conditions to addressing critical global water shortages through cost-effective water desalinization and purification.

Almost $2.2 billion in additional investment from other non-state sources has followed on TETF investments.