A Climb to the Top:

The Tale of a Biotechnology Pioneer 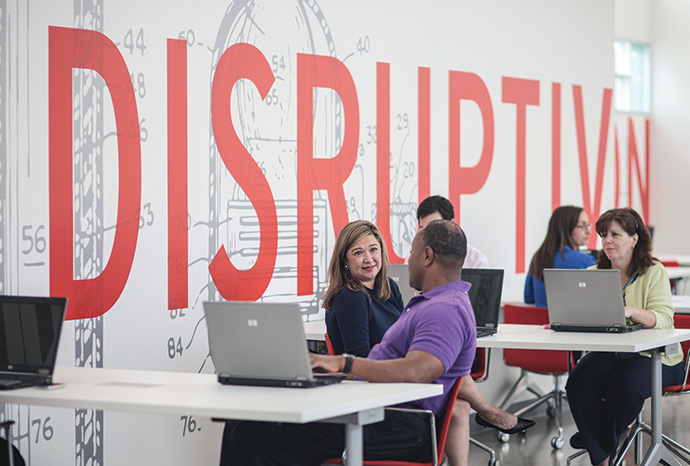 TMCx provides startups with a gateway to the facilities, resources and network of the world’s largest medical center.
Photos courtesy of TMCx
by CRYSTAL VILLARREAL
W 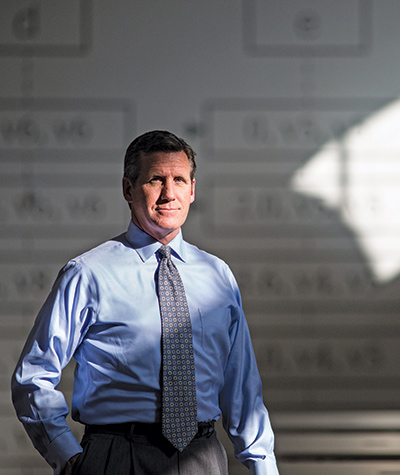 “In terms of innovation and discoveries, a third of the drugs that are approved in the US have gone through the MD Anderson Cancer Center.”
— Bill McKeon, executive vice president and
chief operations officer, TMC

hile some may not think of Texas as a key player in expanding healthcare and biotechnology on a global scale, the state is increasingly being recognized as a game changer in the life sciences industry, and it’s a big game to play. When you mention names like the MD Anderson Cancer Center or the Baylor College of Medicine, people know exactly what you’re talking about; they just may not realize that these organizations were born and bred in the Lone Star State.

But Texas is a true pioneer in the healthcare industry. Some of the most innovative heart surgeries and the way they are done today are largely because of the work that physicians at the Texas Medical Center (TMC) achieved. Wait, there’s more: “In terms of innovation and discoveries, a third of the drugs that are approved in the US have gone through the MD Anderson Cancer Center,” says Bill McKeon, executive vice president and chief operations officer of TMC. “And some of the most innovative genomics work, the cloning of human DNA, a third of that work was done by the Baylor College of Medicine.”

On a national level, healthcare is about 18 percent of the total economy, and it’s just as big in Texas. Home to the largest medical city in the world, new and existing companies are flocking to Texas in hopes of becoming a part of this monumental industry. “If you look at our medical city alone,” says McKeon, “it’s the seventh largest financial district in the country.”

The state is already home to some of the largest healthcare and biotechnology companies in the country, but startups are attracting just as much attention. Bellicum Pharmaceuticals, a biotech company based out of Houston, has three immunotherapy product candidates that are going into clinical trials. “They’re one of our more successful startups as a result of some of the state investments on some of the research they’ve done,” says Tom Kowalski, president and CEO of the Texas Healthcare Bioscience Institute (THBI).

Apollo Endosurgery, based out of Austin, is another new company making waves in the industry. The work that the biotech and medical device company has done resulted in 17 issued patents, 35 applications and 130 disclosures.

The clinical testing process is very extensive for young companies. Bringing a new drug to the marketplace takes a lot of time and it’s a very expensive pathway. THBI works with the state to create an enabling environment so that healthcare companies can thrive.

Industry leaders in the state are working to create the business climate needed in order to elevate its standing in the industry and make it more competitive with other regions. The Texas Medical Center is paving the path toward innovation with two new incubator spaces, TMCx and TMCx-plus, which will open at the end of this year.

TMCx provides startups with clinical access, a network of advisors and support for their products from ideation to commercialization. The 100,000-sq.-ft. innovation center is the largest in the country, and TMCx-plus is a place to hold new and emerging companies, allowing them to work with venture capitalists and business strategists.

Even with all these efforts, the state could still use more space.

“There are so many new developments taking place, we do need more incubator space in Texas,” says Clay Johnston, dean of the new Dell Medical School at the University of Texas. “We’re working with partners to do that and we’ve opened up our research space to be used by outside companies for the early phases of their research.”

Dell Medical School is set to admit students in 2016, and Johnston has plans to change the healthcare game, including improved health, low costs and getting the industry focused on value as opposed to volume. “We’re creating a new program where we encourage faculty with ideas for innovation or health products to bring those forward and compete in order to be a part of a team that’s comprised of industry experts. This will help hone the ideas, advance them and give them a better chance of succeeding in the marketplace.”

“The companies in Texas today are producing products that are changing our lives and making our lives better as a result of the research and the product development,” says Kowalski. “One of the things we do very well has been the amount of clinical trials that are being conducted in the state. We’re currently No. 2 in the country. We’re doing 14,000 clinical trials and those trials really cover all the disease groups.”

Texas will continue to thrive and develop new products that further our health and our lives. The healthcare industry isn’t going anywhere. There’s one truth that you will never escape: As we get older, we will always need healthcare, and luckily Texas will always be there. 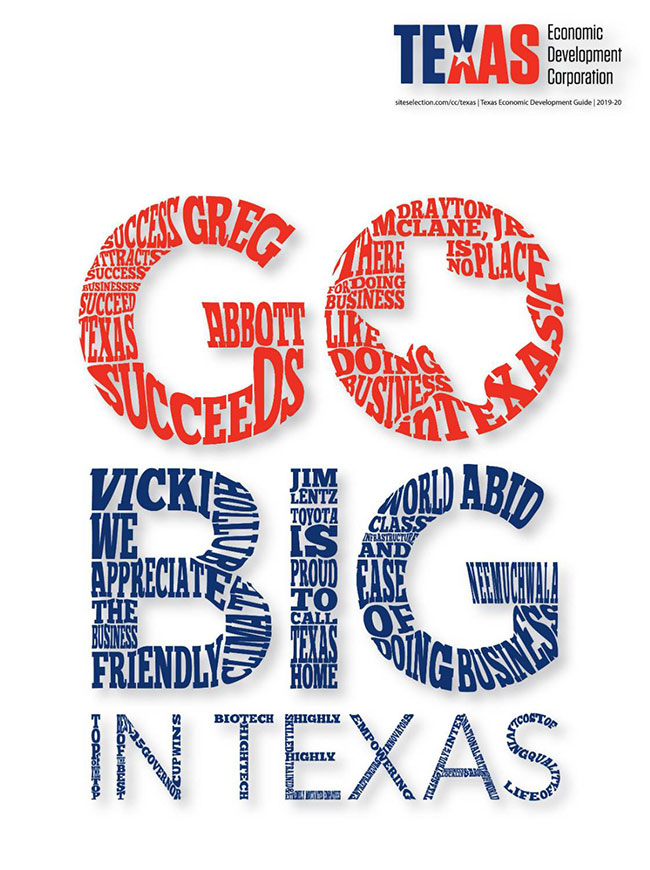