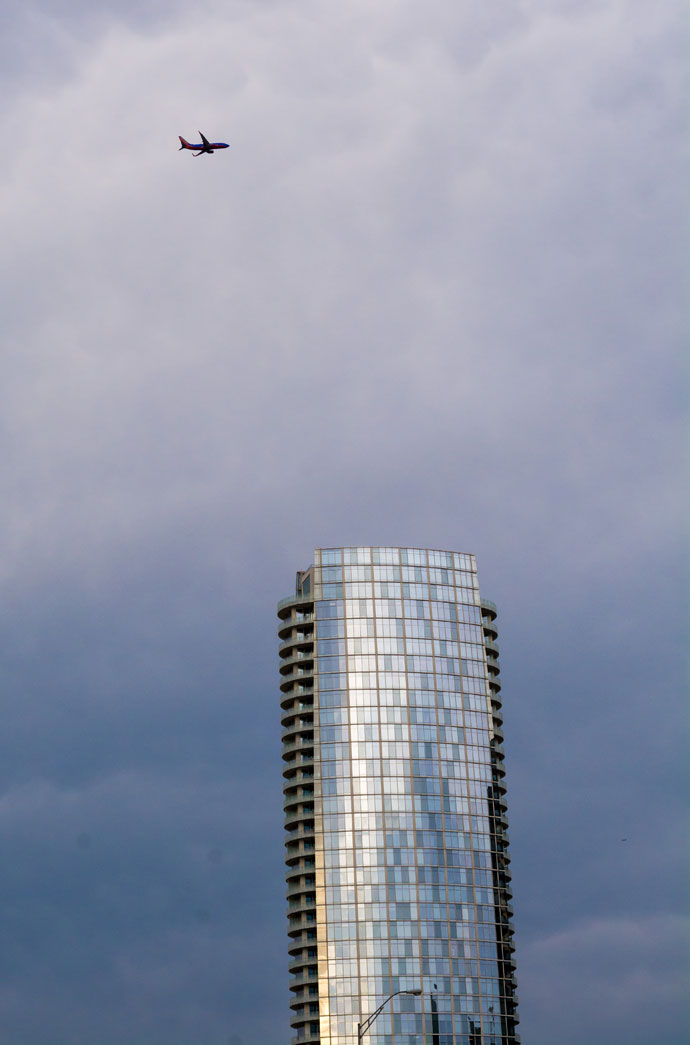 A Southwest airplane flies above a skyscraper in downtown Dallas.
Photo by Heather Overman

With so many efficient ways to transport goods, the Texas logistics sector is speeding toward growth.

ntermodal is the key word when talking about logistics in Texas.

From trucks to planes to ports and international borders, products move in and out of Texas — within the country and around the world — at an increasingly efficient and fast pace.

It’s no wonder that those in the logistics and delivery business boast about the great growth opportunities in the state, as does Chris Kurzadkowski, president of the Texas Courier and Logistics Association (TCLA). To make his point, Kurzadkowski notes that he started his own company, Lonestar Delivery & Process, in Houston in 2006, “with nothing.” Today it’s a growing $6-million company.

He talks about the need for the industry to constantly adjust. “We need to think out of the box. There are all kinds of methods of moving things,” says Kurzadkowski. He also mentions the option of combining truck and rail transportation to move products across Texas.

The future is as wide open in the Texas logistics business as the skies are across the state. “There’s even talk about a bullet train from Dallas to Texas in the next 10 years,” he says. Although it would be a passenger train, hand-carried goods such as medical specimens or small electronic parts could also be transported on a bullet train. He compares it to New York’s couriers moving products by bicycles and subways.

A 30-year veteran in the business, Kurzadkowski recalls that his very first delivery was for flowers. Although the small corner florists have been replaced by florist departments in grocery stores, someone still needs to deliver those flowers to the store from the flower market each day.

Moreover, there’s an increasing demand for flowers ordered on the Internet to be delivered on a certain day. “We’ve come full circle,” he says, adding that e-tail business from Amazon, Best Buy, Pier 1 Imports and even major retail stores like Neiman Marcus is also expanding.

Eric Donaldson, president of Hot Shot Delivery Inc. in Houston says the logistics industry isn’t limited to any one market. Texas transports textiles, fruits, vegetables, chemicals, flowers and medical and electronic products. Certain dialysis goods are packaged in Mexico and enter the country through Texas. “There are a lot of facets in this industry. People think of large tractor-trailers, but we do small deliveries like heart valves. Doctors don’t know what size they need until the patient is on the operating table.

“Texas is a powerful state and well-positioned for incredible growth,” says Donaldson. In Houston, there are long-range hopes of deepening the port “to handle super tankers that come through the Panama Canal. The state is making investments in infrastructure and we’re poised to handle an influx of international trade.” The Port of Houston is already one of the world’s largest in terms of cargo volume.

Donaldson also points to the Dallas market, which has been a massive intermodal terminal for years. It’s common knowledge that the Dallas-Fort Worth (DFW) region is home to the headquarters of two major international airlines, American Airlines and Southwest Airlines, while a third, United Airlines, operates a major hub in Houston.

What isn’t as well known is that by air, freight leaving Texas can reach any North American market in less than four hours.

Moreover, the Fort Worth Alliance Airport is a public-use airport located at the Alliance Texas logistics hub 14 miles north of downtown Fort Worth. Owned by the city, it is the world’s first purely industrial airport. Opened in 1996, it covers nearly 1,200 acres and accommodates air cargo, corporate aviation and military needs, and has direct access to both rail lines and highways.

Donaldson adds, “The state has done a good job in maintaining infrastructure, keeping taxes low and being business friendly.” 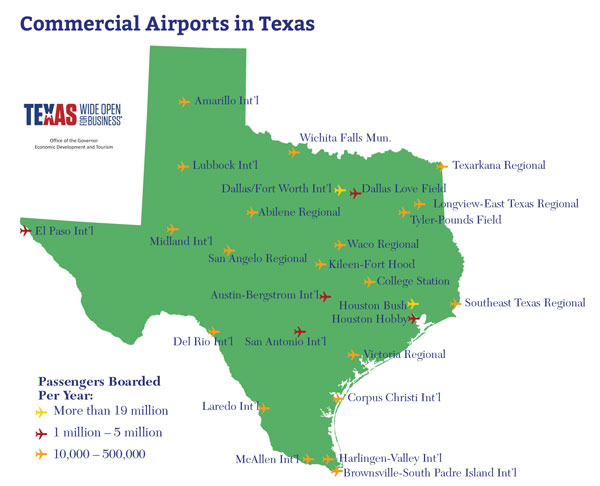