The climate in Texas lends itself to fine wine and flavorful brews. 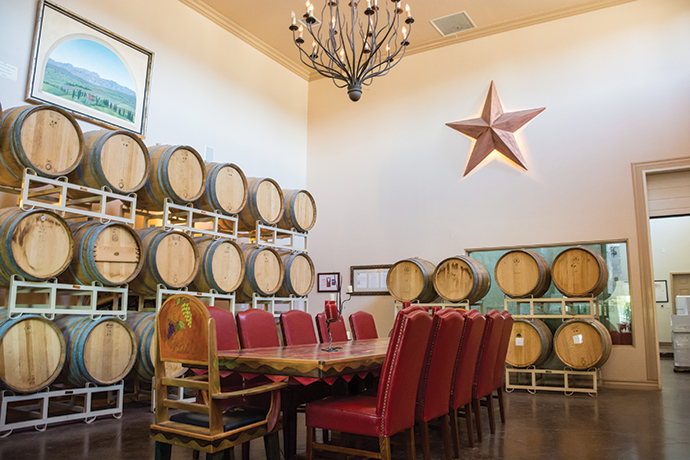 You might not think of wine when you think of Texas but the state is the No. 5 wine producer in the US. Home to the site of the first vineyard established in North America by Franciscan priests circa 1662, wine is big in Texas and several regions produce varietals similar to what you would find in Italy. As America’s No. 7 wine grape produce, wine contributes more than $1.88 billion in the Texas economy.

With 350 wineries spanning the state, the industry has added over 11,000 full time jobs, paying $417 million wages. The Texas High Plains, just west of Lubbok in the Panhandle grows over 80 percent of Texas’ wine grapes, and the climate mix lends well to winemaking. But Texas Hill Country is where a lot of the buzz is taking place.

With the second largest grape growing area known in the industry as American Viticulture Area (AVA), Texas Hill Country is fast becoming known as the “New Napa.” A secret to most as a lot of the wine isn’t exported beyond the state’s borders, Texas Hill Country has an ideal climate for producing wine. The region is the second most-visited wine tasting area in the country, but there are several wine producing regions throughout the state including Bell Mountain, Fredricksburg, Escondido Valley, Mesilla Valley, Texas Davis Mountains and Texoma.

Zin Valle Vineyards is the only vineyard and winery in West Texas. “We are El Paso’s local winery,” says AJ Hawley, vineyard manager. “The idea to open a winery started simply as a hobby and the love for wine.” The owners of Zine Valle, Vic and Kathi Poulos purchased the land in 2000 and planted two acres of Zinfandel, an acre of Gewürztraminer and an acre of Malvasia. They built the tasting room in 2003 and opened the doors to the winery in 2004. The vineyard offers 8-10 different wines, with Zinfandel being the signature.

“I would have to say that our wine is probably much different than what you would find in other parts of Texas because we’re so far west,” says Hawley. “It’s very arid and desert-like here, whereas in Central Texas you have more humid and rocky conditions. Different states, regions have very specific climates and certain varietals in those specific areas. We choose our varietals based on what would grow best in our climate. That allows us to grow good grapes, which in turn creates great wine.”

Beer has a long history in Texas. While beer has been brewed in the state since before the Civil War, William A. Menger’s Western Brewery is considered the first commercial brewery in Texas. Today the state is home to over 70 active breweries, and the Fredericksburg Brewing Company is the oldest brewpub in the state.

Formed in 1993, the company has gained popularity throughout the US and Europe. The company’s brewing styles reflect the true traditional German styles that have become favorites in the German community of Fredericksburg. The brewpub’s most popular beers include the Enchanted Rock Red Ale, Pioneer Porter, Haupstresse Helles and the Not So Dumb Blonde Ale.

“This family brewing operation began shortly after the owners moved from Houston to raise their two daughters in a small community,” says Shylo Adams, marketing and events manager, Fredericksburg Brewing Company. “They fell in love with Fredericksburg and the entire family worked alongside dedicated employees who brought award-winning brews to Texas for over 23 years.” 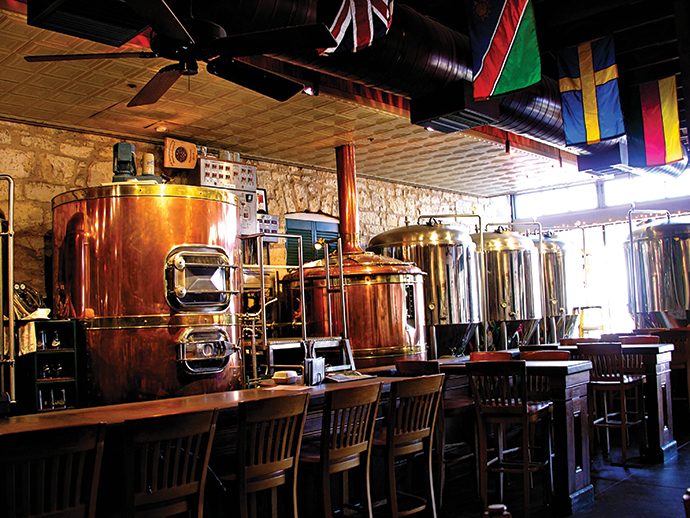