Texas is not bragging when it says it's No.1. It's the truth.

Finishing first is getting to be an old habit in Texas. By winning Site Selection magazine’s prestigious Governor’s Cup award five years in a row — for registering more corporate facility investment projects than any other state in the nation — Texas has set  itself apart.

But it’s also no aberration from the norm. Even on a metropolitan level, Texas cities boast rankings that are equally impressive.

As one-time Dallas Cowboy and NFL Hall of Famer Deion Sanders once famously said, “It’s not bragging if you can do it.”

Consider the list of Texas superlatives, which keep mounting by the year: 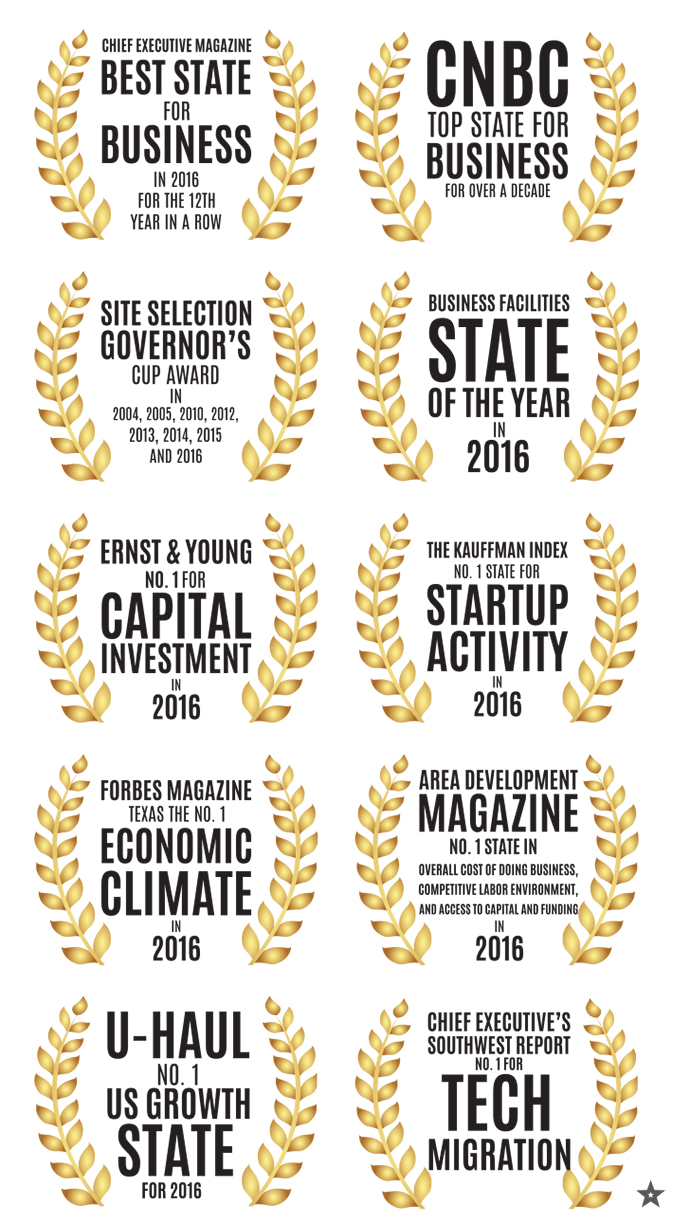