Why Texans Are Living Bigger & Better Than Ever 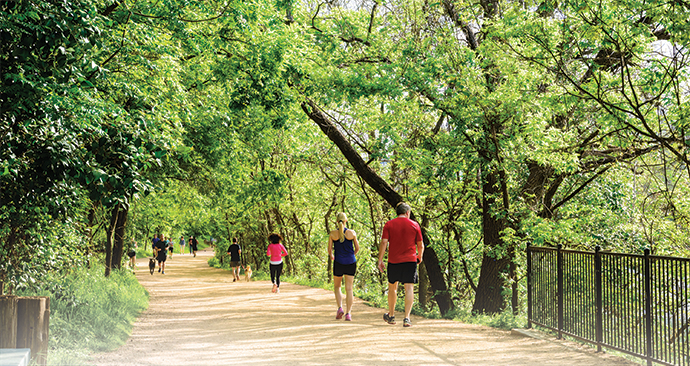 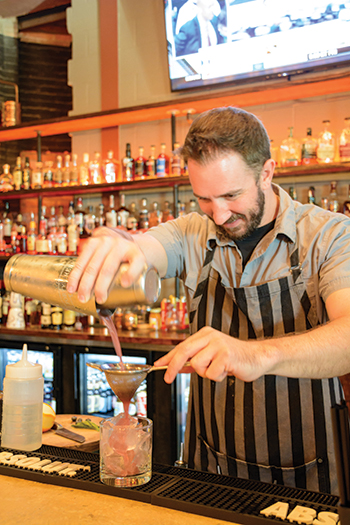 Texas Independence Day is March 2, a celebration honoring those who gave their lives for freedom from Mexico in 1836. One of the most legendary revolutionaries among them, Davy Crockett, wore his pride for his homeland boldly, boasting:

“I must say as to what I have seen of Texas, it is the garden spot of the world. The best land, and the best prospects for health I ever saw, and I do believe it is a fortune to any man to come here.”

The “garden spot of the world” continues to blossom into one of the “best” lands in the continental US for man and woman to call home. In 2015 alone, Texas saw a migration of more than half a million residents.

The lure of the Lone Star State is not just in its wide, open skies and space; but also in the spirit and satisfaction with which that space is filled. In Texas, you cannot only live a bigger life, but a better one as well. In August 2016, Business Insider ranked the top American cities with the best “Quality of Life.” The state with the most cities in the top 25 was Texas.

Here are the top six factors encapsulating the term “quality of life” as they pertain to Texas:

The weather isn’t the only thing that’s heating up in Texas. As the nation’s second-largest economy, it’s also its second-fastest growing economy. In 2016, Texas ranked No. 1 in the “Best States/Worst States for Business” survey of American CEOs by Chief Executive magazine — for the 12th year in a row.

A recent Bureau of Labor Statistics infographic captures the sizzling job growth: Texas ended 2014 with its largest ever year-over-year payroll gain, while the rest of America still remained below pre-recession levels.

2. Ability to Find a Job in Your Desired Field

If you think you must be an oil baron or cattle rancher to work in Texas, think again. In the last decade, Texas has lassoed the rapidly changing global economic climate and wrangled it back into the state’s infrastructure. The result: A hugely diverse job market for Texans to individuate from.

A shining example of this is the acclaimed $5 Billion Mile in Frisco, Texas. “The Mile” is one of the most ambitious mixed-use commercial and residential development projects in the world, designated home to international brand icons in professional sports, hospitality, entertainment, restaurants, technology, retail, and more including the Dallas Cowboys’ new world headquarters (Star in Frisco), the Omni Hotel, Whole Foods, iPic theater, Pinstripes bowling alley and so on.

Understandably, Forbes has named Frisco the “North Texas Boomtown” with a rock-bottom unemployment rate of 2.7 percent.

For technology buffs, Dallas-Fort Worth and Austin, nicknamed “Silicon Hills,” are the uncontested standouts, though the latter is also a hub for education and government jobs, health care, the arts and so on. In fact, Austin was just named the No. 1 state to call home as per U.S. News & World Report’s 2017 list of “Best Places to Live in America.”

“The United States of Texas: Why the Lone Star State is America’s Future... As middle income jobs get harder to find and the cost of living gets harder to bear, where can American’s turn for answers? In a word: Texas.”

Four years later, this prophecy has come true. Forbes named Texas the “No. 1 place to make a living in 2015,” not because the paychecks are necessarily the biggest, but because they can go the furthest in securing permanent shelter. US Census bureau data for 2009-2013 confirmed: the median value of owner-occupied homes in Texas was $128,900, well below the national average of $176,700.

Fueling the massive California-to-Texas migration is, in part, this facet: Per a Bankrate’s cost-of-living calculator, a $100,000 per year salary in the San Francisco-Redwood area is worth about $186,000 in the Austin-Round Rock metro area, almost double!

Whatever your budget, be it a hip urban loft converted from an old power plant in downtown Austin or a J.R. Ewing-sized mansion in Dallas — Texas has the price point to make your home dreams come true.

4. Safe Environment to Raise a Family 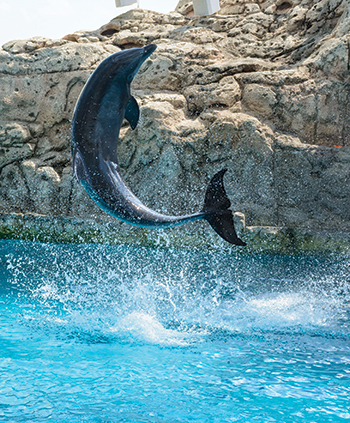 The most popular Texas ZIP codes (Plano, Frisco, Austin, Rollingwood, Cedar Park, Denton and Irving) pass the “Popsicle Index” with flying colors; i.e., the ability of a child to safely leave their home, walk to the nearest Popsicle stand, and walk back home safely.

In a September 2016 Forbes titled “Laying Out the Welcome Mat: Why Thousands Move to this North Texas Boom Town Each Year,” a recent transplant to Frisco, from Silicon Valley, California, makes this distinction: “Back in California, I used to wave at my neighbors but we didn’t have time to stop and say hello. Here, it’s like the good old days when kids play out on the street. It’s a welcoming environment.”

Of Plano, a September 2016 Time magazine writes: “Kids play in the street until the lights come one.” Not to mention a diverse and inclusive community that welcomes families from all backgrounds.

In Texas, the opportunities to don a foam finger in a crowded stadium, or silently contemplate a brilliant piece of art are endless.

For sports, Texans can tailgate “America’s Team,” the Dallas Cowboys or University of Texas Longhorns; they can take in NBA games to NASCAR races, five PGA Tour Golf tournaments and Olympic-level athletes training at the “gymnastics capital of the world” in Plano; they can take to the ice skating rinks or the world’s largest rodeo at the Houston Livestock Show.

Patrons of the more high-brow fare can also rejoice. The 2017 Texas Cultural State of the Arts report showed the “arts and culture industry, encompassing everything from music to entertainment to architecture and engineering, pumped a record-breaking $5.5 billion into the Texas economy last year.

The financial impact of the arts has increased 25.1 percent in the past 10 years. Additionally, the creative sector employs 1-in-15 Texans, and that number is expected to increase by 20 percent in 2024

Those looking to feel the beat, Austin is the “Live Music Capital of the World,” host to several globally recognized music festivals including Austin City Limits, South by Southwest, Fun, Fun, Fun Fest and more — all in the heart of the greatest culinary fare this side of the Gulf.

Texas is an outdoor enthusiast’s paradise. The problem isn’t if there are beautiful landscapes to explore, but how one possibly checks them all off their bucket list. Think: Mountain climbing Palo Puro Canyon to kayaking the panhandle, walking in the colossal footsteps of prehistoric animals at Dinosaur Valley State Park to hiking the woods of Big Bend National Forest, and watching the world’s largest bat colony emerge from Pennybacker bridge in downtown Austin, to witnessing the rare sea turtle hatchlings of Padres Island National Seashore.

When it comes to achieving the greatest quality of life, without sacrificing personal relationships, physical well-being or mental health, more and more people are following in the footsteps of the great Davy Crockett, when he also said: “You may all go to hell, and I will go to Texas.” 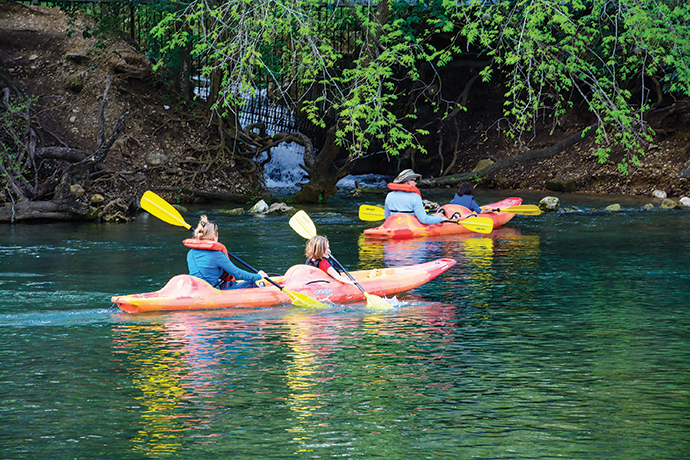 Businesses are not the only things that grow faster in Texas. Cities do too.

Leading the nation’s cities in growth is Frisco, with a combined ranking score of 66.57 in the annual WalletHub index, edging out second-place League City of Texas which scored 66.18. Other top 10 performers in Texas are No. 7 Midland, No. 8 McKinney and No. 10 Bryan.

Among all large cities in the nation with the highest economic growth, Austin ranks first. Among mid-sized cities, Frisco ranks first; and League City ranks No. 1 among small cities.

Frisco ranks first in the country in job growth, while McKinney shows the highest decrease in poverty rate.

Methodology: To identify the fastest growing local economies, WalletHub compared 515 U.S. cities of varying population sizes based on 14 key indicators of rapid economic growth. The data set from 2009 to 2015 ranges from population growth to unemployment rate decrease and growth in regional GDP per capita. 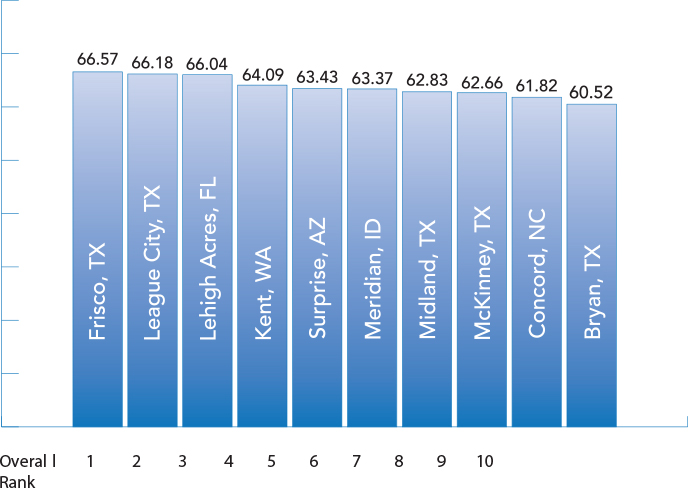