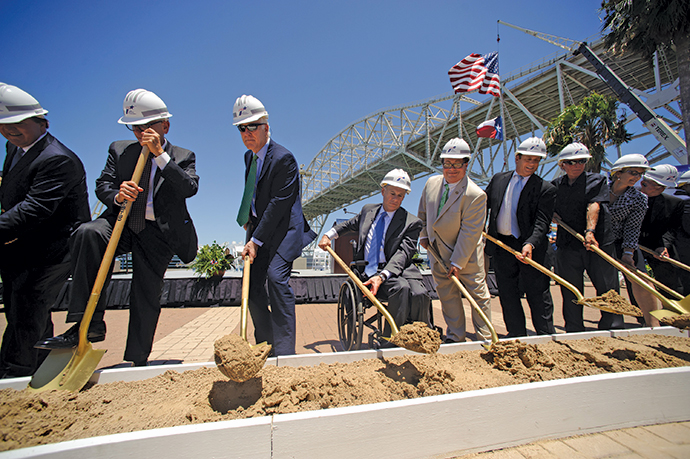 When your state has just won its fifth consecutive Site Selection Governor’s Cup for recording more corporate facility projects than any other state in America, some might say that it’s time to call it a day.

Well, in Texas, they don’t do that. In fact, Texas Gov. Greg Abbott says it’s time to work to make the state even more competitive for jobs and industry. In a recent conversation with this magazine, he outlined how he plans to do that.

What is the significance of Texas capturing the Site Selection Governor’s Cup five years in a row?

GOV. ABBOTT: This is a testament to the diversity and resilience of the Texas economy. In addition to a low-tax and reasonable regulatory environment and investments in our workforce, we have continued to diversify our economy. Despite oil hitting rock bottom one year ago, Texas still added well over 200,000 new jobs last year, and we have more Texans with jobs today than ever before in our state’s history. Areas and sectors that have nothing to do with energy have grown significantly. The high-tech sector continues to expand and Texas is now the number one tech exporter in the country. Our healthcare sector and innovation in life sciences areas are growing rapidly. While the energy sector continues to play a pivotal role in the Texas economy, other sectors have been instrumental in contributing to our growth.

What policies did you and your administration implement over those five years to improve the overall climate for business in Texas?

ABBOTT: We cut taxes, particularly the business franchise tax by 25 percent, further driving down the cost of doing business in a state that continues to avoid a corporate income tax. Additionally, we cut occupational license fees, making it easier for 600,000 Texans to get a job and start or grow a business. We have and will continue to methodically reduce regulations in Texas, making the business climate even more favorable.

Do you plan to push for any additional tax or regulatory changes in Texas this year or next?

ABBOTT: The State of Texas must continue cutting the business franchise tax until it no longer exists. Additionally, we are currently working to further reduce property taxes in our state. I will also continue to fight against local governments creating a patchwork quilt of regulations that serve as barriers to economic freedom across our state.

You have four major metropolitan areas that consistently rank among the top metro economies in America — Austin, Houston, San Antonio and Dallas-Fort Worth-Arlington. What do you think these cities are doing that makes them national leaders?

ABBOTT: Three of these four metropolitan areas are now known as “knowledge capitals” because they are investing in areas like biotech, defense tech, wearable tech and clean tech. Technologies developed in these cities are changing the world. Texas is in the middle of an innovation renaissance that is revolutionizing our economy, including the energy sector. We are investing in our workforce to make it more adaptable to a 21st century economy and we are continuing to attract companies from around the globe.

Despite historically low prices of oil and gas, the petrochemical sector in Texas continues to grow substantially in new capital investment projects. What’s driving this?

ABBOTT: This expansion is yet another testament to the power of Texas’ low-tax, low-regulation economic climate that continues to attract industry leaders, innovators, and job creators from around the globe. Companies want to move to Texas and expand here because we want to work with them. Because in the Lone Star State we understand that when business and entrepreneurs succeed, Texas succeeds.

Where do you think the biggest competition to Texas will come from in future years — both domestically and internationally — and how will you prepare for that?

ABBOTT: States throughout the country are taking a page out of Texas’ playbook and cutting taxes and reducing regulations in order to attract businesses and lower their unemployment rates. But ultimately, two things will determine where a company decides to expand or relocate: a state’s economic climate and the size and skill of their workforce. Texas is fortunate to be a leader in both. We continue to make it easier for businesses to move and expand here and we boast the nation’s second largest civilian workforce, with 38 public universities and 50 community college districts, which feeds a strong and robust talent pipeline to businesses across a wide variety of industries.

You have some pretty big plans for engaging Texas’ colleges and universities in economic growth throughout the state. Can you explain some of the more significant aspects of those plans?

ABBOTT: Texas is bringing in the best and brightest minds in the country in science, technology, engineering, math and medicine through the Governor’s University Research Initiative (GURI). We lured away one of the premier engineering researchers from Princeton to Texas A&M who will be working on the next generation of aerospace engineering technology in a way that dovetails with national security. Research and intellectual capital is finding a new home in Texas, and we are quickly becoming the home of innovation.