Tesla is coming to Texas, and it’s hardly alone. 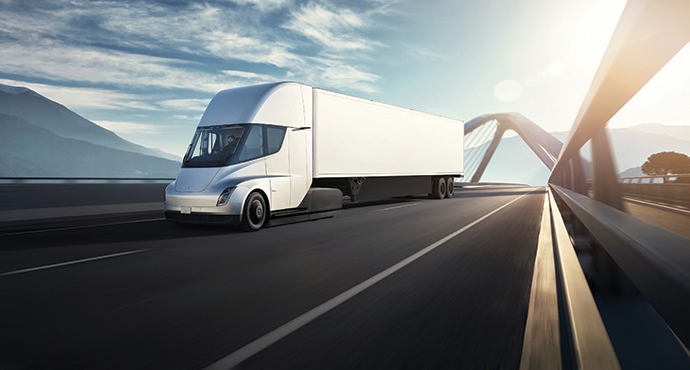 Texas has long been a manufacturing powerhouse, having provided a platform for growth and innovation in manufacturing sectors as diverse as semiconductors, aerospace, chemicals, electronics and automotive, just to name a small handful. And you can now count Tesla among the ranks of manufacturing titans such as GM, 3M, Samsung, Toyota, Ericcson, Lockheed Martin and Raytheon, that call Texas home.

The decision of Tesla’s Elon Musk to build the company’s new Cybertruck, as well as the Tesla Model Y and Tesla Semi, on 2,000 acres east of Austin produced huge headlines in 2020. The $1 billion, 4.5-million-sq. ft. plant, is bringing some 5,000 jobs to Travis County.

Companies like Tesla are tapping into a deep talent pool in Texas, where nearly 875,000 workers are employed in manufacturing roles. According to the National Association of Manufacturers, that gives Texas the nation’s second-largest manufacturing workforce. Manufacturers also choose Texas for its business-friendly climate, which includes a high-value cost of business and competitive incentive programs.

Illinois-based Navistar, a leading maker of buses and commercial trucks, chose San Antonio to launch its new Manufacturing 4.0 production concepts. Navistar broke ground in June 2020 on a commercial truck facility that will incorporate the company’s latest manufacturing principles — digital factory, connected machinery, robust lean manufacturing processes and cloud analytics — to “enable predictive quality and maintenance and allow data-driven decisions to be made on the shop floor in real time,” the company says.

Houston alone is currently home to more than 250 companies involved in aircraft or space vehicle manufacturing. Of the 50 largest aerospace manufacturing companies in the country, 32 have a presence in the Houston region. As the home of NASA’s Johnson Space Center, Houston has been the epicenter of human space exploration for nearly six decades.

In January 2020, NASA selected Houston-based Axiom Space to build a privately funded platform that will attach to the International Space Station (ISS). The project could pave the way for a future commercial space station.

Axiom is partnering with Boeing and other contractors on the project that could eventually cost some $2 billion and create up to 1,000 jobs. The company expects to launch its first module as soon as 2024.

Even during the recent pandemic year, Lockheed Martin found itself bolstering the workforce at facilities in the Dallas-Fort Worth area. The aerospace giant signed contracts in March alone totaling nearly $6 billion for F-35 fighter jets, missile interceptors and spare parts.

Motorola expects to produce almost 400,000 cameras this year in Richardson, near Dallas, at its newly-opened Video Security & Analytics manufacturing facility. The $25 million plant also is to produce one million printed circuit board assemblies.

“With this new, state-of-the-art facility we will be manufacturing critical, NDAA-compliant safety and security video solutions on the doorstep of American public safety agencies and businesses,” said John Kedzierski, the division’s senior vice president.

In New Braunfels, southwest of Austin, Continental is investing $110 million to build a 215,000-sq.-ft. facility to manufacture and produce products for advanced driver assistance systems. The new manufacturing plant in Comal County retained 450 jobs in the state of Texas and added 130 more.

“We appreciate the strong support we have received from the state, county and city of New Braunfels,” said Continental North America CEO Samir Salman. “Having a facility specifically dedicated to the development and production of these technologies is a major step in helping us achieve our vision of a world with zero fatalities, injuries and crashes.