The Texas Economy: Back in the Saddle

In spite of some major challenges over the past year, the Texas economy is beginning to get back on track. Recovery from the pandemic, a severe hurricane season, and the historic winter storm event of February 2021 is ongoing, and the economy’s resilience has been clearly demonstrated. Moreover, the state is well positioned for strong long-term growth.

Like all parts of the nation and, in fact, the globe, the Texas economy was hit hard by the COVID-19 pandemic. From an economic perspective, the pandemic has caused substantial and, in many cases, catastrophic losses. Millions of individuals in the state have faced unemployment or reduced hours. Between February and April 2020, the total number of people working in Texas dropped by nearly 1.5 million (more than 10%). Initial unemployment claims went from averaging about 13,500 per week to closer to 300,000, topping out at more than 315,000 in early April.

Businesses dealt with closures, capacity limits, and additional expenses for cleaning or necessary modifications to enable safe operations. Supply chains were disrupted, causing yet more losses. Of particular note to the Texas economy, the combination of an increase in oil supply and the pandemic-related sharp decline in demand caused prices to plunge, and drilling and other activity dropped along with it.

While it will take time to regain all of the lost ground, the recovery is well underway. About 878,500 Texas jobs had been regained as of February 2021 (the most recent data available as I write this), despite a temporary freeze-induced setback. While employment is still about 600,000 below the prior peak, there has been notable improvement. Initial unemployment claims are now generally under 50,000 per week, several times higher than optimal but well below the spring and summer of last year. Activity in the energy sector is beginning to be restored and Texas rig counts are in the 200 range, almost double the level last summer, and current prices support additional activity. During normal times, the oil and gas sector supports about 15% of economic activity when the state’s extensive network of oil field service companies, pipelines, processing facilities, headquarters operations, and a spectrum of other firms are considered. This sector is likely to expand markedly going forward, as global demand resurfaces and increases, costs continue to fall, and the carbon footprint of oil and natural gas continues to improve. 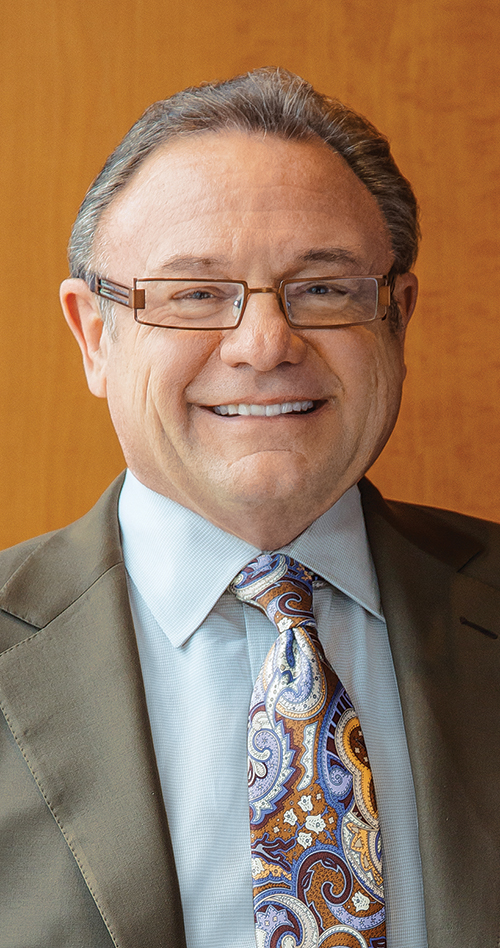 “Looking ahead, the outlook for the Texas economy is strong. Drivers of future growth include a wide range of industries, from longtime cornerstones such as oil and gas to emerging technology-oriented sectors.”
— Dr. M. Ray Perryman, President, CEO, The Perryman Group

The other recent challenge the Texas economy has faced is the extreme weather in February 2021. Records were shattered across the state and the cold lingered for an unusually long period of time. The demands on the power grid were exceptional, and when brutal conditions took down about 40% of generation capacity (wind turbines and conventional plants alike), rolling blackouts were implemented to avoid catastrophic damage to the grid. Most households and businesses had to deal with power outages (sometimes for days in freezing temperatures) and millions had no water (again for an extended period).

The reasons for the problems with the power grid are complex, but they can certainly be dealt with. Work is underway to pinpoint causes and find solutions. In some instances, changes will be relatively simple, though others will require significant investments. The unprecedented weather identified weaknesses which thoughtful action can address, with the result being a stronger supply going forward.

Looking ahead, the outlook for the Texas economy is strong. Drivers of future growth include a wide range of industries, from longtime cornerstones such as oil and gas to emerging technology-oriented sectors. Texas has long led the way in attracting major corporate locations and expansions and will remain highly competitive for the foreseeable future. In fact, the state has won this magazine’s “Governors Cup” for the most significant locations and investments for the past nine consecutive years, usually by a wide margin. In 2020, the state had more than 700 qualifying projects in the midst of the pandemic. Texas also obtained the “Deal of the Year” with the Tesla gigafactory, as well as other high-profile announcements. Advantages such as a lower cost structure, friendly business environment, large workforce, strong system of higher education and training, highly praised incentive programs, and a mix of industries primed for growth will keep the state on many short lists for locations. Continued support for economic development at the State and local level will help seal the deals.

The Perryman Group’s latest long-term forecast indicates recovery from recent issues and expansion in the decades ahead. Nearly 6.8 million jobs are projected to be added, for a 2045 total of 19.5 million and a 1.72% annual rate of growth over the period. Population is likely to grow by more than 11.0 million to reach 40.3 by 2045. Output (real gross product) is anticipated to expand from an estimated 2020 level of 1.7 trillion to 4.0 trillion in 2045, a 3.43% annual rate of gain. This growth is widespread across the state, with its many diverse regions seeing opportunities in a variety of traditional and emerging sectors. The large metropolitan regions and the Permian Basin oil region will continue to be at the forefront, but opportunities abound throughout Texas.

As COVID-19 becomes more controlled, what was a remarkably strong economy going into the health crisis is recovering. While it may take another year or two for some industries and regions of the state to reach pre-pandemic levels, the long-term outlook is clearly positive. The Texas economy is saddled up and ready to ride!

Dr. M. Ray Perryman is President and Chief Executive Officer of The Perryman Group (www.perrymangroup.com), which has served the needs of over 2,500 clients over the past four decades.