The Brightest Ideas Are Coming from Austin 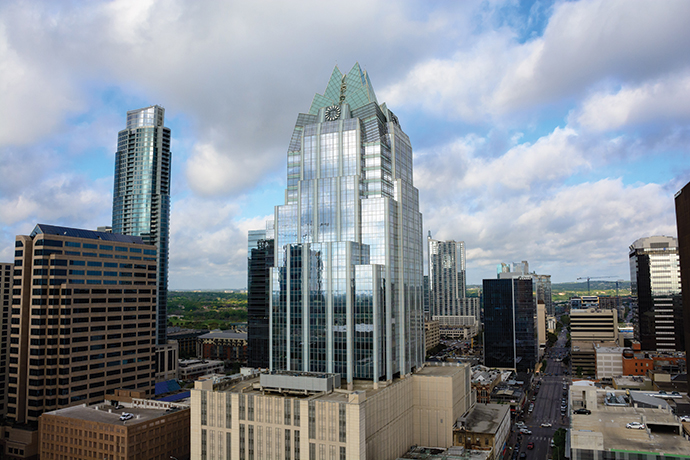 Master innovator Elon Musk is not the only entrepreneur poised to churn out electric vehicles in the Texas capital, Austin. As Musk’s $1.1 billion Tesla Gigafactory takes shape in eastern Travis county, so many EV models are being imagined and manufactured in the Austin region that it’s now becoming known as the “electric vehicle capital of the world.”

That’s the term used by Andrew Leisner, CEO of the newly formed EV startup, Volcon. Launched in October 2021, Volcon describes itself as “the first all-electric, off-road powersports company.” Its initial lineup includes two and four-wheeled electric, off-road adventure and utility vehicles including The Grunt, an electric motorcycle with a 100-mile range and a maximum speed of 60 miles per hour priced at about $6,000.

Volcon is off to an impressive start, having already announced plans to build a manufacturing plant in nearby Liberty Hill that’s expected to produce up to 9,000 vehicles a year. The new factory is to feature riding trails, an RV park and customer experience center. Through December 2020, Volcon had quickly raised $4.5 million through seed money and a WeFunder campaign.

“Volcon was quickly funded with an oversubscribed seed round, confirming the enthusiasm for the category,” said Leisner. “I am excited to help lead the evolution of the powersports industry with electric vehicles that enhance the outdoor experience while reducing our environmental footprint for future generations. Thanks to companies like Tesla, the electrification of the powersports industry is no longer a question of if, but when, and Volcon is positioning itself to play a substantial role in this rapidly changing environment.”

At the same time that Volcon expands its footprint and its offerings, Austin-based Ayro is scaling up to produce tens of thousands of light-duty electric vehicles that can be used to deliver food and to ferry travelers around airports. The Ayro 311, a uniquely shaped three-wheeler is tailored to restaurants, pharmacies and other business seeking cost savings while pursuing sustainability goals.

Based just north of Austin in Cedar Park, Hyliion makes electrified power trains for tractor-trailers that cut down on fuel consumption. Bolstered by a recent merger expected to generate more than $560 million for the company, Hyliion expects to top a billion dollars in revenue in 2023.

Austin’s surging EV industry goes to show how a startup scene once known chiefly for enterprise software has evolved in surprising directions. Rated by Inc. Magazine as America’s top city in which to start a business in 2020, Austin is home to such diverse, nationally known startups Whole Foods, Indeed, Homeaway and the vodka makers Tito’s and Deep Eddy.

And beneath the surface bubbles a new generation of startups that is increasingly varied. The most recent cohort to participate in the University of Texas at Austin’s Student Entrepreneur Accelerator and Launch (SEAL) program includes:

Funding for such bold ideas and enterprises is a key part of any startup ecosystem, and there, Austin truly shines. According to Crunchbase, Austin was the target of 61% of venture capital funding in Texas in 2019, a total of 1.84 billion dollars, an impressive yearly increase of 19.5%. Austin happens to be home to Silverton Partners, ranked by cbinsights.com as the most active VC in Texas by unique investments.

“Texas remains one of the nation’s most interesting and fastest-growing tech markets, with Austin leading the way.”
—Morgan Flager, Silverton General Partner

“Texas remains one of the nation’s most interesting and fastest-growing tech markets, with Austin leading the way,” says Silverton General Partner Morgan Flager. “We’ve always felt that if Austin wins, we win, and that’s how we’ve run our business. And since some of our most successful exits were forged during the 2008 financial crisis, we are excited to help build the next generation of companies that can withstand difficult times and emerge stronger.”

In and of itself, scientific brilliance does not translate to business sense, and thus the best innovators are not necessarily best entrepreneurs. UT at Austin offers an impressive array of programs designed to help translate ideas into commercial products and businesses.

“Our tagline here at the University of Texas is ‘What starts here changes the world,’” says Luis Martins, director of the university’s Herb Kelleher Entrepreneurship Center. “I can’t think of a better way to change the world than through innovation and entrepreneurship.”

The Austin Technology Incubator is the deep tech incubator affiliated with the university, focusing on breakthroughs in energy, food and agriculture technology, healthcare, mobility, water and circular economies. Founded in 1989, it is also the longest active technology incubator in the United States. ATI’s mission is and has been to empower university and community entrepreneurs through a customized approach to effectively commercialize their breakthrough innovations.

Similarly, UT at Austin’s Office of Technology Commercialization provides outreach to the university’s faculty on the commercialization process, promotes collaboration with industry and helps to license and protect inventions and software.