3 reasons why so many firms are choosing to relocate to the Lone Star State. 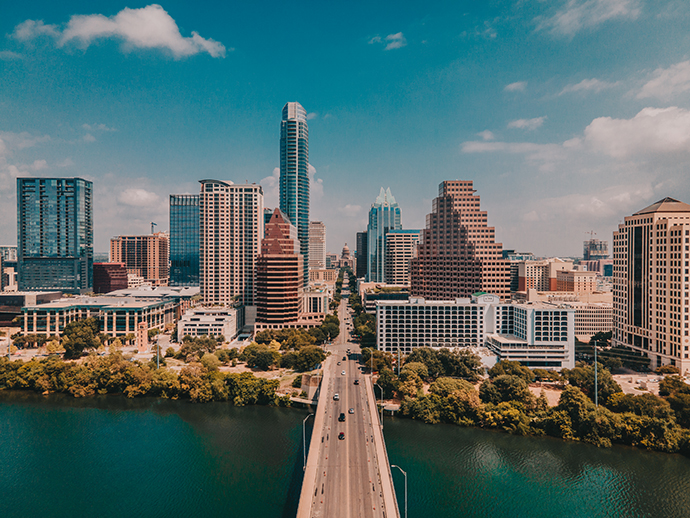 Three simple words that puck a lot of punch. Perhaps a gut punch to the state being left behind, but more importantly, a fistful of dollars for the state rolling out the welcome mat.

Moving is never easy. Neither is the decision to move, especially when you’ve planted roots in a place that nurtured your growth. Whether for personal reasons or corporate ones, choosing to leave your hometown to find greener pastures is often complicated and fraught with risk.

You weigh the pros and cons. You evaluate your potential new home against the merits of your current one. And you consider the impact of the move on everyone else — not just the people going with you, but perhaps more importantly, the people you’re leaving behind.

That’s why what happened in 2020, and continued happening in 2021, is so remarkable. Never in U.S. history have so many Americans elected to change addresses. 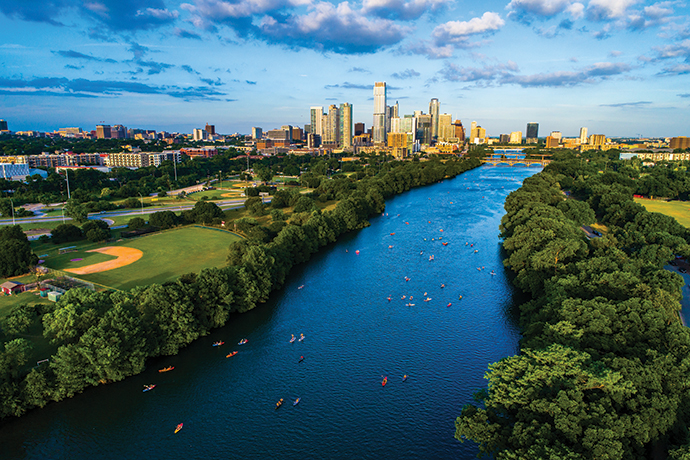 According to the National Association of Realtors, 8.93 million people relocated between March and October of 2020. That marked an increase of nearly 94,000 people changing addresses, compared to the 8.84 million who moved during the same period in 2019. The spring and summer months brought the most relocations, but the traffic jam of moving vans that began in March 2020 never truly subsided.

American households, however, were not the only entities engaging in a mass exodus. As the pandemic wore on, companies followed suit. What started as a trickle of relocating firms over the summer turned into a tidal wave in the fall and winter as corporate executives did the math and found it didn’t add up to remain in high-tax, high-cost, high-regulation places.

As Site Selection Editor-in-Chief Mark Arend chronicles in his story about corporate headquarters relocations in this publication, once a few high-profile names made the switch to Texas, others found it easy to follow. Digital Realty Trust moved its headquarters from San Francisco to Austin. Rex Teams left Seattle for Austin. Wesco Aircraft relocated from Santa Clarita, California, to Fort Worth. And the granddaddy of them all, Oracle, said goodbye to Silicon Valley and hello to Austin.

Moves like these were a big reason why Texas won the coveted Site Selection Governor’s Cup trophy for a record ninth consecutive year. Texas claimed the crown by securing 781 corporate facility projects in 2020, nearly doubling the output of second-place Ohio.

Never in U.S. history have so many Americans elected to change addresses.

Why do so many companies make this decision? It’s easy to cite the statistical foundation for these capital-intensive moves, but in reality, the decisions go much deeper than accounting. Citing cost of living, tax rates, incentives and regulatory environments makes for a compelling case that satisfies the CFO and shareholders. But doing that alone ignores three fundamental factors: an aggressive governor; an overall philosophy of governance; and a state that refuses to concede to the competition.

Gov. Greg Abbott took a lot of heat in early March when he announced his decision to fully reopen Texas, but business leaders loved him for it. The Texas Restaurant Association spoke for many when it said: “For the thousands of local restaurants on the brink of closure and the 167,000 Texans that remain unemployed in our industry alone, there’s finally a light at the end of a very long and dark tunnel.”

Abbott made that bold move because of his bedrock belief in the power of freedom to unleash the best that Texans have to offer. He outlined his philosophy of governance when he recently told me, “Businesses have almost total freedom to run their company the way they see best. We can’t run their businesses better than they can. We get out of their way and let them do what they do best.”

Finally, Texas never quits trying to be the best state at attracting jobs and industry. Not even after a decade of dominance in the prestigious Site Selection Governor’s Cup competition. That’s why Gov. Abbot and lawmakers in Texas continue to tinker with tax and regulatory policy to make the state even more competitive. And it’s why Texas continues to fund government-led economic development better than any other state in the nation.