Texas is still No. 1 for petroleum, and it’s not even close. 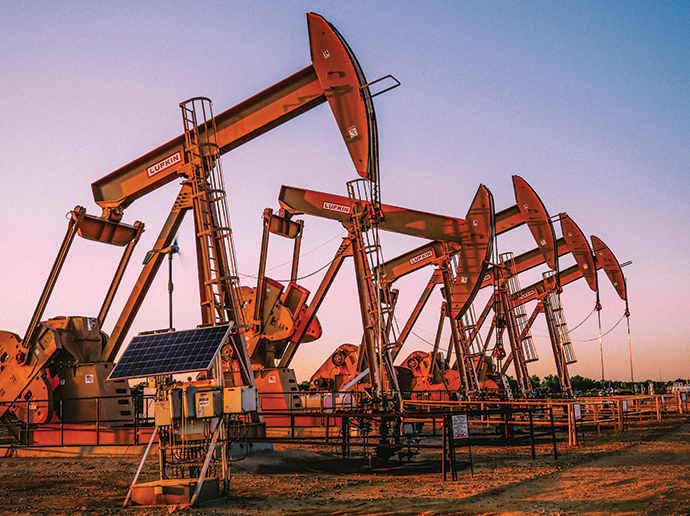 The Spindletop oilfield, discovered at the turn of the 20th century on a salt formation south of Beaumont, Texas, marked the birth of the modern petroleum industry. Eight years of drilling on Spindletop Hill paid off on January 10, 1901.

The Lucas Gusher, as the unfolding phenomenon quickly became known, blew a stream of oil more than 100 feet high until it was capped some nine days later. The Spindletop oilfield would come to produce more oil in a day than the rest of the world’s oilfields combined. Companies that set up shop nearby included the Texas Company (later Texaco), Gulf Oil Corporation and Humble (later Exxon).

Texas, to put it mildly, has never looked back. More than a century later, the Lone Star State knows no equal among petroleum producing states. As “The Capital of Energy Independence,” Texas leads the nation in petroleum refining and chemical products production and is a global leader in the closely allied petrochemical industry. Houston is known as “The Energy Capital of the World.”

According to TIPRO, The Texas Independent Producers and Royalty Owners Association, Texas led the nation in oil and gas jobs in 2020 with 347,529 people employed in the industry. That’s 39% of the oil and gas jobs in the entire country. The industry, says TIPRO, supported some 2.3 million Texas jobs through direct, indirect and induced multipliers. The state’s 12,000 oil and gas businesses represent three times the number of second-place Oklahoma.

Not surprisingly, many leaders in the petrochemical industry received formal education in Texas, including at the Cockrell School of Engineering at the University of Texas at Austin. U.S. News and World Report ranks the UT Department of Petroleum Engineering graduate program tops in the country, while the UT undergraduate program is ranked No. 2.

Texas’ 27 refineries lead the nation in both crude oil production and refining. With over 5.1 million barrels a day, Texas has 29% of the nation’s total capacity. According to the U.S. Energy Information Administration, three of America’s four largest refineries are located in Texas. They include the Saudi Aramco refinery in Port Arthur (607,000 barrels per day), Marathon Petroleum’s Galveston Bay refinery (585,000 b/d) and the ExxonMobil Baytown refinery (560,500 b/d).

In recent years, ExxonMobil has targeted Baytown for investments totaling a staggering $2 billion, including a project to build a new ethane cracker to provide feedstock for two newly-added polyethylene units at the nearby Mount Belvieu plastics plant. Such on-going investments help Texas to account for one-half of the nation’s “downstream” petrochemical products such as plastics, polymers and fertilizers.

Even as the COVID-19 pandemic posed unprecedented challenges to the industry, it presented opportunities, as well. Amid increased demand from sectors such as packaging, fast-moving consumer goods and healthcare, Brazil-based Braskem launched a $750 million polypropylene line in La Porte on Trinity Bay east of Houston. Braskem’s new line has a production capacity of over 450 kilotons per year for manufacturing products such as homopolymer, impact copolymer and random copolymers. It’s the first new PP plant to be built in North America since 2008.

“The startup of our new production line comes at a time when the North American polypropylene industry needs it most,” said Alexandre Elias, Braskem vice president. “The market has adapted to the COVID pandemic and demand in North America has recovered to pre-COVID levels. The demand, coupled with recent operating challenges in the industry, has created a situation where clients in North America need our support.”

Construction of the Baskem facility employed some 1,300 development and construction workers, and Braskem created an additional 50 full-time jobs to support long-term commercial production. The company says the La Porte plant is designed with attention to sustainability factors such as emissions, water and energy efficiency and recycling and waste reduction.

Going With the Flow

Texas produced 1.73 billion barrels of oil per day during 2020, a pandemic-year decline of 117 million barrels. Despite the drop in production, oil-driven economies of west Texas continued to prosper. Midland and Odessa in the Permian basin, one of the oldest and most widely recognized oil and gas producing regions in North America, ranked in a tie for No. 6 among Site Selection magazine’s Top Performing Metropolitans (Tier-3) in 2020. Each registered major investments in oil-related construction and equipment manufacturing.

In August 2020, family-owned Barron Petroleum announced the discovery of a 13,000-acre oil field near the west Texas town of Ozona. The company says the field is estimated to hold 417 billion cubic feet, or 74.2 million barrels, of oil and gas reserves.

The Permian Basin’s output potential received a major boost in January 2021, when Kinder Morgan’s long-awaited Permian Highway Pipeline entered service. The 430-mile pipeline, with a capacity of 2.1 billion cubic feet per day, opened a new corridor to the Houston metro, with expanded access for Permian producers to the Gulf Coast industrial and export markets. 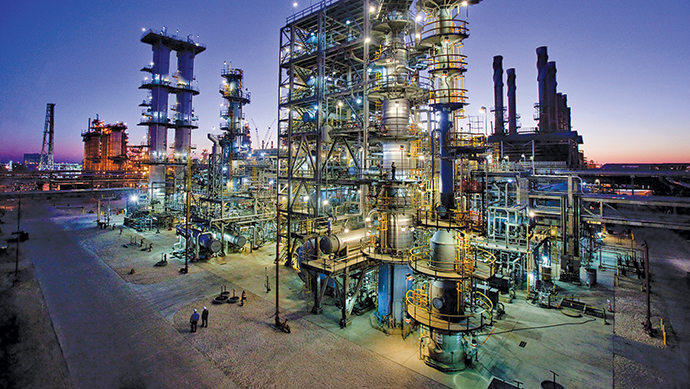