How Terrell Turned A Corner

Magnet for growth on I-20 goes from sleepy suburb to regional hub. 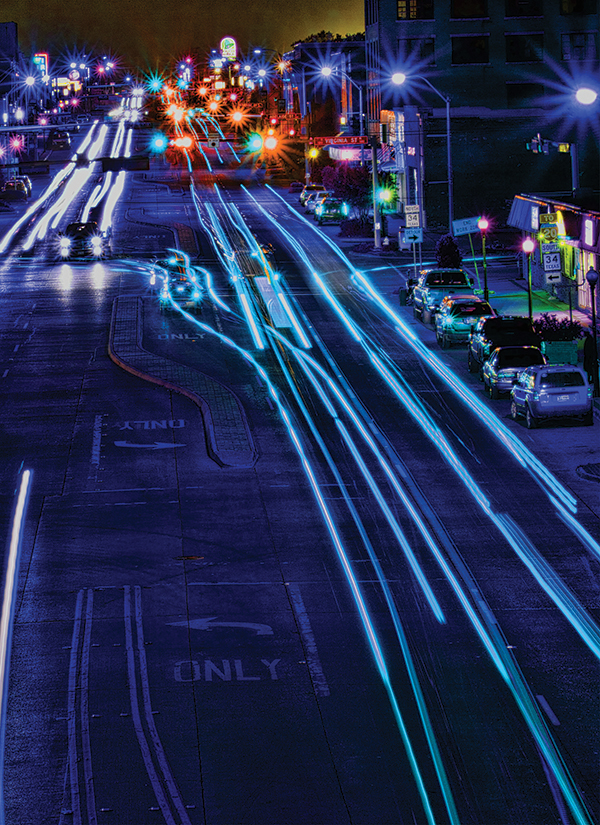 The arrival of large, big-box distribution centers placed Terrell on the map as a logistics heavyweight on the eastern edge of the Dallas-Fort-Worth-Arlington metroplex; and manufacturers followed with big-time investments of their own.

In early 2020, 1836 Farms announced it had selected Terrell for a new milk-processing plant. The 60-year-old firm plans to hire 50 people by the end of this year. The Arizona-based company picked Terrell after conducting a nationwide search.

Wood says that from his perspective, the growth will not subside anytime soon. “Growth is moving here,” says Wood, chairman of the Terrell Economic Development Corp. “Kaufman County is the fastest-growing county in the nation, and all our county benefits from that. Multiple housing projects are going up. Developers are buying large pieces of property. We have nice multi-family projects under construction. We had a Buc-ee’s locate in Terrell on Interstate 20. That area has since blossomed. The Crossroads Shopping Center went up, and we are getting several nice restaurants.”

None of this happened by accident, notes Wood. Rather, it all came about because the city had a plan and stuck to it.

Located just 25 miles east of downtown Dallas at the intersection of Interstate 20 and U.S. Highway 80, Terrell serves as a major crossroads for the region. Nearly 60,000 motorists drive through town daily, making the city an ideal spot for companies that need to move goods to market quickly and efficiently. In fact, within a two-day truck drive, you can reach 93% of the U.S. market from Terrell. 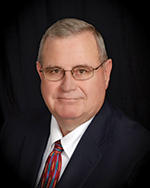 “We’d love to meet with anybody considering a move. We have a great team that works together. We will make a deal.”

The U.S. Census Bureau reported recently that Kaufman County is the fastest-growing county in the nation. Terrell is the county’s second-largest city.

Former longtime Chamber of Commerce and Terrell Economic Development Corp. chief executive Danny Booth says that the passage of the 4A sales tax completely changed the landscape of Terrell. “We were the 13th city in the state to pass that funding mechanism for economic development more than 30 years ago, and that enabled us to build our first industrial park,” he says. “We landed two Fortune 500 companies, and the rest is history.”

Getting Everyone on the Same Page

From his time as school superintendent to county judge to now chairing economic development, Wood has witnessed a transformation of the region. 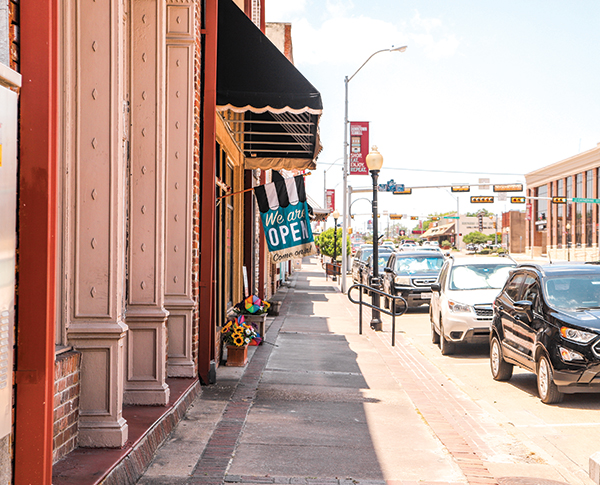 He adds that “we also have a Union Pacific Railroad that goes through our community. We provide rail service to businesses that need it.”

Top employers in town include Nucor Steel, Old Castle Building Envelope and Madix Inc. a large manufacturing company that has been based in Terrell for decades. The largest of the big-box warehouses belong to AutoZone and Walmart.

Mayor Rick E. Carmona says that change in Terrell has been largely positive: “The attitudes of our community have greatly improved as evidenced by the growth. As chairman of the TEDC, I watched our community go from little interest to high demand and continue to receive calls on a daily basis on quality developments. We will continue to work with developers and bring quality development to the city. Our business-friendly attitude toward growth has definitely been an asset.”

“We are a business-friendly community,” says Wood. “We have an informal meeting every Tuesday morning at the Chamber of Commerce building at 7:30. We have business leaders there. We have elected officials there. We have the mayor. We have the county judge. Our county commissioner and school superintendent attend. It is a communication process that started about 40 years ago. That one meeting that we do weekly has helped as much as anything in keeping our communication lines open. It just keeps everybody on the same page.”

Case in point was the pandemic and the coordinated response that local leaders rapidly assembled. “Our city and county government led the way in providing access to the vaccines,” says Wood. “I must give kudos to the City of Terrell and Kaufman County for providing the vaccines and testing locations and their leadership during that time. We managed that as well as anyone could have during that time.”

When workers got displaced, the community went to work helping connect people to jobs and employers to workers. “Our employers were needing employees. We still have a few vacant jobs but not as many as we did,” Wood says. “We have a great relationship with Trinity Valley Community College and our Workforce Commission. They provide training opportunities that are now available to our kids in high school.”

A New Leader Takes the Reins

Terrell received a boost three years ago when accomplished economic developer Ray Dunlap accepted the position as president of the Terrell EDC. A longtime leader at the state and local levels, Dunlap brought decades of experience and a national reputation for excellence to his post in Terrell. He served on the board of Team Texas and is currently chair-elect of the Texas Economic Development Council’s board of directors.

Since coming on board in February 2019, the hiring of Dunlap paid immediate dividends. Several large manufacturers have expanded in Terrell in the last few years. And along with the win of 1836 Farms came a bonus.

“They are a milk processing operation that does organic milk in glass bottles,” says Dunlap. “Every bottle says ‘Terrell, Texas’, on them. They are distributed throughout the state. We are constantly getting recognition statewide.” 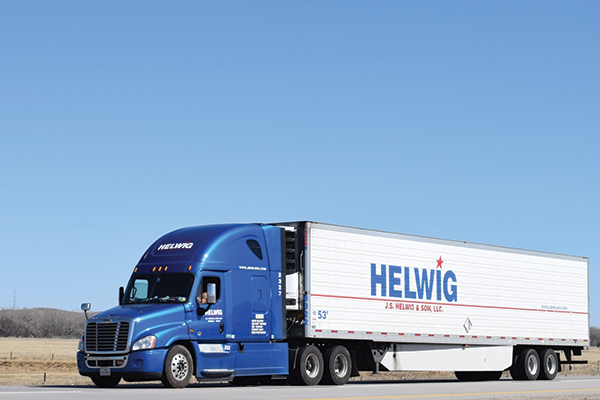 Helwig is one of three major trucking firms in town.

Terrell landed the dairy company during the pandemic — a remarkable feat given the circumstances. “We worked together to keep as many of our businesses open as possible during COVID-19,” says Dunlap. “The chamber and the city executed an agreement where the chamber worked not just on chamber members, but on any business in the city. We used local restaurants to help feed their employees. We helped restaurants stay open by buying from them. We worked to keep businesses open by having them declared essential.”

That community commitment carried over into the present. With critical workforce shortages still being experienced by some, Dunlap and the TEDC are working overtime to match businesses with talent.

“Like everyone else, we are experiencing shortages,” he says. “We have a strong base of manufacturing and distribution. They are thriving. We are investing to help our local businesses recruit talent. We are trying to get them workers. With 18,000 residents and 14,000 jobs, we are the other side of the coin from bedroom communities.”

Already an established retail hub, Terrell’s next priority is becoming a medical hub for the region, says Dunlap. “We are working to recruit medical facilities to Terrell. Our sales tax revenue keeps climbing. We are up 24% year-to-date over last year. We established a hub here so that our neighbors around us would come to us for something. We have Academy Sports, Hobby Lobby, Chick-fil-A and a host of other national retail chains.”

What put Terrell on the map? That’s easy, says Dunlap: “Buc-ee’s drove our retail growth. It was the first piece of the retail puzzle in Terrell. Dr. Wood had a lot to do with that.”

On the housing front, he adds, “there are about 3,000 to 3,500 homes that are in the drawing board stage. They are on land that has agreed to annex into the city, and these new homes will be affordable. There are a variety of price points with the new homes.”

Carlton Tidwell, president and CEO of the Terrell Chamber of Commerce, says that “quick access to Interstates, intermodal and major airports, along with the luxury of a small-town lifestyle minutes away from the diverse culture of a major metropolitan area” are some of the area’s top selling points. He adds that these location factors also serve to attract a talented workforce.

When asked to describe the major selling points of Terrell, Dunlap echoed Wood: “The biggest one is an intangible. We just talk. We communicate and none of us are silos. We make sure that our communication lines are open and stay open. When projects come, we have no trouble lining up the support to get the job done.” 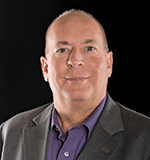 “We use the entire incentives toolbox at our disposal.”

As for location factors, Dunlap noted that “we are located where I-20 and Highway 80 come together. We have easy access through State Highway 34 and I-30 which goes to Little Rock. The major trucking corridor of I-30 to I-40 is a big draw. We also have a rail spur in our industrial park. We have two major distribution centers for Walmart and Auto Zone. We also have three trucking firms that call Terrell their headquarters.”

Dunlap adds that the community is willing to get creative with incentives to help employers grow. “We use the entire incentives toolbox at our disposal,” he says. “We do job grants. We do infrastructure grants. We do sales tax rebates. We do tax increment finance zones. We do workforce training and workforce funding grants.”

And what does the balance of 2022 look like in Terrell? “I am working on five different projects right now,” Dunlap says. “I am working to refill a vacant 750,000-sq.-ft. facility next to the rail spur. It is an opportunity.”

Wood says that the time to take advantage of this opportunity is now. “Come to Terrell to visit,” he says. “We’d love to meet with anybody considering a move. We have a great team that works together. We will make a deal.”