Utah: The Best State for Business

A concerted approach to pro-growth policy has made Utah into an economic force.

For more than 120 years, the economy of Utah was built primarily on farming and mining. As the land prospered, so did the people who lived and worked on it.

Fast forward to 2018, and you'll find one of the most diverse economies in America. From aerospace to I.T. and software, some of the state's leading industries are no longer built on the land, but on the brain power of the talent that has found its way to the Silicon Slopes.

Val Hale, executive director of the Governor's Office of Economic Development, says the remaking of the Utah economy began in the 1960s and continues today.

"We have a business-friendly Legislature that is intent on enacting business-friendly laws and regulations, including low corporate and individual taxes," says Hale. "The result is a fertile soil for businesses to grow and prosper."

Forbes has named Utah the Best State for Business eight of the last nine years, including the No. 1 ranking again for 2018. "Utah scores well across the board, with particularly high marks for its regulatory climate and growth prospects," notes Forbes. "Gov. Gary Herbert has made cutting red tape a tenet of his administration since he was elected in 2009. He's eliminated or significantly changed nearly 400 regulations during the past seven years. Utah also boasts a business-friendly legal climate and fiscally sound government — it's one of only 10 states to hold a AAA bond rating from all three rating agencies."

In various measures, Utah consistently outperforms other states. Utah boasts the highest growth in nonfarm payrolls over the past year and the third highest GDP growth. Utah is tied for first with California in most independent inventor patents per capita.

Utah's cities outperform as well. When the Milken Institute released its annual Index of Best-Performing Cities in January, three Utah locations surged to the top: Provo-Orem, Salt Lake City and St. George. Provo-Orem ranks No. 1 among all large metro areas in the country, while Salt Lake City ranks second. St. George ranks No. 2 among all small metros.

Hitting the Bullseye of 6 Targets

Natalie Gochnour, associate dean of the David Eccles School of Business at the University of Utah and the director of the Kem C. Gardner Policy Institute, says the current economic performance of the state is virtually unprecedented.

"This is a very prosperous time in Utah," she says. "Utah had the fastest job growth in the country in 2017, and our labor market fundamentals remain strong. Our year-over-year job growth of 3.2 percent is twice the national rate, and our unemployment rate is just 3.1 percent, compared to the nation's rate of 4.1 percent. By many measures, the Utah economy is the strongest in the nation."

"We have more than 33,000 jobs in aerospace and defense," says Hale. "From rear stabilizers for the Boeing 787 to Airbus 380 component parts, every fighter jet in the Western Word uses carbon fiber composites made in Utah."

In software and I.T., Utah leads the nation in tech growth. "We registered 7.69 percent growth in this sector last year," notes Hale. "We have more than 73,000 jobs among 4,000 companies on the Silicon Slopes."

The energy sector employs 13,500 people in Utah with an average annual salary of $81,000, with oil and solar ranking among the largest generators of energy.

In outdoor recreation, Hale says that "Mother Nature played favorites with Utah and blessed us with some of the best scenery in the United States." This sector contributes $12.3 billion to the state economy and accounts for $3.9 billion in annual wages.

Financial services, meanwhile, remains strong as Utah ranks No. 8 in the nation for banking assets. "Fintech is on the rise in Utah," says Hale. "Purple Mattress was just a year and a half old when it sold for over a billion dollars."

The Factors Behind the Success

Gochnour says several assets enable this success. "The causes of Utah's growth are multi-faceted," she notes. "We have a growing labor pool, a healthy and well-educated workforce, a high state fertility rate, and a very young and growing and tech-savvy population." 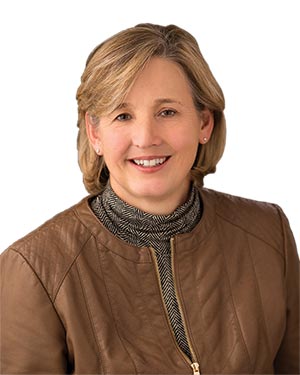 "This is a very prosperous time in Utah. Utah had the fastest job growth in the country in 2017, and our labor market fundamentals remain strong. By many measures, the Utah economy is the strongest in the nation."
— Natalie Gochnour, Associate Dean, David Eccles School of Business, University of Utah

The shining star of the Utah economy, however, remains technology. "Our land costs, our university research, our advantages all became apparent to people in the technology world," says Gochnour, "The Point of the Mountain is the hotbed of tech companies in Utah now. It is also called Silicon Slopes. You could say that we have reached the tipping point."

Tipping or not, Hale says the Governor's Office is not content to rest on any laurels. "We're bidding to host the 2026 or the 2030 Winter Olympic Games, and we just created a global inland port in Salt Lake City," he says. "The Salt Lake City International Airport has a huge expansion underway, and we're moving our prison from the middle of Silicon Slopes to closer to the airport to free up 700 acres of prime real estate for development. We hope to have a number of companies trying to capitalize on that location within the next three years."

He then threw out an open invitation to any company that wanted to join him: "If you want to double your sales and double your revenues, come to Utah," he said. "There is not a better place to do business than Utah."