Utah’s quality of life and opportunities for advancement make it a prime place for millennials to plant their flag. 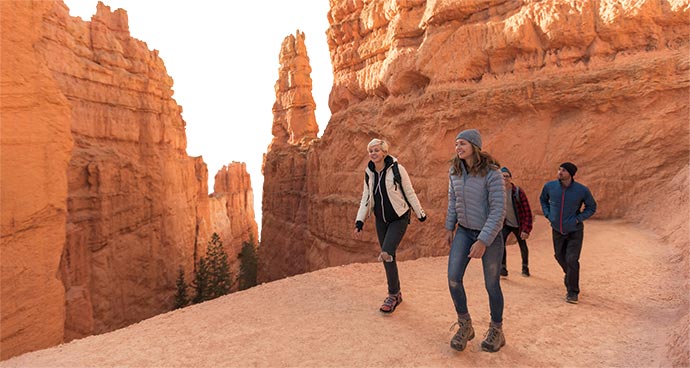 Utah has the third highest number of millennials in the country with 23.6 percent of the state's population between the ages of 20 and 34. The national average is 20.6 percent.

Utah's youthful population will continue for years to come, as 30.5 percent of the state's population is under the age of 18 while the national average is 22.9 percent. Utah also has the highest percentage of school-age children and children under 5 in the nation. By 2065, the number of Utahns is expected to grow from its current size of 3 million to 5.5 million.

Utah caters to young people in a variety of ways. It offers a low cost of living, high quality of life and ample opportunities for young people to advance their careers.

Part of the reasoning behind the rankings lies in the state's affordable real estate. Utah boasts the fifth highest rate of millennial homeowners in the nation.

Realtor.com ranked Salt Lake City No. 1 in its Top Cities for Millennials ranking for the city's unique mix of hip urban culture and relaxing mountain vibes. Millennials make up a little more than 15 percent of the city's population.

"Utah is such an amazing place," says 29-year-old Annie Leither, assistant vice president of sponsorship for Zions Bank and one of Utah Business Magazine's 20 in their 20s. "It's fascinating to see how many people move here and appreciate the beauty we have here, right in our own back yard. Between all our national parks and all the recreational opportunities, we have a lot here. I don't think a lot of people know about all the arts and entertainment opportunities we have as well. Between all our concert venues and the new Broadway of the Eccles Theater in Salt Lake City, there are so many opportunities no matter your interests."

Additionally, the U.S. Chamber ranked Utah No. 1 for entrepreneurship and innovation and No. 1 for high-tech job growth in its 2017 Enterprising States report.

After graduating from Brigham Young University, Kory Stevens, CEO and founder of Taft Clothing, opened his designer show company in Provo in 2014. Stevens who grew up in Burbank, California, and lived in Los Angeles until college, says Utah's startup culture is very active and full of people willing to help. Stevens is also one of Utah Business' Top 20 in their 20s.

"Utah is a very special place. The entrepreneurial environment is incredible here. Everyone is very helpful and networking runs really deep here. I have been able to get access to very influential people because of my local Utah network. I think people underestimate the number of powerful businesses and entrepreneurs that are here in Utah. We are quietly crushing it out here. We have been able to find world-class talent here and it remains affordable due to the cost of living."