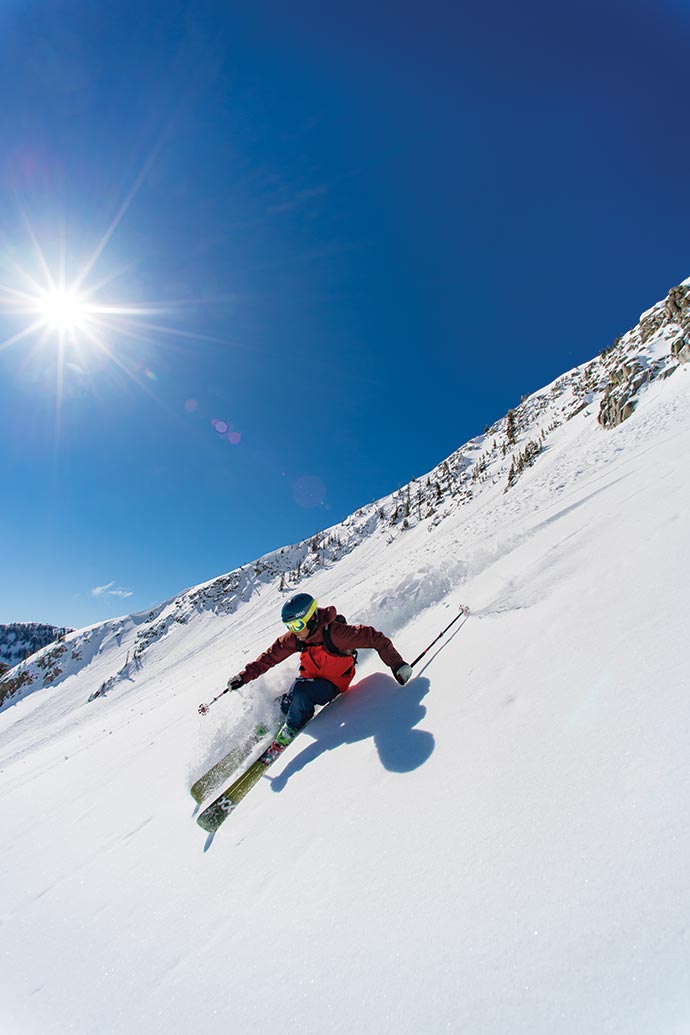 From the five-star ski resorts of Park City to the other-worldly grandeur of Zion National Forest and Bryce Canyon, from the burgeoning outdoor wilderness scene in and around Ogden to the thrilling bike trails in the hills above Moab, Utah sets the pace for spine-tingling adventure.

The great outdoors is central to life in Utah. And it's a boon to the state's robust economy. Outdoor recreation contributes more than $12.3 billion in state GDP, employs more than 110,000 people earning nearly $4 billion in wages and helps drive a vibrant tourism industry.

There's more. Hunting in Utah is a multi-million dollar industry. Iconic sandstone walls attract rock and ice climbers. Boating and fishing on the state's abundant waters are as good as it gets.

"What really sets Utah apart is the public lands we have here and the recreational opportunities they present," says Nazz Kurth, president of Petzl America, the outdoor equipment giant headquartered in Salt Lake City. Kurth, like many Utahns, aggressively mixes work and play; he was reached by phone on a skiing trail high above the Utah capital.

"Utah," says Kurth, "attracts people who want a quality of life. That means working hard and also means playing hard. It means, for example, going skiing right out your back door. Or climbing towers in the desert. Or just camping out in the majesty."

A Proving Ground for Outdoor Gear

For Petzl, and for dozens of other companies, Utah's great outdoors provides an optimal proving ground for product development. Amer Sports, located in Ogden, cites employees' use of nearby trails for helping push its Salomon line of hiking and trail running shoes.

"When we came to Utah," says Mike Dowse, president of Amer Sports Ball Sports, "Salomon wasn't known for its trail running products. I credit the trail system above Ogden for helping push that aspect of our line. There are a dozen trail heads right near our office."

Other outdoor companies that have chosen to headquarter in Utah in include Black Diamond, Skullcandy, Ground Zero, Easton and GPS. The outdoor economy has become such a boon to Utah that, in 2013, Governor Gary Herbert created a first-in-the nation statewide Office of Outdoor Recreation.

"Our mission," says director Tom Adams, "is to make sure that all Utahns can live an active lifestyle through outdoor recreation. People here tell their friends and family about Utah and tourism gets boosted. Then, before you know it, new businesses come to Utah. We've seen this happen time and time again. Every company we work with," says Adams, "says that outdoor recreation is a vital point of why they're moving to Utah."

Adams notes that, with the boost from the highly successful 2002 Winter Games, entire Utah communities, including Moab, Park City and Ogden have shifted economic focus from minerals extraction to outdoor sports. The Wall Street Journal has named Ogden as "the center of the outdoor sports gear" in the U.S. In addition to Amer Sports, outdoor companies that call Ogden home include ENVE Composites, Mercury Wheels and Osprey Packs.

Bewitching "hoodoos" greet guests at Bryce, a four-and-a-half hour drive south of Salt Lake City. The tall, skinny spires, according to the National Parks Service, appear in greater abundance in the park's cathedral-like northern section than anywhere else in the world.

Ranging from human-size to well over 100 feet tall, the jagged, totem-like formations are the product of 40 million years of erosion and "frost-wedging," the geological process of weathering caused water seeping into cracks, freezing and thus expanding.

Hoodoos, being in a constant state of decay, won't be at Bryce forever. Geologists believe their life span has about three million years remaining. 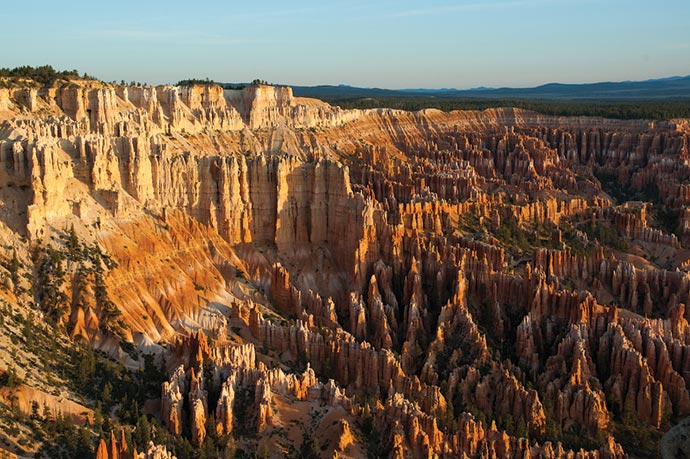