The Golden Era of Sports 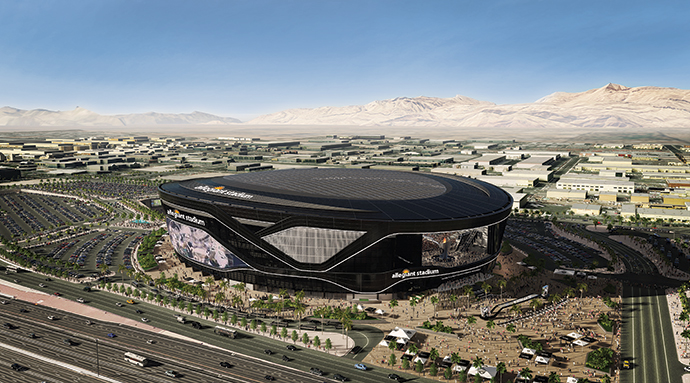 Allegiant Stadium, home of the Las Vegas Raiders
Rendering courtesy of the Raiders
by RON STARNER

The late Al Davis, longtime legendary coach, general manager and owner of the Oakland Raiders, famously once said, “The fire that burns brightest in the Raiders organization is the will to win.”

Davis used that mentality to guide his team to three Super Bowl championships of the National Football League, and today his family is intent on carrying that legacy in 2020 to the team’s new home in Las Vegas.

In many ways, the will to win is the perfect metaphor for the entire sporting landscape of Southern Nevada. From the championship legacy of the Runnin’ Rebels basketball teams of UNLV to the meteoric rise of the Vegas Golden Knights in the National Hockey League, the athletic teams of Las Vegas mimic another mantra of Al Davis: “Just win, baby.” 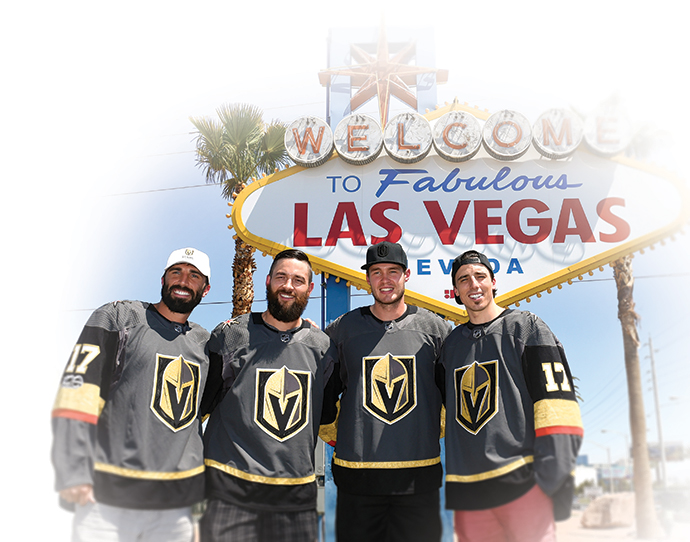 Members of the Vegas Golden Knights
Courtesy of LVCA

And win they do. When the Golden Knights came into the NHL as an expansion franchise in 2017, hockey analysts placed very little expecta-tions on the club. A 51-win, 109-point debut season in 2017-2018 that culminated in a run to the Stanley Cup Finals put a serious dent in those low expectations. Though the team lost in five games in the Finals to the Washington Capitals that season, the foundation was set for a championship run for the Knights for years to come. Vegas backed up that initial success with another stellar season in year two, winning 43 games and tallying 93 points to finish third in the Pacific Division in 2018-2019.

Golden Knights owner Bill Foley saw it coming all along. Back in 2015, he said his goal was to make the playoffs in Year 3 and win the Stanley Cup by Year 8.

Ahead of schedule, the Knights are already knocking on that championship door. What normally takes many years to build, the Knights accomplished right out of the gate. And they did more than win on the ice at T-Mobile Arena. They captured the hearts of an entire city, rallying a fan base behind a unified cause to celebrate the victories of resilience and triumph.

“It’s a very exciting market that was craving a professional team,” a spokesperson for the Knights said. “While the desert isn’t synonymous with ice hockey, this town and its residents were hungry for a team to call their own and owner Bill Foley, along with the NHL, recognized that. Las Vegas has been the perfect fit for hockey and the NHL.”

The Knights are so Golden that now they are the envy not only of the rest of the NHL, but of the entire sports world.

The building, which contains more than 50,000 sq. ft. of production space and over 70,000 sq. ft. of office space, officially opened its doors on June 18, 2019, by hosting its first event, the season three premiere of Dana White’s Contender Series. 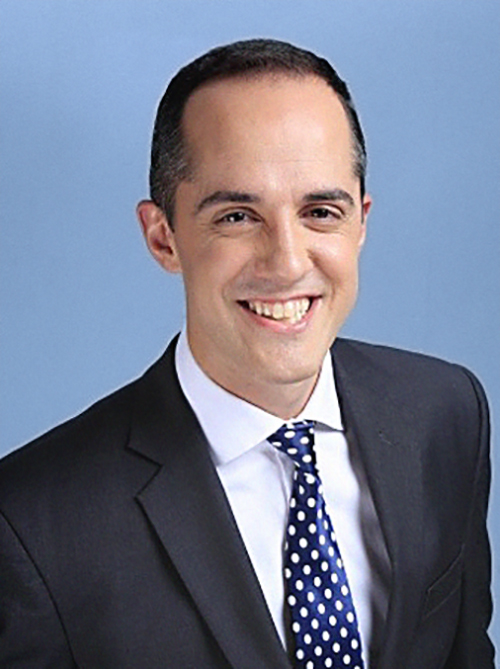 “As we looked for a location for our global flagship venue, we wanted a city that inspired excitement across countries, continents and cultures.”
— Jud Hannigan, CEO of Allied Esports, parent company of HyperX Esports Arena, Las Vegas

“UFC APEX is going to be a massive game changer for combat sports and for UFC,” said UFC President Dana White. “This facility gives us the flexibility to try new things and push the envelope on producing and distributing combat sports all over the world. We are limited only by my imagination. When you think of where we started and where we are now, it’s pretty incredible, but we haven’t even scratched the surface of how big this will become.”

One of those teams that hopes to emulate that success will be the newly minted Las Vegas Raiders, set to make their debut in the brand-new, $2 billion Allegiant Stadium next summer.

The Raiders’ move from Northern California to Southern Nevada was sealed in March 2017 when NFL owners voted 31-1 to approve the relocation. When the team made famous by the likes of John Madden, Ken Stabler, Fred Biletnikoff, Marcus Allen and Tim Brown finally takes the field at Allegiant Stadium in Paradise, Nevada, they will find more than just a new football field; they’ll find a state-of-the-art arena that will raise the bar on expectations for every new stadium around the world.

A domed stadium with huge retractable windows, Allegiant Stadium upon completion will cover 62 acres, include 128 executive suites, and be able to accommodate 65,000 fans for football games or 61,000 for soccer matches. This gleaming new sports palace will serve as the home for the Raiders and the University of Nevada, Las Vegas Rebels college football team. Construction began on Sept. 18, 2017, and it’s set to be completed by July 31, 2020.

Gamers Get Their Great Hall

But athletic endeavors aren’t the only sporting events enthralling fans in Las Vegas these days. So too is the revolutionary new world of esports. Las Vegas staked a claim to be the capital of this fast-moving industry when it opened the HyperX Esports Arena on March 22, 2018. A 30,000-square-foot, multi-level arena that caters to competitive gamers, the facility is doing more than giving gamers a high-quality place to compete for top prizes in esports; it’s changing the way the world perceives video games and the many millions who play them. 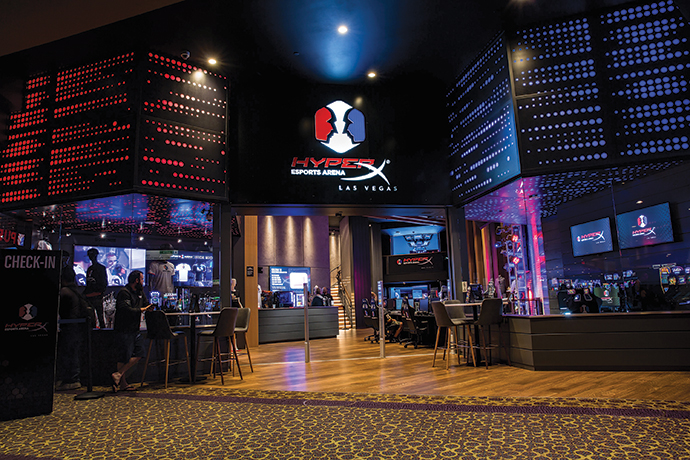 “As we looked for a location for our global flagship venue, we wanted a city that inspired excitement across countries, continents and cultures,” said Jud Hannigan, CEO of Allied Esports, the parent company of the arena. “Las Vegas is the entertainment capital of the world, and eyes light up when you say the name. With numerous esports events and conferences already calling Las Vegas home, we believed we could build an arena on the Strip that would become the center of the city’s competitive gaming landscape. Once we saw the space at the Luxor, we knew we had a location that would make waves in the global video gaming community.”

Hannigan added that “HyperX Esports Arena has been an unmitigated success. The arena now has incredible partners in HyperX, one of the first naming rights partnerships for a dedicated esports venue, and Newegg, a foundational partner. We’ve produced top-tier events with publishers across a wide range of esports titles, as well as events in other forms of entertainment. We’ve hosted some of the biggest names in competitive gaming and streaming. We’ve become a must-see attraction and event space for not only players and fans, but for global businesses and organizations.”

The biggest name in esports and streaming, Tyler “Ninja” Blevins, hosted Ninja Vegas ’18 at HyperX. “The event was one of the first competitive Fortnite showcases and was watched by more than 2 million people” around the world, said Hannigan. 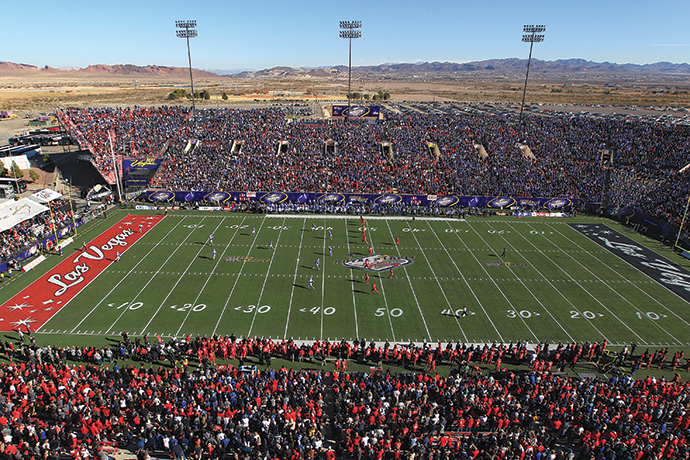