On April 5, 2021, President Joe Biden in Washington, D.C., tweeted three words that Washington state took to heart long ago: “Broadband is infrastructure.” When it comes to proactive broadband policy, the state is passing the torch, but not passing the buck.
Washington Department of Commerce Director Lisa Brown announced in September 2021 that Dawn Eychaner would step up from deputy to acting director of the Washington State Broadband Office (WSBO) as the state conducts a national search for the position. Departing director Russ Elliott took the fledgling office from startup in 2019 to a nation-leading model for seeking digital equity in rural communities.

“I am proud of our work with the Legislature and Governor Inslee to take the broadband office from a startup to a collaborative organization responsible for $326 million in funding, putting us well on the way to meeting our goal of providing affordable broadband access to all residents,” Elliott said, noting that successful federal funding applications are under consideration for broadband infrastructure to communities including Jefferson County, Stevens County, Okanogan County, Kittitas County, Ferry County and a number of projects on Tribal lands across the state.

Achievements of the growing office to date include a federally recognized effort that created hundreds of emergency free drive-in Wi-Fi hotspots throughout the state and implementation of a detailed strategy and mapping tools for achieving the goal of universal broadband connectivity by 2025. The work garnered over $300 million in funding from the Washington Legislature for the 2021-23 biennium.

The mission of the WSBO is to determine how to bring internet access to all Washingtonians by 2024. Longer term, the goal is for every Washington community to have access by 2026 to 1-gigabit-per-second service at an anchor institution such as a library, hospital, school or government building. By 2028, the goal is universal access to 150 megabits per second (Mbps) symmetrical service (uploads and downloads), which will allow multiple users to be online at once and easily stream content, share large files or conduct video calls. And the state has a uniquely powerful network of partners and stakeholders to help get there.

“Washington, being one of two states in the country with public utility districts, and home as well to ports and rural cooperatives, has significant opportunities for public network expansion,” says the WSBO’s 2020 report. “If they can leverage the existing service relationships they have with their rural members, they can help us make progress in achieving ubiquitous and inclusive connectivity. All of these networks, formed for different purposes and operating under different models, will need to collaborate to reach our aggressive state goals.”

“By maintaining the country’s most aggressive broadband goals, we are focused on the future and not stuck in today’s needs that will not be relevant tomorrow, thus ensuring success for decades to come.”

The WSBO is working with more than 30 Broadband Action Teams (BATs) around the state, including the first one created by Washington State University Extension (WSUE) in 2016. WSUE was among more than a dozen public and private partners who came together with WSBO to launch the Drive-In WiFi Hotspots project, which began as a plan to put hotspots at 40 WSUE locations but ultimately expanded to a three-phase public-private collaboration that resulted in more than 320 new sites, ultimately bringing the total number of drive-in hotspots to more than 600.

Washington’s Legislature in spring 2021 approved an historic broadband package that includes more than $411 million in the state’s capital budget. WSBO estimates it will take at least $3 billion to achieve Washington’s 2024 and 2028 goals.

Before he left for his new job as CEO of a California telecommunications carrier, Elliott, a longtime champion of rural connectivity in Colorado and the former president of Brainstorm Internet, responded to a few questions. 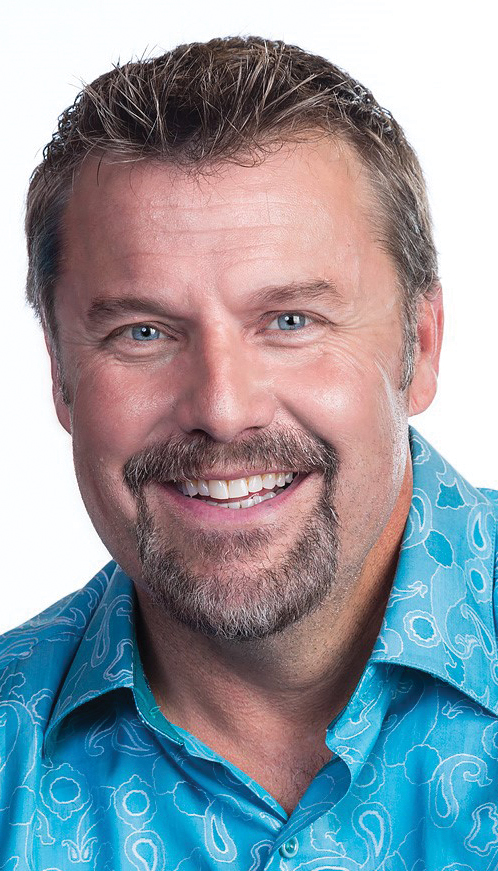 Describe the evolution of your strategy from fall 2019 when you were appointed to fall 2020 in the midst of the pandemic to fall 2021 today.

Russ Elliott: Washington state strategy has been to focus on broadband at the community level.  We believe broadband is a community-up discussion versus provider-down as the feds continue to focus on. We feel there needs to be a balanced conversation from all parties and local communities will know better where they are seeing challenges in connectivity.

The need for stronger broadband comes at the same time people and operations have at least temporarily dispersed, often to suburban or more rural locations, during the pandemic. How are you working with your colleagues at Commerce in terms of fielding inquiries from companies looking to locate or expand in the state?

Elliott: Washington state has been an attractive tech state and what we have seen lately are that these tech companies are allowing for remote work, so the need to build into our more rural reaches will meet those needs and allow for quality of work/life balance. Companies in this state are coming to the table with both financial and technical resources to close the digital divide.

In which Washington communities have the positive effects of broadband access been most dramatic?

Elliott: Building broadband takes time and money. We are really at the beginning stages of seeing results from our efforts over this last year and a half and the American Rescue Plan Act funds are just now starting to hit the streets. The biggest change here in Washington has been the focused planning at the community level to be certain that when the funds hit the street, we have quality projects to consider. As well, this has set us up for success in pursuit of federal funds through the USDA and FCC in that we are prepared when funds are announced to deliver quality projects for consideration.

Strong broadband isn’t just essential for basement-office entrepreneurs, but can be the catalyst for investment and growth by industrial and manufacturing operations in this age of advanced/digitized manufacturing. Describe a couple examples of this from your experience across Washington.

Elliott: The biggest impact we are starting to see here in Washington will probably be in the agricultural sector. Precision agriculture is no longer a thought or aspiration, it is a must to stay competitive at the international level. We are seeing some good research and proof of concept in robust broadband delivered to the edge of the field which will aid in the autonomous tractor and drone work being carried out across the field.

The broadband push is coming at a time when corporations are rediscovering their priorities in hiring diversity. Do you see these two trends complimenting one another in terms of shrinking the digital divide and growing a qualified and diverse workforce all at once?

Elliott: Washington state is doubling down on digital equity and inclusion. We believe the more we make broadband affordable and available and ensure all have the tools and training, it will open up diversity and opportunity statewide. 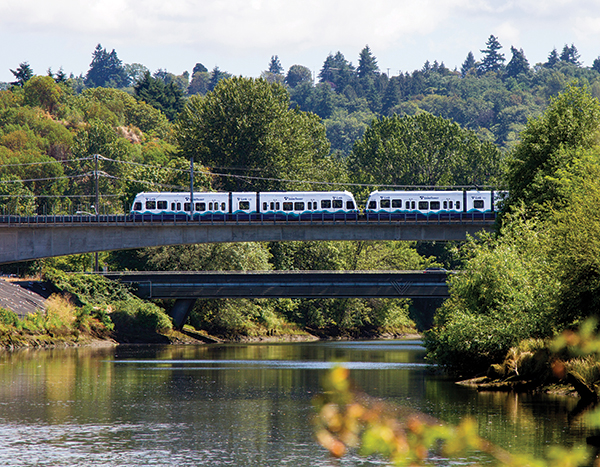 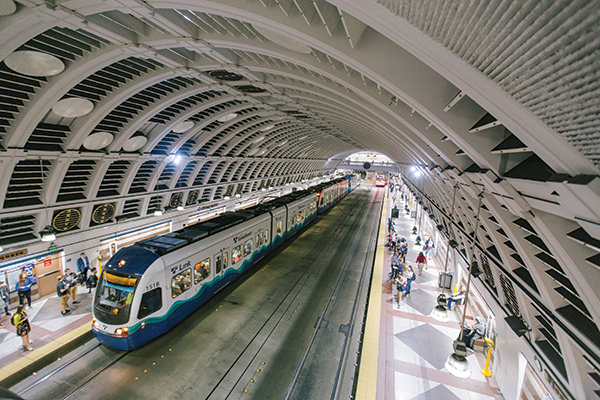 When outgoing Seattle Mayor Jenny Durkan delivered her final budget address in September 2021 from North Seattle College, she said, “This week, students here can walk over the new John Lewis memorial bridge to the new Kraken Starbucks Iceplex. Or take a train from the new light rail station to a great job downtown … to the Climate Pledge arena … or to our transforming waterfront park.”

Moving people around should get easier in the forthcoming decade, as Sound Transit is building 13 new light rail stations with service to West Seattle in 2030 and Ballard in 2035. The new light rail lines and transit tunnel under Downtown, South Lake Union and Seattle Center/Uptown comprise the largest transit investment in the city’s history.