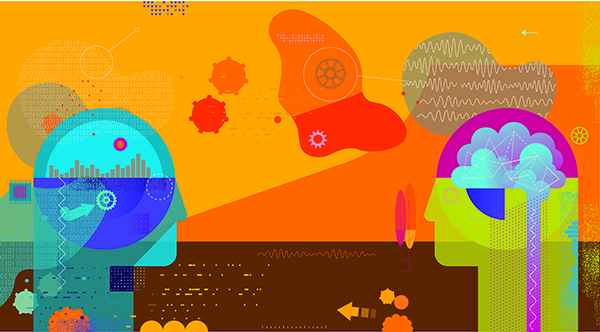 As home to the world’s most successful startup, a certain online store known as Amazon, Washington State owns a seat at any discussion on the topic of entrepreneurship.
“We have a long history of creating amazing things, from commercial jets to online shopping,” says Robb Zerr, senior managing director in the state’s Office of Economic Development & Competitiveness. “What it starts with,” says Zerr, “is creating an environment where entrepreneurs can create the next big thing.”

If you haven’t yet heard the term “coopetition,” expect to hear it more often. It’s been defined as simultaneous cooperation and competition among competitors.

“It’s where competitors are actually working together to move an industry forward, recognizing that we can compete with each other regionally, or we can compete together on a global scale,” says Stephanie Scott, director of the Commerce Department’s Innovation Cluster Accelerator Program, a program built around the notion of coopetition.
The term, says Scott, comes from Norway, a country that lays claim to the “cluster model” of economic development, a concept for which Washington State has gone all-in.

“A cluster,” she says, “is a membership-based organization that is industry-led. With traditional economic development programs, it’s often that, ‘if you build it they will come, and we’ll get industry to the table.’ Clusters are really about industry leading industry. We’re identifying market opportunities that we can pursue as a cluster that individual companies might not be able to pursue on their own.”

Beginning in 2022, Scott and her team will help to establish up to eight Innovation Clusters in areas such as 5G, agriculture technology, maritime economics, aviation, hydrogen energy, quantum computing and information and communications technology. Successful applicants will receive up to $750,000 through a performance-based contract and participate in a cluster development program. The immediate goals are to drive innovation, overcome barriers, access new market opportunities and to attract talent and capital.

“It’s really about bringing together five stakeholder groups,” says Scott, “namely corporations, entrepreneurs, academic institutions, government and investors. And then,” she adds, “convening joint innovation projects where you actually are bringing together all of these entities where they are working together on research and development projects and pursuing funding for those projects together. Ultimately, these clusters are pursuing market opportunities for all of the businesses that are engaged in the cluster and in the industry as a whole.”

Support for the cluster model comes from studies that have shown how a region can improve its economic performance by improving its existing assets, rather than attempting a transformation by chasing industries situated elsewhere. Thus, regions might better succeed by investing in and extending their existing competitive advantages.

According to Jennifer States, VP for Projects and Strategy at Washington Maritime Blue, there are clusters, and then there are Clusters.

“A collection of industries that are working in the same region is a cluster. Cluster with the capital ‘C’ is where you actually have an organization that works to bring them together, that works to create collaborative strategies and projects. It’s typically a non-profit that works to bring all these different members to move the industry forward.”

Maritime Blue, as a nascent Innovation Cluster, serves as a prime example of how a region can ride its existing assets farther and faster by building them out collaboratively. With the “ocean economy” expected to double by 2030 to $3 trillion, the non-profit maritime coalition is leading Washington State’s Strategy for a Blue Economy through workforce development, a focus on innovation and commitment to sustainability.

“The funding our clusters receive will support their administrative and operating expenses, but it’s really about how we support the backbone structure of these industry-led consortia,” says Stephanie Scott. “We will be working very closely with the staff from the clusters and their boards to identify the big, hairy audacious goal they see for their industry and to help them get there.”