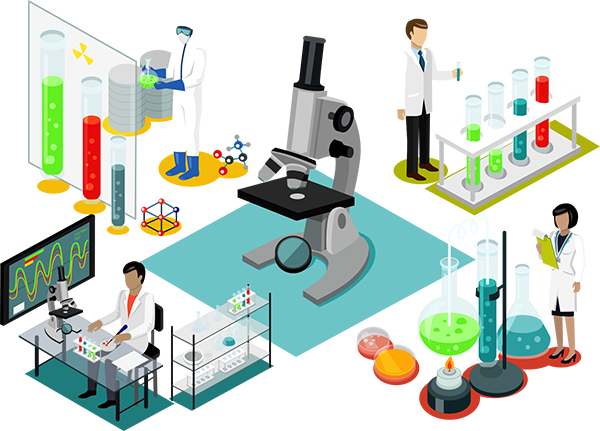 Since then, it’s safe to say that the Evergreen State has recorded one of its best years ever in the life sciences sector. Over the past 12 months, eight of the 11 high-tech startups to join the public markets via a traditional IPO were biotech firms. Between early July and late August of 2021, three such companies went public: Absci raised $200 million; Icosavax raised $180 million; and Eliem Therapeutics raised $80 million.

Those three initial public offerings brought to more than $2 billion the amount raised by Washington state biotech firms over the past year. The global COVID-19 pandemic has only fueled the growth of biotech IPOs, as many of these companies are jumping on the bandwagon to develop new vaccines and treatments to protect humanity from the coronavirus.

The result has been a surge in demand for space in the Pacific Northwest, particularly in Seattle and surrounding cities along Puget Sound. According to a report just released by CBRE, “startups and spinoffs are creating a historic amount of leasing activity in the Puget Sound market. Tenants are committing to new developments or building conversions earlier than ever before. Developers are speculatively constructing or plan to convert nearly 1 million sq. ft. of additional biotech space in the Puget Sound region.”

The CBRE report adds that $8.6 billion in venture capital has been awarded to companies in the Pacific Northwest over the past year; and Seattle has a total of 913,000 sq. ft. currently under construction, all of which is expected to deliver by the end of 2023, in the biotech space. Another 1.6 million sq. ft. of planned lab-capable supply is possible by 2025.

According to CBRE, Seattle is the sixth largest life science cluster in the U.S., with 8.03 million sq. ft. of space devoted to biomedical use. In the first quarter of 2021, Seattle ranked fourth in the country in securing new venture capital funding for biotech investment with $1.06 billion.

A JLL report similarly indicates that life sciences employment in Washington state increased 21% from 2010 to 2019, and the Seattle region is considered the fastest growing life science job market in the U.S. Voted a top emerging life science market only several years ago, Washington now ranks as the #6 life science cluster in the country based on investment transactions in the past decade.

The assets that attract biotech investors are many. For starters, the University of Washington in Seattle was the fifth-ranked university in the country by completion of life science Ph.D. degrees in 2019. Only Harvard, MIT, Johns Hopkins and Cal-Berkeley ranked higher.

A history of innovation and exploration adds to the appeal, says Dr. Leslie Alexandre, president and CEO of Life Science Washington. “As someone who moved from across the country to join this vibrant cluster, I encourage others to experience the pleasure of living and working in Washington as a life science professional,” she said. “Not only has this region pioneered cutting-edge solutions and innovations to address extraordinary medical challenges and global health crises like COVID-19, but it also offers a beautiful place to live, work and play.”

Demand for talent skyrockets even as the delta variant spreads across the globe. Both emerging and established companies are hiring across multiple disciplines and sectors. According to Life Science Washington’s 2019 Economic Impact Report, life science job creation in Washington from 2001 to 2017 greatly outpaced private sector job growth, providing a significant buffer against the last two recessions.

In partnership with the state, Life Science Washington is also spearheading new workforce training programs with community and technical colleges in Western Washington.

“Washington’s life science industry is particularly important in times like these,” says Patricio Massera, CEO of Bothell, Washington-based AGC Biologics. “At present, our common enemy is COVID-19. As AGC Biologics ramps up to produce a potential vaccine and treatment for COVID-19, we are hiring as quickly as we can to meet the demand. It has never been more important to bring the best talent to this region to join us in this fight.”