A longtime partnership with the military opens new economic opportunities. 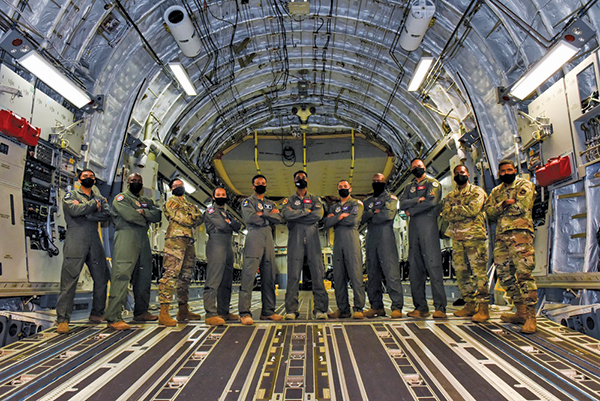 The late Senator Henry “Scoop” Jackson was the embodiment of the long and prosperous partnership between the United States military, the aerospace and defense industries and the State of Washington. The famously hawkish and influential Jackson was so supportive of both the Pentagon and his state’s defense companies that he became known as “the senator from Boeing” for his steadfast backing of the aerospace firm founded in Seattle.
In truth, Jackson was not so much a trailblazer as someone who followed a path established by others, for among the state’s original European settlers was a hefty contingent of soldiers and sailors. In Washington State, the military represents a time-honored tradition.

“We’ve had military installations for a long time here, really since our inception as a state,” says Keith Swenson, deputy assistant director in the state government’s Office of Economic Development and Competitiveness. “The Defense Department has been embedded in Washington State for a very long time, which is one reason that Washington State is very pro-defense.”

Today, Washington State hosts six active-duty military installations and a commercial defense sector that supports tens of thousands of jobs and produces billions of dollars for the state’s economy. With close to 70,000 military personnel, the state ranks sixth in the nation for active-duty troops. The military and defense sectors also employ close to 40,000 civilians, mostly at Joint Base Lewis McChord and Puget Sound Naval Shipyard. According to the Washington State Department of Commerce, the industry supports more than $15 billion in annual procurements with nearly 2,000 state-based manufacturers. It is the state’s second-largest direct public employer.

Adding muscle to this ecosystem are two Department of Energy research facilities, a major homeland security installation and world-class universities, including the University of Washington, that are involved in military research and development. The Washington Military Alliance, formally established in 2014 by Gov. Jay Inslee, is a coalition of military and defense-related stakeholder organizations that serves as an umbrella organization to support the state’s military and defense sectors.

As geostrategic rivalries in the Pacific Ocean theater intensify, West Coast military bases are taking on increasingly critical importance. Joint Base Lewis-McChord (JBLM), just southwest of Tacoma, is a training and mobilization center for all of the uniformed services and is the Army’s only power-projection platform west of the Rockies. With an active-duty population of more than 30,000 service members, JBLM is the largest such base west of the Rockies, providing rapid access to the deep-water ports of Tacoma, Olympia and Seattle for overseas deployment of heavy equipment. Troops can be deployed from either JBLM-McChord Filed or nearby Sea-Tac Airport.

“We have a large supply chain and manufacturing base for aerospace,” says Swenson. “And what’s really interesting is that, with the pandemic and whatnot, it’s bleeding into other areas with companies diversifying their portfolios.”

Boeing, as just one example, has developed the Boeing P-8, a maritime patrol aircraft and a natural fit for Washington State’s budding maritime economy. The P-8 specializes in anti-submarine warfare, intelligence gathering, reconnaissance and search and rescue.

“The maritime industry cross-references with a lot of what they do,” says Swenson. “There are so many niches like that, whether it’s autonomous vehicles, autonomous underwater vehicles or cybersecurity, which is on top of everyone’s mind.”

Established in 2005, the Pacific Northwest Defense Coalition is a nonprofit organization that aims to win a larger share of military contracts for its 300-plus member companies in Washington State and Oregon. Its members range from Fortune 100 companies to small machine shops that support the supply chain in aerospace, maritime, defense, unmanned systems, advanced manufacturing and other functions with both military and civil applications.

“The opportunity for growth in the Pacific Northwest’s defense and security industries is tremendous,” says the coalition in a statement. “Globally competitive industry clusters are thriving in the Northwest.” 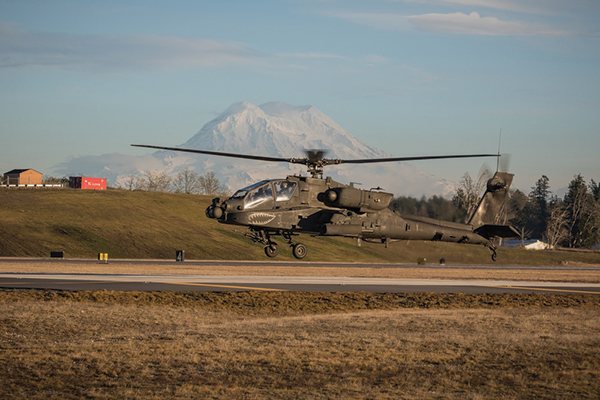