The Anatomy of a No. 1 Ranking

Here’s how Washington delivers the ‘Best State’ in the nation. 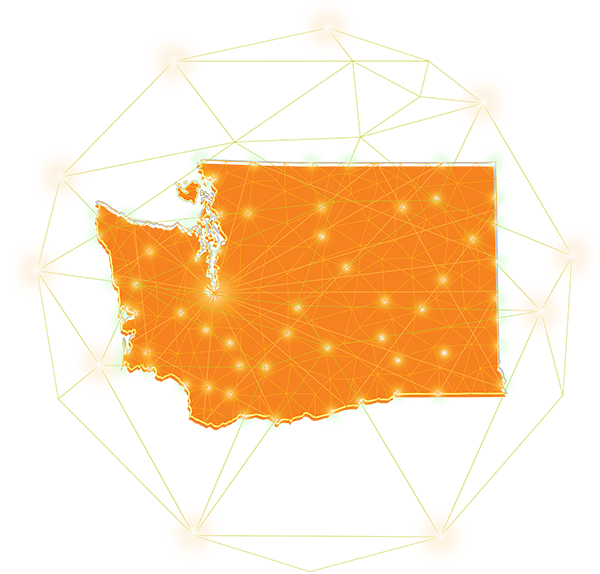 Winning a title as prestigious as the No. 1 ranking in the annual U.S. News & World Reports Best States list is not easy. Claiming that mantle requires a well-rounded performance grounded in strong infrastructure, quality education and health care, and solid economic growth.

But for Washington, victory is becoming a habit. The Evergreen State recently defended its crown by once again garnering the top spot in the biannual USN&WR competition.

How impressive is this feat? Consider this: the magazine relies on literally thousands of data points to determine how well each state is performing for the people who live there.

These variables include health care, education, the economy, infrastructure, public safety, fiscal stability of state government, the natural environment, and a host of other factors

When Washington bested the other 49 states in 2019, it flexed its muscle across the board. This year, the results were similar. Washington secured a No. 4 ranking in education, No. 4 in economy, No. 3 in infrastructure, and No. 6 in fiscal stability. It was also eighth in health care and 15th in natural environment.

Washington outpointed No. 2 Minnesota, No. 3 Utah, No. 4 New Hampshire and No. 5 Idaho to win the top overall spot for 2021, just as it did two years ago. Washington has been on an upward climb for several years, rising from the fifth overall spot in 2017.

Bagging back-to-back titles is even more impressive when one considers that Washington nailed down this victory during a global pandemic and recession. Many larger states, including California and Texas, have built-in advantages due to their size and resources, but they could not compete with Washington in multiple categories.

Many factors underpin Washington’s performance. Among them are a diverse economy, which features robust sectors in aerospace, technology and clean energy. Many of the world’s fastest-growing industries are being engineered in the Evergreen State – including autonomous vehicle technology, cloud computing, artificial intelligence, the commercial space sector, and the drive toward zero-carbon emissions.

Washington does this while helping companies reduce the cost of doing business.

Washington enables firms to grow by offering a host of flexible incentive programs. These come in the form of tax credits, exemptions or deferrals for specific activities, such as adding equipment, investing in new renewable energy sources, building new manufacturing facilities or hiring workers in rural communities.

When companies and site selectors do their due diligence on Washington as a business location, here is what they find: an expert workforce that is highly educated; a culture of creativity; an abundance of low-cost energy, much of it supplied by clean, sustainable hydroelectric power; a plethora of outdoor activities; robust supply chain and transportation infrastructure; a centralized hub for exporting; and a very pro-business climate.

Washington’s tax structure enables businesses to expand swiftly. This is a major reason why some of the world’s biggest brand names started and are flourishing in Washington. These include Microsoft, Amazon, Starbucks, Costco, Expedia, PACCAR, REI, Nordstrom, Boeing and many more. In fact, Microsoft and Amazon rank second and fifth, respectively, in total market capitalization ($2.25 trillion and $1.73 trillion). 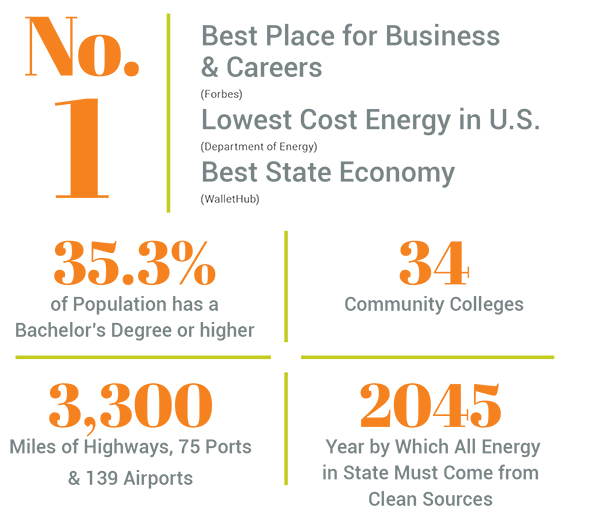