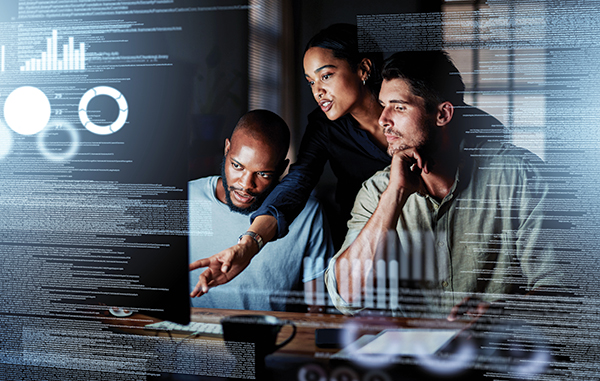 More than 405,000 Washington workers are employed by more than 16,500 technology companies, according to Cyberstates 2021, a research report from the Computing Technology Industry Association (CompTIA). That’s 11.2% of the overall workforce. The leading tech occupation categories in 2020 were Software, Programmers, Web and QA; Cybersecurity and Systems Analysts and Engineers; Network Administrators, Architects and Support; IT Support Specialists; and Database, Data Scientists and Computer Scientists.

The technology industry is more than central to Washington’s economy:

The 2021 Benchmarking Report from the Technology Alliance, a statewide, non-profit organization of leaders from Washington’s technology-based businesses and research institutions, shows that the state has made improvements in what the Alliance considers the three pillars of the innovation economy: an educated workforce, research capacity, and an entrepreneurial climate. The report, first published in 2003, benchmarks Washington’s performance in these areas relative to 11 peer states — those with similar technology profiles and a similar concentration of R&D activity and investment.

Washington’s Roadmap to the Top

The report sets goals for the state that aim to maintain Washington’s competitiveness in the technology sector, particularly relative to its peer states. These include, in the education context, providing technology and connectivity and other support services to enhance K-12 learning, attracting college and career preparation staff familiar with varied funding and community resource opportunities and expanding research and degree completion capacity in high-demand, high-impact degree programs at Washington colleges and universities.

R&D goals include building scale in life sciences and clean energy to support these critical industries, attracting specialists in higher education R&D positions to improve Washington’s academic R&D efficiency and performance and identifying and meeting the differentiated needs of sectors within the innovation economy to develop their research. Entrepreneurship goals include enabling more companies to successfully commercialize new technologies, developing programs to diversify venture capital networks and increasing visibility of Washington state startups to investors from outside the state.

Meanwhile, the Washington Technology Industry Association (WTIA) in August announced the 30 Washington tech startups that have been selected for the organization’s Founder Cohort Program. The virtual program — part of the WTIA Startup Program — helps seed-stage startups grow and scale over the course of six months by following

Washington leads the nation in the net percentage of new tech positions. In the last decade, Washington’s tech sector employment has grown by nearly 34%.

a roadmap designed to guide them through their next milestones as they navigate increasing revenue, securing investment and growing the team. Each startup participating in Founder Cohort is headquartered in Washington State, features at least one product in development, an annual revenue of less than $1 million, and passed a rigorous application process. The program will support each company and guide them through the crucial stages of fundraising, corporate governance and customer development.

“We’re seeing record levels of venture investment this year, and speed and efficiency matter in an environment with this much opportunity and competition,” said Dave Parker, WTIA Startup Program’s Board Chair. “Blazing the path in six months instead of one or two years is critical when resources are limited and connecting to the right people doesn’t happen without a strong cohort like this. We’re providing these founders with the right resources and connecting them with the right people to help their startups forward.”