Where Sports Fans Are Loud & Proud 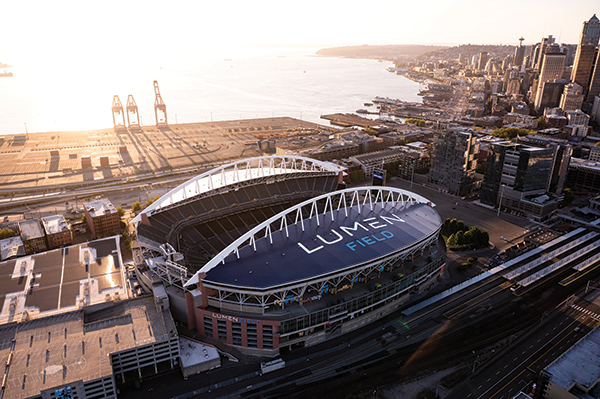 Lumen Field in Seattle, home of the Seattle Seahawks and the Seattle Sounders.
Photo courtesy of Greater Seattle Partners
by RON STARNER

What do sports and earthquakes have in common?

If you answered, “the Seattle Seahawks fan base,” you are correct.

On Dec. 2, 2013, the spectators in attendance at the Seahawks game at Lumen Field in Seattle set a Guinness World Record for crowd noise when they combined their voices to reach 137.6 decibels and cause a minor earthquake in northwestern Washington.
Seismologists recorded the quake as registering between a magnitude one and two on the Richter Scale. The deafening noise created by “The Seahawks’ 12th Man” helped propel the National Football League team to a 34-7 win that day.

Now, those same Washington sports fans have another new team to cheer for: the Seattle Kraken of the National Hockey League. When season tickets went on sale in March 2018, 10,000 fans paid down a deposit within the first 12 minutes. Within the first hour, that total reached 25,000.

How rabid are Kraken fans? Consider this: they are already shattering NHL jersey sale records. Sales of the home team colors are already the highest in league history for a newly released jersey in its first five days of availability.

In fact, in the first 24 hours of Kraken merchandise sales, the first-year franchise was the top-selling team across all of the major sports leagues in North America.
Of course, fans of sports in Washington have a lot to cheer about. Among the most accomplished athletes from the state are the legendary John Elway of football, John Stockton of basketball, Tom Sneva of auto racing, T. J. Oshie of hockey, Hope Solo of soccer and Ryne Sandberg of baseball. 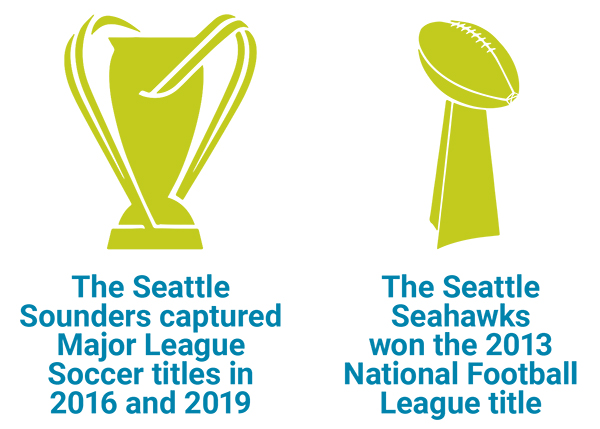