How Lockheed Martin Grows Its Talent Base 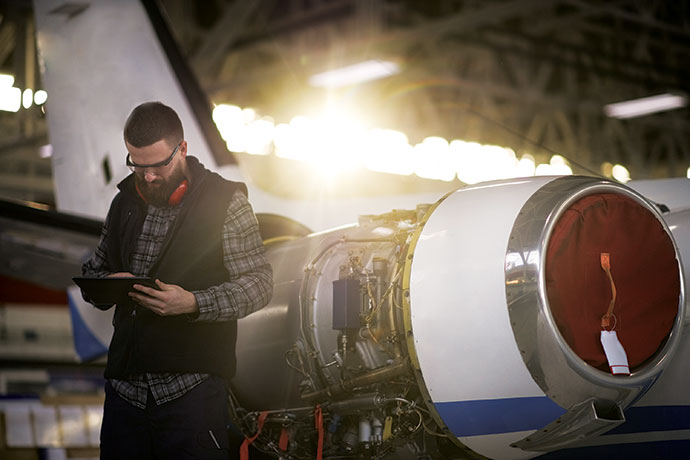 When a company employs 110,000 people around the world, it better have a plan for keeping its workforce pond well stocked. Aerospace giant Lockheed Martin is one such company, and it has several such plans. For starters, in January 2020, it launched a groundbreaking vocational scholarship for high school seniors and college students pursuing vocational and trade degrees. The first of its kind in the domestic aerospace and defense industry, the program awarded up to $6,600 each to 150 recipients in 2020. The scholarship funds degrees at accredited vocational-technical schools to prepare students for careers in technology and advanced manufacturing that do not require a bachelor’s or advanced degree.

“As a global leader in innovation, we recognize the urgent need to address our nation’s skills gap by encouraging, attracting, and developing the next generation of workers in science, technology, engineering, and math,” said Lockheed Martin Chairman, President and CEO Marillyn Hewson. “Lockheed Martin’s new vocational scholarships will develop the skills of workers who want to work in advanced manufacturing, but do not choose to go to a four-year college. This program shows that our company is fully committed to preparing workers at every level for the competitive challenges of the modern global economy.”

For the second year in a row, Lockheed Martin also offered its four-year STEM Scholarship program. It’s open to high school seniors and undergraduate students who plan to pursue a major in engineering or computer science, demonstrate financial need and come from underrepresented or underserved communities. In 2020, the program awarded an additional 200 scholarships worth $10,000 in renewable funds per student.

Both programs are funded by proceeds from corporate tax reform and are part of a larger investment of $460 million by Lockheed Martin in education and innovation over a period of five years. The scholarships are one piece of Lockheed Martin’s 2018 pledge to create 8,000 new workforce opportunities and invest $50 million in educational enrichment programs. The goal of these educational investments is to encourage students to consider a rewarding career in the technology and advanced manufacturing industry.

In August 2019, at the closing ceremony for the Teamsters/Sikorsky Career Pathways Program, Teamsters Local 1150 in partnership with Sikorsky, a Lockheed Martin Company, Connecticut State Department of Education and Connecticut Department of Labor, announced the program’s newly registered Aircraft Manufacturing pre-apprenticeship.

“The transition to a certified pre-apprenticeship is the next logical step for our program,” said Rocco Calo, Secretary-Treasurer and Principal Officer of Teamsters Local 1150. “Not only will it help us to recruit those students who are looking for industry recognized credentials, but it helps to bolster U.S. manufacturing by preparing these students to work in any aerospace facility.” 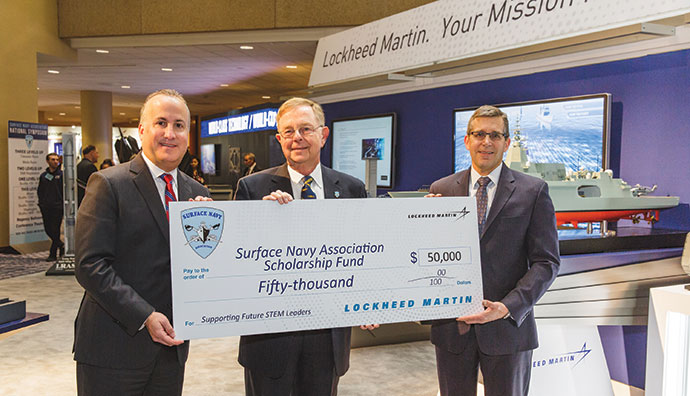 The ceremony celebrated the success of nearly 50 high school students who received critical trade skills working on major products including the CH-53K helicopter, Black Hawk and Combat Rescue Helicopter. The program has been active since 2002, with more than 300 students participating across multiple trade disciplines. This was the 18th year that Sikorsky has partnered with Teamsters Local 1150 for the Career Pathways Union Mentoring Program, giving students interested in hands-on learning an opportunity that exposes them to manufacturing skills and jobs. Teamsters Local 1150 has represented workers at Sikorsky for nearly 60 years, helping to create Connecticut, Florida and Alabama jobs.

“This pre-apprenticeship helps support Lockheed Martin’s commitment to create 8,000 new apprenticeship and workforce positions within the company through 2023,” said George Mitchell, Sikorsky vice president of Production Operations. “These students serve as a cornerstone of our talent pipeline and success of our workforce, as they help us fill advanced manufacturing occupations.”

In January 2019, Lockheed Martin announced a $50,000 scholarship program for students pursuing a STEM path, in partnership with the Surface Navy Association (SNA). The scholarship is $10,000 a year for the next five years. Four students across the nation will receive a $2,500 award each year for financial aid.

“Educating and engaging the future of the STEM workforce is of the greatest importance to Lockheed Martin,” said Paul Lemmo, vice president and general manager, Integrated Warfare Systems and Sensors at Lockheed Martin. “In order for our nation and its allies to remain globally competitive, we must continue to invest in our future and develop a workforce that has the skills necessary to compete in today’s high-tech economy.”

Lockheed Martin donates approximately $12 million a year to STEM education and takes pride in engaging with students through scholarships, as well as mentorship programs, internships, and extracurricular competitions and events.

“This pre-apprenticeship helps support Lockheed Martin’s commitment to create 8,000 new apprenticeship and workforce positions within the company through 2023. These students serve as a cornerstone of our talent pipeline and success of our workforce, as they help us fill advanced manufacturing occupations.”
— George Mitchell, Vice President of Production Operations, Sikorsky

“It’s been a pleasure working with our partners at Lockheed Martin to provide this scholarship for the next generation of STEM professionals,” said Vice Adm. (retired) Lee Gunn, SNA Scholarship Chairman. “This scholarship program was brought to life by our shared vision, and our shared dedication to shaping the future of security and defense.”

Each year, Lockheed Martin employees volunteer around 115,000 hours to STEM organizations, and over the past five years, the company has donated more than $60 million to STEM education.