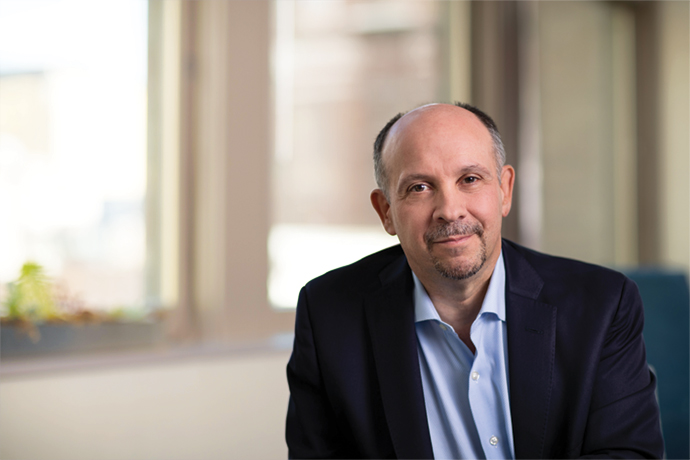 Although we continue to believe the “average” college student gets a job after graduating from college, the fact is that two-thirds are employed while in college, and four out of 10 are employed full-time. A lot of students actually bring significant work experience to college with them — half of all students are financially independent of their parents, a third are over 25, and six out of 100 have served or are serving in the armed forces. The notion of students as “empty vessels” is seriously outdated.

Work offers many opportunities for learning, and yet in most cases it is kept separate from school and college education. At best, we consider it only as the endpoint of education — where people go when they’re finished with education. Even when we consider higher education’s role in addressing the need to update knowledge and skills through people’s careers, we call it lifelong learning — the idea that people need to return to college from time to time before going back to work. This ping-pong approach to education and work is better than the once-and-done approach, but it still maintains the fiction that learning and working are separate activities in distinct systems operating under their own sets of rules.

The apprenticeship models that hold the most promise for meeting the needs of the work of the future are those that blend resources from employers and education providers into a unified work-learn experience.”

In the United States, around a half-million people participate in apprenticeships of some type — a significant number, but not as many in proportion to population as in other countries. In America, apprenticeships are most prevalent in the skilled trades, especially the building trades. The occupations with a sizable number of apprentices include carpenters, electricians, plumbers, and sheet-metal workers.

But the apprenticeship models that hold the most promise for meeting the needs of the work of the future are those that blend resources from employers and education providers into a unified work-learn experience. Take for example the experience of Nicholas Kwiatkowski. He wasn’t sure what he wanted to do after graduating from high school in Mount Holly, North Carolina, so he stayed at a job he had during high school, helping to manage an Italian restaurant.

“I didn’t think it was viable to go to school, waste money, pile up student debt and not know what I wanted to do,” Kwiatkowski said.

But thanks to his younger brother, Lukas, Kwiatkowski found a new job and the path to an entirely new career at Blum Inc., a manufacturer of high-tech latches, hinges, and slide components for cabinetry. Lukas had signed up for the Apprenticeship 2000 program at Blum while attending East Gaston High School in Mount Holly. That’s the normal entry point into the program, which works closely with Charlotte-area high schools to identify promising students for the apprenticeship program.

As Nicholas learned more about Blum and the apprenticeship program, he decided to apply for a job at Blum. He applied three times before finally landing a job as a press operator. He became a team leader within months of starting the job in May 2016, but he had higher aims. As a regular Blum employee, his prospects for advancement were limited. But if he could enter the Apprenticeship 2000 program, the promise for future promotions and higher pay was greater. After being employed at Blum for a year, he was able to apply for the program, which accepted him in 2017, a year after Lukas completed his apprenticeship.

Apprenticeship 2000 was started by Blum and other Charlotte-area companies in 1995. The program offers technical career opportunities to high school students and a few older students (Nicholas Kwiatkowski included). The program is extremely rare in the United States, requiring 8,000 hours of training and education for each apprentice, including 6,400 hours at the companies that employ them and 1,600 hours of classes at Central Piedmont Community College in Charlotte. Upon graduation, an apprentice receives an associate degree in mechatronics engineering from the college and a journeyman’s certificate from the North Carolina Department of Commerce.

“Our job is to build the next strong workforce,” said Andreas Thurner, the apprenticeship manager at Blum. “You can have the best equipment in the world, but it’s worthless if you don’t have the right people on it.”

Blum’s financial commitment to the program is significant: Thurner said the Austria-based company has $1.8 million in equipment and three full-time instructors in the training area of its Stanley, North Carolina, production facility. And each apprentice represents a $175,000 commitment from Blum to provide pay and benefits during the bachelor’s program. The screening process for applicants is intense. At any one time, Blum has only about 16 students in the program. Those who graduate are loyal to the company: Thurner estimates that 75% of the graduates at Blum have stayed with the company five years or more after graduating, even though they are not required to stay under terms of the apprenticeship program.

“We guarantee you employment. We guarantee you a salary of $36,000 at the end of the program,” Thurner said. “Who does that? Who pays for your college and then gives you a guaranteed job?”

For Nicholas Kwiatkowski, now in his mid-20s, the program schedule is intense: He spends four 10-hour days at Blum and goes to classes at Central Piedmont one afternoon per week. After two years in the program, he and his trainers decided he would be best suited to be a tool-and-die maker, the same role his brother has at Blum. By 2021, he plans to have finished the apprenticeship, earned a degree, and set a better course for his future. “Honestly, I’m surprised not more companies do this,” he said. “Hiring outside people with a degree is okay, but why not invest in what you have? If you have employees who are bright and can be trained, why not train them? I’m sure there are tons of people out there who would like to have a chance to go through a program like this.”

By special arrangement, “Workforce 2021” features insights from Lumina Foundation President and CEO Jamie Merisotis, a globally recognized leader in philanthropy, education and public policy, adapted from his 2020 book “Human Work in the Age of Smart Machines.” His previous book, “America Needs Talent,” was named a Top 10 Business Book of 2016 by Booklist. In addition to co-founding the Institute for Higher Education Policy, he served as executive director of a bipartisan national commission on college affordability.