Toward a National Skills Framework 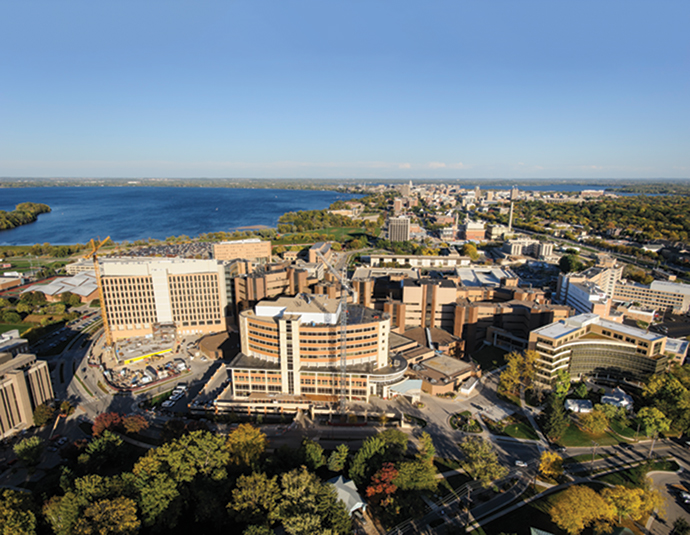 Amid a marketplace of some 740,000 learning credentials — from college degrees to more than 5,465 certification programs alone — how does one sort them out?

Analysis by Burning Glass of 16 million job postings several years ago indicated that just 50 certifications — including certified public accountant (CPA), project management professional (PMP) and certified information systems security professional (CISSP) — comprised two-thirds of those mentioned in job postings across a range of occupations, with salary offers 18% higher on average from employers who mention certifications in their postings.

Lumina Foundation recently began to include high-quality industry certifications in its count toward the nation’s 60% postsecondary credential attainment goal. States and higher education institutions are recognizing their power too, even embedding them into degree programs. Providing further perspective on the topic is Lumina Foundation President and CEO Jamie Merisotis. He argues that we need a new way forward from high school diplomas and even college degrees. One sentence from his 2020 book “Human Work in the Age of Smart Machines” says it all:

“While 96% of chief academic officers believe their colleges or universities do a good job preparing graduates,” Merisotis writes, “only 11% of business leaders say higher education is producing graduates with the specific skills and competencies their businesses need.”

The path forward, he says in this adapted excerpt from the book, is through transparent credentials and competency-based learning. — Adam Bruns, Managing Editor, Site Selection

Transparent credentials make the relationship between them, in terms of knowledge and skills, clear to all. This applies whether we are talking about credentials in a particular field or across fields. In the first case, knowing the relationship between credentials in, say, manufacturing, would allow people to map out career pathways in terms of knowledge and skills — a learning pathway — rather than just through jobs. Rather than wonder how to advance in their careers, people would know what they need to learn to move to better opportunities. Of course, employers also would be well served by making this knowledge widely available.

What does it mean to make credentials transparent? The first step is to use common frameworks to define knowledge and skills.

Frameworks define skills in terms specific and clear enough to get everyone on the same page. There are lots of skill frameworks in use, especially around technical skills in particular industries. They start at a high level, such as problem solving, but then drill down to define the specific competencies people need to develop to master each skill. By defining competencies, frameworks add something critical to the discussion — a clear understanding of what a skill looks like in practice so that everyone can know whether a person has it or not.

“Transparent credentials are based on the actual knowledge and skills — the competencies — a person has gained rather than where they went to school or how long they spent studying something.
— Jamie Merisotis, Lumina Foundation President and CEO

The European Qualifications Framework (EQF) was developed by the European Commission to make credentials comparable across all EU member countries. Imagine the difficulty of aligning credentials across such a diverse range of national educational systems, languages and employment markets. And yet, skills frameworks such as the EQF make this possible. The EQF is even used to integrate private-sector qualifications into national qualification systems and is helping to validate informal learning outside of the education system.

An Expedia for Workforce Skills

When it comes to using frameworks to define knowledge and skills, the United States is the outlier. America never bothered to develop a national skills framework, probably because our systems are so decentralized that no one could really take the lead. Our decentralized systems offer a lot of advantages, but we should acknowledge that it slows our ability to respond to pressing national needs. This is a good example of where a concerted effort to bring the various players together — universities, community colleges, employers, workforce development systems, unions, industry groups — would really pay off.

Because the development and use of frameworks is limited in the United States, most of the learning that is taking place here — and there is a lot of it — is haphazard. Employers, educators, and individuals themselves do not know what they have or what it means. As a result, for a lot of people, it doesn’t add up to the kind of recognized learning that leads to a better job or more fulfilling work.

But frameworks alone are not the answer: Using a common framework to build a transparent system is. Again, this sounds like a tall order, but we now take transparency for granted in numerous other fields in which the challenges are similar. We can book hotels and flights online anywhere in the world after comparing prices and features using common definitions. We can access our financial information in much the same way despite the numerous, highly competitive companies that control it. We can research and compare almost any product or service by perusing aggregated online reviews and comments after sorting them based on the criteria important to us.

“With transparent credentials, everyone will be able to build a personal profile, essentially a learning passport, showing what they know and can do.
— Jamie Merisotis, Lumina Foundation President and CEO

All this is possible because the massive amount of information underlying these systems relies on a common framework — a descriptive language — that allows for the construction of online tools to freely access all of it. It’s an amazing transformation of how we use information, even more so because it’s all so simple and seamless that users are scarcely aware of the complexity.

Credential Engine, a U.S.-based not-for-profit organization established in 2017, is using just such a language for credentials, called the Credential Transparency Descriptive Language (CTDL). This language, conceived by researchers a few years before Credential Engine was formed, is essentially a web-based protocol, like the more commonly known HTML. It allows different computers, platforms, and systems to speak the same language about credentials. With this new online language, Credential Engine is developing a powerful new tool called a Credential Registry with the capability to sort and arrange up-to-date information about all credentials, including what each represents in terms of learning skills, who awards it, and how the credential can be used.

But this is not the true point of what Credential Engine is building. The CTDL and registry constitute a platform upon which multiple new applications can be built to allow anyone to search and retrieve information about credentials. This is, in effect, the DNA of a new system of transparent credentials, one in which learning can be linked to knowledge, skills and abilities through credentials and in which employers, consumers, and credential issuers can all connect in much more transparent and authentic ways than are possible through existing platforms. Apps could emerge for people looking for credentials that lead to good jobs, or for employers wanting to know which credentials represent the knowledge and skills they are looking for, or for people to design learning programs that develop the skills people need.

None of this is being done by government at any level. The travel site Orbitz was developed by a consortium of airlines themselves, each one in fierce competition with the others. Likewise, the infrastructure for credential transparency will be built by the participants in the system out of collective self-interest. Transparent credentials should provide benefits to individuals and providers alike, and once the system reaches critical mass, it should become virtually all-inclusive.

Transparency around learning can change credentials in fundamental ways. For the work of the future, credentials won’t be a piece of paper framed and hung on a wall. A credential can be anything that represents real learning — anything that demonstrates a competency or mastery of a set of skills. It could be a degree or recognized certification, but it could also be the result of an assessment, including one based on examples of prior work. Entirely new kinds of credentials will doubtless emerge. But when credentials are based on common definitions and standards, what they all mean and how they relate to each other will be clear.

With transparent credentials, everyone will be able to build a personal profile, essentially a learning passport, showing what they know and can do. While these learning passports may have a superficial resemblance to a portfolio, they will be far richer because of their transparency regarding the knowledge and skills they represent. Transparent credentials will make it possible for people to use their talent, regardless of what they bring to the table or what kind of job they do.

A great example of this idea in action is the European Union initiative called Europass. While Europass includes several components, the most important are a standard CV (or resume) template, available in 29 languages, and a European Skills Passport that people can create and attach to their CV to document their skills and qualifications. The scale of Europass is impressive. More than 22 million Europass CVs were created online in 2018, and about 130 million in total since 2005. More than 2.4 million CVs had been created online as of January 2019, which is up 17% compared with January 2018. At this scale, it should be obvious that making credentials transparent is hardly a sideshow or “interesting” concept — it is both necessary and possible.

Making credentials transparent by using common frameworks and languages to build recognition systems even stronger than Europass is a big deal. Directly, it would allow literally millions of people to better leverage their knowledge and skills in an economy based on human work. Indirectly, its effect may be even greater by allowing us to create flexible, competency-based pathways through learning and careers.

Transparent credentials are based on the actual knowledge and skills — the competencies — a person has gained rather than where they went to school or how long they spent studying something. By the same token, pathways through learning shouldn’t be based on accumulating credits through time spent in a classroom, hopefully with learning as a byproduct.

Instead, pathways should be based solely on the specific knowledge and skills people gain through formal education, work, informal learning or simply through life experience. Today, competency-based learning is an alternative, a sideline, an interesting experiment. But that’s not the way it should be. I’m not exaggerating when I say all education should be competency-based because it’s a better way to organize learning.

Jamie Merisotis is president and CEO of Lumina Foundation, an independent, private foundation in Indianapolis that is committed to making opportunities for learning beyond high school available to all. For more, visit www.luminafoundation.org.