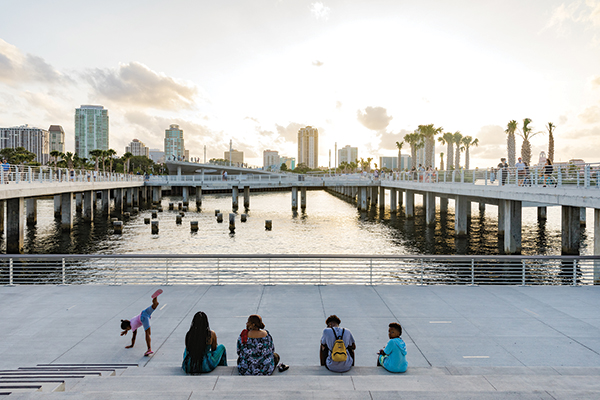 Americans are quitting their jobs in record numbers, and the toll this is taking on companies is catastrophic. According to the U.S. Bureau of Labor Statistics, a record 4.4 million American workers left a job in September.

“This strongly suggests that rising wages are going to be part and parcel of the economic landscape going forward,” said Joseph Brusuelas of RSM US.

On top of that, BLS reported there were 10.4 million open jobs in September — so the obvious question is: With so many people leaving their jobs, who’s going to fill the open ones?

In the world of financial services, one city in Florida has an answer. The Tampa-St. Petersburg-Clearwater metropolitan statistical area of 3.24 million people is filling jobs in droves when it comes to open positions in financial services, insurance and the fintech sector. The fast-rising San Francisco fintech startup known as Fast recently announced that it is opening an East Coast hub in Tampa. In talking about the move, Fast CEO Domm Holland called Tampa Bay a “grossly underestimated” part of the world, and he said he hopes his expansion to the area begins to change that perception.

He’s not alone. RSK Capital Management LLC, which just announced a launch in Tampa, followed that up this month by announcing it had partnered with well-known blockchain firm BlockSpaces to offer a business-to-business blockchain integration platform called BlockSpaces Connect, and it will provide that technology through its staff in Tampa.

Meanwhile, Cathie Wood’s Ark Investment announced in October that it would move its headquarters to St. Petersburg and launch a startup talent incubator in Pinellas County. Ark plans for its 45,000-sq.-ft. complex to bring in $28 million in economic impact and generate 1,265 jobs in the county by 2026.

Building an Ecosystem for Fintech

Why is this growth in financial services and fintech occurring in Tampa Bay? Michelle Bauer, chief operating officer for the Tampa Bay Economic Development Council, says it’s because of the unique and robust ecosystem that has been painstakingly built over many years on both sides of the bay in West Central Florida. From blockchain to major Wall Street investment banks, firms from San Francisco to New York are beating a path to the warm waters of Tampa Bay and setting up shop in Tampa, St. Petersburg, Brandon, Pinellas Park and other locations throughout the tri-county region.

A key cohort of this ecosystem is the University of South Florida in Tampa. Moez Limayem is dean of the Muma College of Business at USF after coming from the Sam Walton College of Business at the University of Arkansas. Under his leadership, USF has developed a national and global reputation for educating and equipping some of the nation’s brightest graduates in the fields of financial services and fintech. In fact, USF and Tampa Bay Wave just announced a partnership to make the region a major fintech hub with the creation of the FinTech X Accelerator in St. Petersburg, which will have its first cohort selected in 2022. 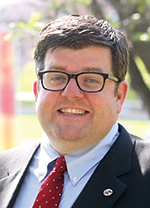 The accelerator will assist high-potential, high-growth startups in the fintech industry through mentoring, pitch coaching and investment training. The ultimate goal is to help these startups transition to sustainable, scalable and profitable businesses.

“The fintech accelerator will allow our campus to play an active role in the growth of fintech across the Tampa Bay region,” said Gary Patterson, interim director of the Kate Tiedemann School of Business and Finance at USF. “We are excited to see the new ideas and companies this accelerator generates and what it offers the industry.”

People we talked to in the industry said that these factors are driving talented workers to choose locations that offer the highest quality of life. This is challenging financial services firms and insurers in northern locales.

“A top concern that we continue to hear from companies in Greater Des Moines is the need to continue to grow our workforce,” says Brian Crowe, executive vice president of economic development for the Greater Des Moines Partnership. “That includes talent from all skill sets, ages, races and backgrounds. We’ve seen a tremendous amount of growth from immigrant populations, a 48.5% increase over the last 10 years, which makes Greater Des Moines the second highest in the country. We want to keep attracting new talent and connect with those who have transferrable skills, as well as college grads, executives and everyone in between.”

To bolster talent attraction and retention efforts, says Crowe, “we’ve doubled down on placemaking and investing in our region and will continue to do so with major quality-of-life projects such as Lauridsen Skatepark, the largest skatepark in the country; biking and water trails; the Pro Iowa Soccer Stadium and Global Plaza; and a new terminal for the Des Moines International Airport.”