Skills training from tech giants like Amazon is much more than mere window dressing. It’s a door to everyone’s future. 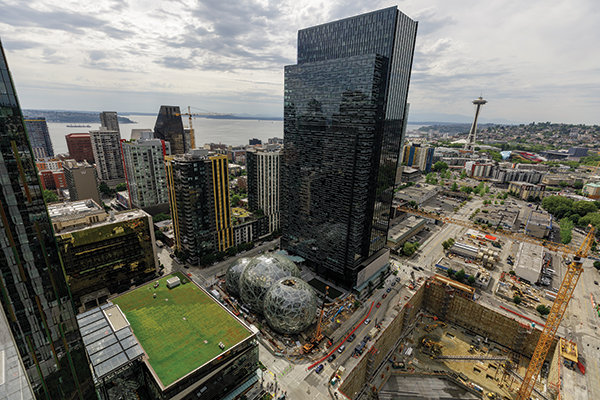 Having already reached 6 million with its free cloud computing training courses, Amazon in November announced four new initiatives to help reach its goal of training 29 million worldwide, including the first of many AWS skills training centers to come.
Photo courtesy of Amazon
by Adam Bruns

Even as state and regional education systems, business coalitions and non-profits roll out reams of computer, tech and STEM skills certification and boot camp programs, Big Tech behemoths are doing the same. Companies such as Google, Intel, Amazon, Facebook, Microsoft, LinkedIn have developed their own national and global academic portfolios to fill a need for talent that only promises to keep climbing.

According to the Cyberstates 2021 report from CompTIA, even as some sectors remain decimated by the pandemic, cloud computing and other tech jobs keep expanding. It’s estimated there are currently some 400,000 computing job openings in the nation. There are currently about 5.2 million jobs in IT with an expected increase of at least 15% over the 2020-2030 period – much faster growth than for other industries. Cybersecurity employment is expected to increase by 31% through the next decade. And IT employees earn a median wage of almost $86,900 per year — 89% higher than the national median wage.

Within the small club of Big Tech, Amazon’s menu of CTE, apprenticeships, internships, externships and other initiatives stand out.

On that menu are such programs as Amazon Future Engineer, AWS Academy and the company’s Career Choice upskilling benefit whereby, for eligible employees, Amazon will pay up to 95% of tuition and fees towards a certificate or diploma across 20 qualified fields of study, from nurse to network technician to trucker to aircraft mechanic. As of October 2020, the company had invested more than $60 million in the program and engaged 30,000 employees, all part of its stated 2019 commitment to invest $700 million and train 100,000 Amazon employees in the U.S. for high-demand jobs. On top of that, Amazon Web Services (AWS) pledged to provide free cloud computing skills training to 29 million people worldwide. That’s 29 million individuals, not counting the millions reached through the company’s educational institution partnerships.

The company has partnered with such institutions as Northern Virginia Community College and several HBCUs, most notably Howard University, which in May 2021 announced that the partnership would help it launch a master’s degree in data science in 2022, offer cloud and other training to faculty and teach cloud computing at the Howard Middle School of Math and Science on its campus. In June, a collaborative initiative among AWS, the Technical College System of Georgia (TCSG), the Georgia Department of Education (GADOE) and the Technology Association of Georgia (TAG) was launched to provide cloud computing training and education to 5,500 learners statewide by 2024, including K-12 students. Similar programs are underway with Utah and Arizona, among others, with the goal of reaching 5,000 students in each state by 2022.

Each state has a different need to solve for, says Kim Majerus, leader, U.S. education and state & local government at AWS. But they all want to keep citizens and taxpayers within state boundaries. “To do that they have to create programs to raise the bar on the talent they have,” she says, “to upskill and reskill so companies want to come to their state.”
Amazon educational partnerships seem as ubiquitous as its facilities. But the individual connections are — like an Amazon customer’s purchase history — expanding exponentially. 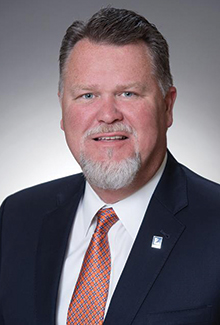 “The program was built with the student in mind, allowing for flexible course delivery and maximizing the earn-while-you-learn principles that are proven effective.”
— Dr. Monty Sullivan, President, Louisiana Community and Technical College System, on working with AWS

Stahl championed the program at the college and has worked to scale it across 19 colleges in the Los Angeles area that are now the California Cloud Computing Workforce Project. In November 2021, the data showed 6,657 cloud computing enrollments at 17 of those schools since fall 2017, more than half of them occurring since the fall 2020 semester.

Majerus says Santa Monica College and Carnegie Mellon University were early adopters after AWS Educate launched in 2015. AWS Academy and AWS re/Start came next, all aimed toward building the next-generation workforce, she says. For those moving toward a four-year degree, the programs help to place technology as the foundation of a curriculum, she says, “but many of us are mid-career and looking for a change. There’s where the programs have made such an impact. We’re meeting people where they’re at. We have hundreds of courses delivered in different formats, from 10 minutes to two hours to full-time intensive training options. You pick what you need, and you continue your journey.”

This story and a longer version at SiteSelection.com were produced as part of the Higher Education Media Fellowship at the Institute for Citizens & Scholars. The fellowship supports new reporting into issues related to post-secondary career and technical education. For more information, visit citizensandscholars.org.