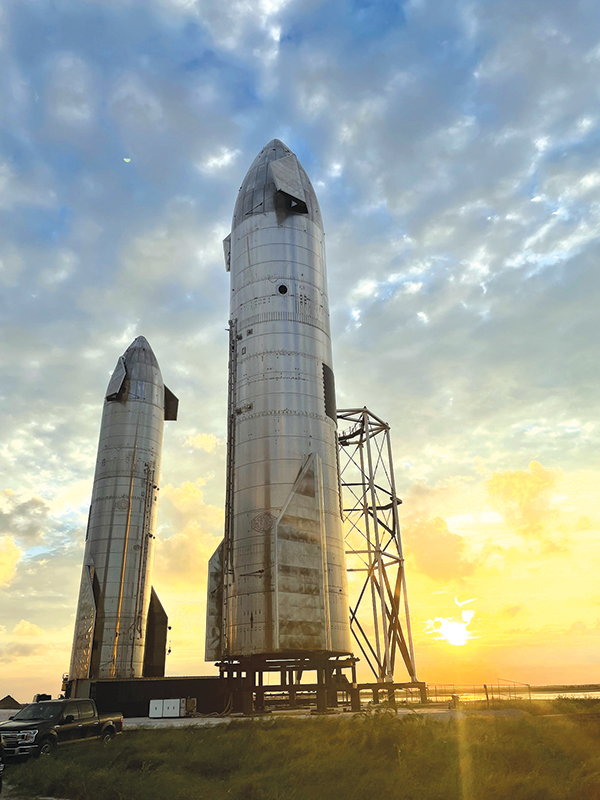 The first steps along humanity’s journey to Mars begin in Cameron County.
SpaceX has operated its South Texas launch site in Boca Chica, a small Gulf Coast town approximately 20 miles east of Brownsville, for nearly a decade. SpaceX is building its Starship prototypes and Super Heavy Booster Rockets in Cameron County and uses the Boca Chica launch site to test its advanced rockets and near orbital satellites, among other technologies that will one day be used to get humans to the Red Planet.

Building on Texas’ deep ties to NASA, the Cameron County Spaceport Development Corporation assisted SpaceX with building its launch facility in 2014 with a $15 million incentives package from the Texas Enterprise Fund and other local funding. Nick Serafy, Chairman of the Cameron County Spaceport Development Corporation, said that investment has more than paid off in the years since.

“SpaceX has been phenomenal,” Serafy said. “Their job count today is 1,600 people. Over 80% of them are coming from the Rio Grande Valley. It’s been a huge success on multiple levels.”

Cameron County is on target to become the Silicon Valley of space. Since SpaceX planted its flag in the county several other space-related companies have moved into the area with many more in the pipeline.

Cameron County Judge Eddie Treviño, Jr. said SpaceX’s presence at the Port of Brownsville and in Cameron County has created a palpable sense of excitement in the community. He said few would have imagined, even just a few years ago, that the most advanced rockets ever made would be launched in the county’s own backyard.

Beyond advancing space exploration, SpaceX’s presence in the region is leading to a tourism boom. The Boca Chica launch site is just across the bay from South Padre Island, which offers an impressive view of some of the most stunning feats of human ingenuity and innovation. Thanks to SpaceX’s rocket launches, hotels in Brownsville have maintained strong occupancy rates in spite of the tourism lull experienced across the world as a result of the pandemic. 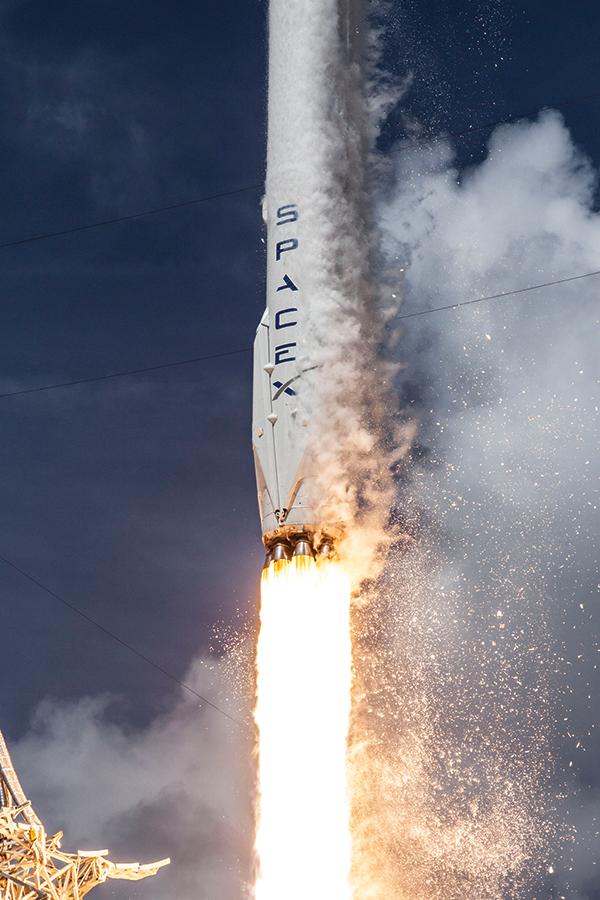 “Whenever we have SpaceX launches, Isla Blanca Park, which is located on the southern end of South Padre Island, is the front-row seat to the launches. It’s right across from the shipping channel. Islas Blanc Park is the crown jewel of the Gulf Coast.”

Cameron County’s central location in North America offers a strategic advantage — in terms of proximity as well as infrastructure. Originally built as a military airport in the 1940s, Port Isabel-Cameron County Airport covers 826 acres and is located approximately 10 miles northwest of Port Isabel. In October, the Texas Department of Transportation Aviation Division awarded a $1.3 million grant for capital improvements projects for the airport to assist with preservation efforts. Also a former military airport used in WWII, the Harlingen Valley International Airport has recently undergone several infrastructure improvement projects. The airport is a hub for FedEx, which expanded its package sorting facility in early 2020.

The Rio Grande Valley has for decades been a premier location for launching new technologies. Founded in 1990 as a joint venture between aerospace giants Boeing and Lockheed Martin, the United Launch Alliance (ULA) has successfully delivered more than 130 satellites to orbit over the last 30 years. These satellites are used to support U.S. forces, aid in tracking severe weather and for GPS navigation.

Hands-on work is key to students learning how to work within Federal Aviation Administration guidelines.

In September, Expanding Frontiers (ExF) and the NASA Lyndon B. Johnson Space Center entered into a Space Act Agreement to bring NASA technologies to entrepreneurs and aspiring entrepreneurs in New Space City Brownsville and the surrounding region. ExF is a nonprofit organization that helps technology companies accelerate their growth. This agreement will allow NASA to leverage the South Texas business community in a manner that will effectively and efficiently determine viable transferees of NASA technology for commercial purposes.

Through the proposed program, ExF and its partners are pioneering a platform to accelerate the formation of space startups. Collaborating with NASA will provide space entrepreneurs access to knowledge and resources that will further accelerate the progress of these endeavors.

In turn, NASA will benefit from the research and development of these space startups as they take NASA technology up to the next level of functionality, discover broader applications for NASA’s innovations, and commercialize them.

“We are really excited to be teaming up with NASA to provide these amazing opportunities for our entrepreneurs,” said Dr. Fredrick Jenet, the founder and executive director of Expanding Frontiers.

The first program under this agreement will focus on transferring NASA technology to the startup ecosystem that ExF is building in South Texas. NASA will identify technologies from its portfolio that are the best match for the innovation ecosystem and the entrepreneurial spirit ExF is developing in the Rio Grande Valley/Brownsville region. NASA will work with Expanding Frontiers to help grow these technology startups.

Talent Takes Off with Key Partnership

In June, it announced its new manufacturing hub in an industrial park at the Brownsville/South Padre Island International Airport. Then again, in August, the company announced its plan to pioneer the urban air taxi movement in the region. Those plans commit to having 50 VTOLs for the urban taxi movement in Brownsville in 2025. The availability of such a service would reduce the amount of time needed to move within Brownsville and surrounding areas. Additionally, the VTOLs have nine passenger seats, zero carbon and zero-emission fuel systems, and a range that will exceed 550 miles.

“The time has come to start putting together a safe and reliable ecosystem that is essential for the VTOL sector to be more than just a shiny object,” said Dwight Thanos Smith, Chief Visionary Officer and Lead Inventor at Paragon. “Without a reliable energy grid and comprehensive Vertiport system, the industry will face preventable difficulties that could be avoided by strategically using best and common-sense practices. This announcement signifies the importance of one of many steps Paragon will take to enable the viability and opportunities for the VTOL sector to become mainstream.”

Paragon announced several partnerships that will assist in bringing this technology to life in September, including Rolls Royce, S&C Electric, ARUP, Texas Southmost College (TSC), the City of Brownsville and Greater Brownsville Incentives Corporation (GBIC). In addition, the partnerships include one with Texas Southmost College to provide education and job training to help develop this new industry.

Texas Southmost College (TSC), a key partner in this initiative, will provide students with the opportunity to gain a comprehensive skillset through developed educational programs. The collaboration with the companies, along with the City of Brownsville, will be crucial to advancing zero-emission energy solutions, establishing a viable, smart microgrid while also allowing local talent to expand their horizons.

“Our community has so much to benefit from investing our youth in the future that is VTOL,” said Dr. Jesus Rodriguez, TSC president. “By tailoring degrees aimed at securing permanent positions with companies like Paragon VTOL Aerospace locally and internationally, we continue to demonstrate our fervent commitment to being a torchbearer in breakthrough technologies, putting Brownsville talent at the front seat of conversations, opening doors for them globally.”

In April, Space Channel Inc., a news, information and entertainment channel covering all things space-related, announced it would locate its new studio operations in Brownsville. The company is moving its studio from Los Angeles, California, to the Rio Grande Valley as part of a new media economic development partnership with the city and the GBIC. 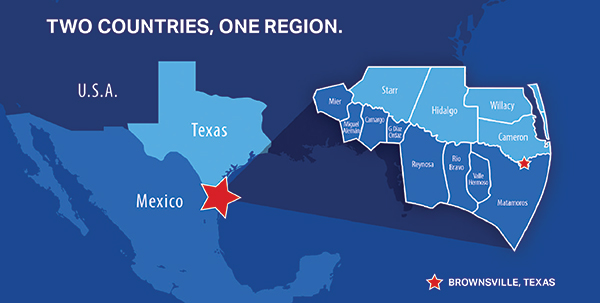