Home Base Iowa Connects in All the Right Ways 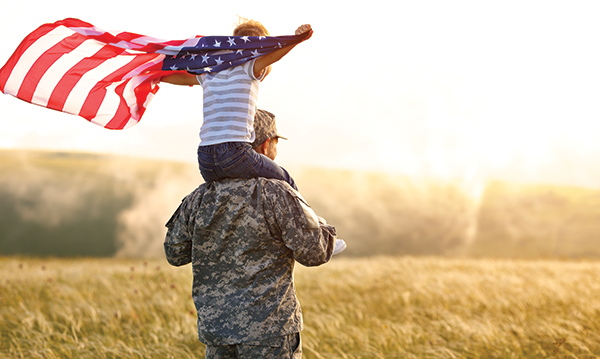 While reporting in early 2021 on recent economic momentum in Clinton, Iowa, I learned that four of the region’s government and economic development leaders were military veterans.“We speak the same language, and stay focused on the mission,” Erin Cole, president and CEO of Clinton Regional Development Corporation, told me. She was especially fond of the state’s Home Base Iowa program for attracting skilled veterans to the region. Here, she and Andy Sokolovich, vice president of economic development for CRDC, describe how one program can make a difference in the lives of veterans and the vitality of a community. — Adam Bruns, Managing Editor, Site Selection

Clinton County, Iowa, received its designation as a Home Base Iowa Community in the summer of 2016. Home Base Iowa connects Iowa businesses with qualified veterans and their spouses looking for career opportunities. The program also provides resources to help connect veterans and their families with education and transition to a new community. Sixty-five counties, 15 cities and 51 Iowa colleges and universities are Home Base Iowa partners.

Since becoming a Home Base Iowa Community, Clinton County has attracted 53 veterans to our communities. Veterans are incentivized and honored by offering a $1,500 home closing cost reimbursement and refunded per diem expenses when interviewing for a job with a Clinton County-based employer. Local incentives are paired with state incentives through the Iowa Finance Authority. The flagship program is titled the Military Homeownership Assistance Program, supporting veterans with up to $7,500 toward purchasing their first home in Iowa.

Clinton County has paid out approximately $75,000 in veteran incentives. What’s the return on investment?

How does Home Base Iowa benefit employers?

Home Base Iowa is Iowa’s premier veteran program focused on connecting Iowa businesses and communities to skilled veterans, transitioning service members, and spouses. There is no cost to become a Home Base Iowa partner. Companies register as a Home Base Iowa Business Partner via www.HomeBaseIowa.gov. Following registration, the point of contact receives notifications of veteran resumes uploaded to the portal. The CRDC sends out a combined resume report monthly to approximately 45 human resource professionals representing the region’s largest employers to simplify the process further.
Companies can contact veterans directly to learn more about their experience and relocation needs. The skills obtained through military service are unmatched. A strong work ethic, equipped with ingrained values, supports employers’ workforce demands of all sizes.

Tony Miller was a seasoned military officer seeking an opportunity outside the United States Army. While attending a career fair, Tony was introduced to the Home Base Iowa Program. That conversation revealed that Archer Daniels Midland Company (ADM) was seeking a logistics professional to run their Camanche and Clinton, Iowa, barging operations. Tony further investigated the opportunity and now serves as the company’s regional terminals manager.

Matt Brooke, a retired lieutenant colonel serving with the 82nd Airborne Division, cut his teeth in the private sector following a 20-plus-year career in the United States Army. While seeking an opportunity to work within municipal government, he was introduced to Home Base Iowa following an interview with Clinton, Iowa, to serve as the next City Administrator. Matt impressed everyone with his attention to detail and mission focus. He was awarded the position and received Home Base Iowa incentives.

Matt continues to be a champion for the program and has since drafted an attractive city-based incentive list for military veterans to include such items as: free garbage, recycling, and yard waste fees for one year up to $211.80; a $250 sewer credit upon move-in; a building permit fee waiver up to $250; a $100 Parks and Recreation credit upon move-in; one free pet license; an in-home smoke detector inspection and free smoke detector installation; and 20 general admission tickets for any Lumberking Baseball home games.
Compared to other states’ programs, Home Base Iowa stands out due to the family/close-knit Midwestern environment. Iowa hosts a smaller population capable of promptly reacting to individual veteran requests. Each veteran is treated with respect and a sense of urgency. We understand how difficult the transition from military to civilian life can be. That understanding, equipped with a robust job board and attractive incentives, speaks to veterans and their families and promotes a community-focused atmosphere, similar to what one would find on a base or military installation.

W hile interviewing for the President and CEO position for the CRDC, Andy Sokolovich told me about the Home Base Iowa and Military Homeownership Assistance programs. After accepting the position, I made sure to use a mortgage lender that was approved for the Military Homeownership Assistance program at the state level. That allowed me to apply for the $5,000 state grant to purchase my home, which simply entailed providing a copy of my DD 214. The $5,000 was credited to me during my home closing process. Then, in Clinton County, I applied for and received the $1,500 Home Base Iowa award after I closed on my house.

Military Homeownership Assistance is a statewide program that provides cash grants to qualifying veterans who are purchasing their first home in Iowa. Annually, the state puts $2 million into this grant fund and it is typically spent down within the first few months.

As a tomboy growing up, I couldn’t wait to join the Army and travel the world. I enlisted at 17 and served in tactical military intelligence (Combat Electronic Warfare Intelligence), deploying to Saudi Arabia and Iraq with the 1st Armored Division for Operations Desert Shield and Storm. I learned Russian in the Army and eventually used that to enter U.S. federal government service after I got out of the Army, working at U.S. Embassies in Russia, Kazakhstan, Turkmenistan and Uzbekistan. While working at the U.S. Embassy in Uzbekistan, I also visited Afghanistan twice on business trips. My military and government service taught me to be mission-focused, diplomatic and a team-builder. These traits are equally needed in Clinton, Iowa, as we work collectively to grow our local economy. 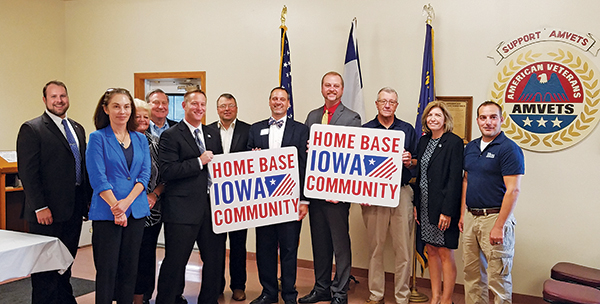