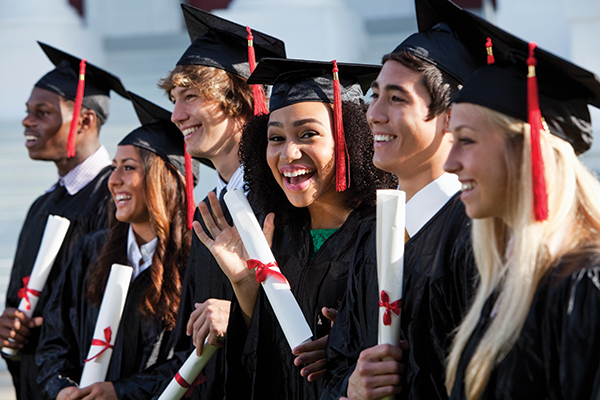 Lumina Foundation’s refreshed Stronger Nation online tool shows progress — and continuing gaps — across the country when it comes to the post-high school education needed for success today. This is one of a series of dives into the material by Lumina’s vice president of impact and planning.

Amid huge challenges in higher education, there’s some good news: Students ages 25-34 are earning more degrees at a faster rate — and those degrees are higher and more valuable in the U.S. labor market.

Young adult learners earned degrees and credentials faster than the national average over the past decade, and they now top that average by two percentage points. Impressively, most of the growth is in higher credentials such as bachelor’s and graduate degrees.
Six states plus the District of Columbia are leading the way, each with postsecondary attainment rates over 60% for this important age group. Another six states are nearly there, at over 58%.

Even with these promising gains — a timely progress report as many college students return to campus or online studies this fall — there’s sobering news about students of color. Too many are being left behind, and the equity gaps prove it. While 52% of white Americans in this age group have an associate degree or higher, only 32% of Blacks and 28% of Hispanics do. American Indians or Alaska Natives trail even further, at 21%.

These new data from Lumina Foundation’s revamped and updated Stronger Nation searchable tool are significant because this age group is a leading indicator of progress — or lack of it — for our nation’s learners. It gives us a barometer of our ability to compete in the global economy while thriving as individuals. Given that 65% of today’s jobs require a degree or at least some college, many without it struggle. 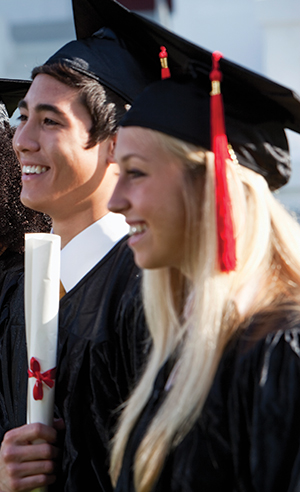 Here’s a closer look at the good news and the not-so-good:

When comparing higher education among adults across the globe, the U.S. has fallen to seventh place, behind Canada, Russia, Japan, Luxembourg, Israel, and Korea, according to recent OECD data.

This trend is changing, thanks to national, state, and local efforts to offer more affordable, accessible programs. Today, the attainment rate for learners ages 25-34 is 53.9%, two percentage points over the national average of 51.9%. (Attainment for these young adults was stuck at 37% a decade ago).

And their degrees are higher. Today, 25.8% hold bachelor’s degrees and 11.1% have graduate degrees — compared to 22% and 8.8%, respectively, in 2009. Since then, Lumina has embraced a national goal that by 2025, 60% of working-age adults will have a college degree, certificate, industry-recognized certification, or other credential of value.

Every state except North Dakota made strong progress for learners ages 25-34. Nine states and Puerto Rico all grew attainment by over eight percentage points in the past decade. District of Columbia tops the brainpower scale, at over 79% attainment.

We welcome those gains, but they aren’t sufficient for students who are more racially, economically and socially diverse. While attainment numbers for Black and Hispanic Americans grew by between six and nine percentage points since 2009, they still trail significantly behind Asians and whites in degrees and credentials earned. American Indian students trail even further, having gained only one percentage point over a decade.

It’s critically important to close these equity gaps as we build on our progress for young adult learners. I have four children in their 20s, so this issue is also personal for me. A system of higher education that fails large numbers of students due to their race, ethnicity, geography, or income is unacceptable. Everyone deserves the opportunity to learn, grow, and contribute their talents — and it’s up to us to help them.

To speed progress, we need sustained, equity-minded — even dramatic — efforts. We need coordinated education, economic development and workforce policies and practices.
With fresh insights and strong momentum from these gains, the time is right for us to ensure that all Americans benefit from the power of learning. Only then will we meet our nation’s demand for talent, regain our international standing — and truly celebrate the progress we’re making.

Courtney Brown, Ph.D., is vice president of impact and planning at Lumina Foundation. The Stronger Nation Report can be viewed at www.luminafoundation.org.