How one HVAC firm in Virginia remastered training for skilled trades. 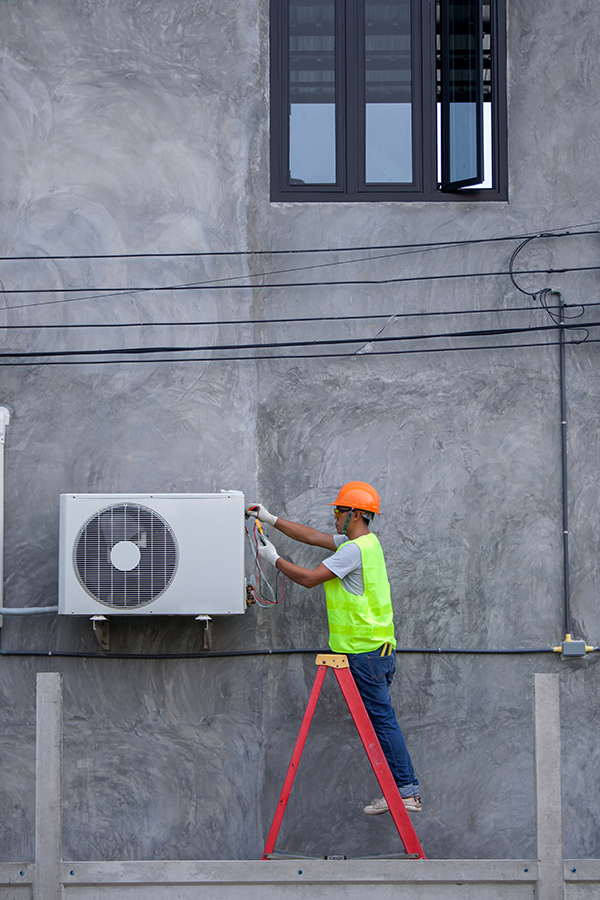 Paul Denham, president of Southern Air Inc. in Lynchburg, Virginia, is an expert when it comes to evaluating workforce training programs for the skilled trades. His HVAC construction company has been sponsoring an apprenticeship program for 26 years, and he’s worked closely with Associated Builders & Contractors to develop a best-in-class curriculum for each trade, whether it’s carpentry, construction, plumbing, electrical work, welding or maintenance.

You might say that Denham is a lot like E. F. Hutton. When he talks, people listen.
“I’ve been here for 32 years now, and we committed a long time ago to hiring locally and then promoting from within the company,” says Denham. “Half of our equity partners here literally came up through the trades. We have a strong tradition in that lineage.”

Denham says that is not by accident, either. Southern Air made a deliberate choice decades ago to actively engage with ABC, the NCCER certification process, local high schools and Central Virginia Community College to make sure that the greater Lynchburg region trained and produced some of the most skilled trade workers found anywhere in Virginia.

“If people go through our program, by their early 20s, they are journeymen with no college debt,” says Denham. “You can make a lot of money working in a job here. One of my former employees, Troy, now owns his own plumbing business. We did this out of self-preservation, but now we push this out into the community. Our public educational system is not going to solve our problems. We have to fix it ourselves.”

Denham adds that “a four-year college education is not always the answer. There are multiple paths forward for young people seeking productive and rewarding careers. We as a country have to pivot.”

Denham says the Lynchburg region has had some form of apprenticeship training since 1964. “We had an employee named BJ who was our first apprentice. He is 80 now,” the company president notes. “We have 96 students in the program today. CVCC had a virtual job fair yesterday, and we are now in the middle of revamping our mentoring program. We are big believers in that you learn by failing. We’d like to be a catalyst for change around the country.”

Southern Air employs 725 workers but still has 100 job openings. “We need people from every trade, and we need project managers,” Denham adds. “Worker shortages are the No. 1 threat to our business. It’s not our salespeople who make money for us. It’s our tradesmen in the field. They are the people who physically make money for the company. We as a nation have to change our core values.”

Others in the industry agree. That’s why Florida Career College recently partnered with Strada Services to enhance its HVAC training program. The partnership, inspired by the Building Talent Foundation, led to an enhanced HVAC curriculum by creating a special training module and the building of a new on-campus simulation lab to provide additional hands-on training for students.

“We’ve hired several FCC graduates over the years, and I’ve been happy with how well they are prepared. I was absolutely willing to work with them on a special new training program,” said Joe Strada, founder and owner of Strada Services. “Given the opportunity to work with a school to help train qualified candidates who are being taught the core skills that we need is a tremendous opportunity for us.”

Florida Career College is an accredited, employee-owned, post-secondary career education system with campuses in Florida and Texas. FCC offers programs in high-demand fields such as health care, business and skilled trades. Students are able to complete some of these training programs in as little as 10 months and proceed directly to a profitable career.