Workers are An Automotive Projects Magnet

Why Ford chose Tennessee for its biggest single EV investment. 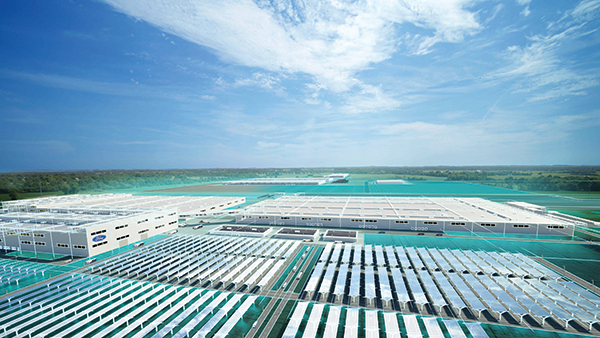 The evolving automotive industry is a prime example of a phase shift in manufacturing that’s been accelerated by the global coronavirus pandemic. Namely, instead of people chasing jobs, jobs are chasing people. And in the case of the auto industry, lots of them.

Ford believes it will need close to 6,000 workers to staff BlueOval City, the company’s biggest-ever investment in electric vehicles, which is to produce an electric offering of the storied F-150 truck and new batteries to support the coming generation of electric vehicles. The need for all those workers led the Detroit-based automaker to West Tennessee, to a megasite near Memphis, which was announced as the winner of the project in September. The supply chain needed to support the $5.6 billion operation is expected to create up to five times as many jobs as the plant itself.

It is no coincidence that Ford decided to locate BlueOval City in the southern U.S., as opposed to more traditional automotive hubs in the Midwest. Increasingly, the South is where the workers are.

“The latest census data underlines fact that the labor pools in Michigan, Ohio, Wisconsin and Illinois are stagnant, at best,” says Greg Burkart, who has managed automotive site selection projects representing billions of dollars as managing director of Duff & Phelps, A Kroll Business.

“Conversely,” says Burkart, “when you go Tennessee, they’re growing at about 1.25% per year, which is 12.5% over a decade. Texas is growing at 1.5%, which is why so there’s so much automotive happening there. It’s all about where the workers will be in the next 25 to 30 years. Projects,” Burkart affirms, “are following people.”

Tennessee already ranks No. 1 in the Southeast for electric vehicle manufacturing, claiming nearly 40% of the region’s electric manufacturing jobs and investment. Economic development officials demonstrated to Ford and its partner SK Innovation that, out of about 1 million workers within a 45-minute drive of the Memphis Regional Megasite, close to 200,000 already have some kind of automotive skillset.

“We did a labor audit of the region, which demonstrated that we definitely have the numbers,” says Ted Townsend, chief economic development officer of the Greater Memphis Chamber. “It’s similar to what we have in Chattanooga, where Volkswagen has its plant, and similar to Spring Hill, where GM is expanding.”

The site itself was conceived close to two decades ago and has been funded thus far by the State of Tennessee to the tune of some $90 million.

“We could not have moved forward with a project the magnitude of the megasite without a really big workforce,” says Chassen Haynes, director of business development for the Tennessee Department of Economic and Community Development. “The basic building blocks need to be there, and there’s no bigger building block than your workforce.”

Having the numbers is one thing, but as Haynes points out, EV manufacturing involves some unique wrinkles and skills. Just days after Ford officially selected West Tennessee for the project, Tennessee Gov. Bill Lee announced that the state will develop a new Tennessee College of Applied Technology (TCAT) on the BlueOval campus to help develop the plant’s electric vehicle workforce. It’s part of a $900 million incentives package offered to Ford that includes some $384 million for infrastructure and workforce development.

The new TCAT is to provide customized training development in conjunction with Ford and SK to focus on EV and EV battery manufacturing and repair, with the curriculum concentrating on mechatronics engineering and automechanics. Officials say they expect to be able to supply a steady pipeline of EV talent when Ford and SK begin to ramp up production in 2023 and 2024.

“Customized industry training is what the Tennessee Board of Regents does to ensure our graduates are employable and productive from day one,” says Flora Tydings, chancellor of the Tennessee Board of Regents. “This new workforce training center planned for the Memphis Regional Megasite will equip Tennesseans with the skills they need for rewarding careers, now and for years to come.”