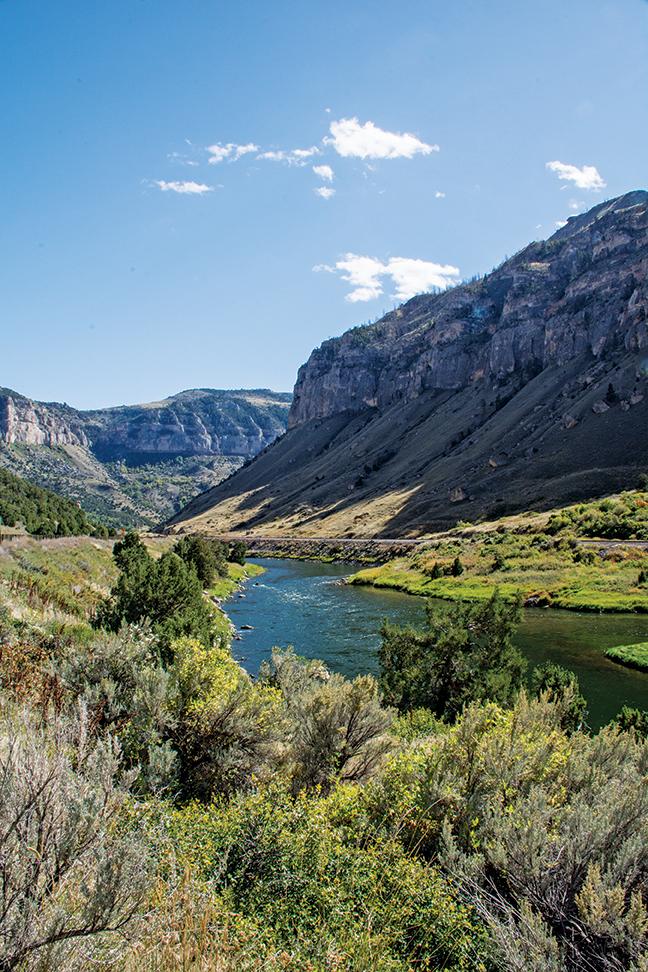 rying to list Wyoming’s most important business climate attributes is sort of like trying to name the most scenic vistas in the Cowboy State. The list gets long pretty quickly.

While natural beauty may be in the eye of the beholder, there’s no doubting what sets Wyoming apart when it comes to comparing its business environment against those of the other 49 states.

Wyoming is a state that provides unmatched opportunity, an unparalleled ability to save capital, and an ease of doing business made possible by its small size and its pro-business philosophy.

The latest feather in Wyoming’s cap came in early November 2014, when the Tax Foundation named Wyoming the Best State Business Tax Climate for the fourth year in a row.

The No. 1 Business Tax Climate ranking is a big reason why Wyoming enjoyed a robust 7.6 percent real GDP growth rate last year — a mark that by far surpasses the national average.

“Economic growth has been one of my top priorities,” Wyoming Gov. Matt Mead said when the Tax Foundation released its annual report. “Wyoming has earned its reputation of being the best place for business. We have focused on reduced regulatory burdens and increased policies that promote growth. Accolades like these are indicators that we are getting things right.”

While having a competitive tax rate for businesses is an important part of the equation, Mead notes that it’s not all the state is doing to roll out the welcome mat for expanding companies.

“Tax structure is just one piece of the economic development plan,” he said. “Wyoming is also investing in transportation and Internet infrastructures that are just as important as a favorable tax climate to attract a diversity of businesses. Business diversity strengthens the economy. It provides opportunity for Wyoming workers and assures a high quality of life. We will continue to work hard to keep Wyoming the top stop for business.”

Wyoming is no stranger to favorable business climate rankings. Consider some other recent accolades:

In addition, Cheyenne was named one of America’s Best Cities for Global Trade by Global Trade magazine in November 2014.

“When you consider that there are some 18,000 cities in the US, Cheyenne being named as a top 100 for global trade is pretty exclusive,” said Randy Burns, CEO of Cheyenne LEADS.

The attributes that comprise Wyoming’s business climate are many. In addition to its favorable tax ranking, Wyoming boasts a longstanding track record of fiscal stability, due in large part to its $15-billion excess reserves and permanent funds.

Brandon Marshall, manager of business development and recruitment for the Wyoming Business Council, says, “It is just easier to get things done in Wyoming. We are a small state, and the access to high-level decision-makers here is unmatched anywhere else in the country. If a company wants to have an audience with the governor or members of the state legislature, it is easy to get that done here.”

Marshall adds, “We also have a very pro-business government that supports healthy investment into needed infrastructure. Our Business Ready Community Program provides grants of up to $3 million for community-based infrastructure. We have funded five rail-served parks across the state, and the Governor’s Broadband Initiative has brought high-speed connectivity to communities all over Wyoming.”

The Workforce Development Training Fund in Wyoming is also considered one of the strongest in the country, according to Marshall. “We have seven community colleges in the state, which means that no matter where you may live in Wyoming, you are fairly close to one of them and have great access to worker training programs provided by the state,” he says.

Add it all up, and Wyoming makes a convincing case for itself to growing businesses, notes Marshall. “Wyoming is rightly named one of the best-run states in the country,” he adds, “and the companies who have come here and grown here have seen why.” 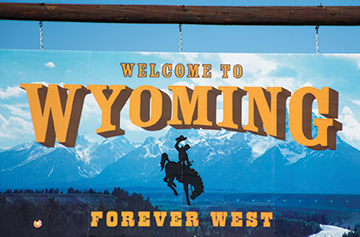