The small towns of Wyoming have unique charms to match their economic development profiles. 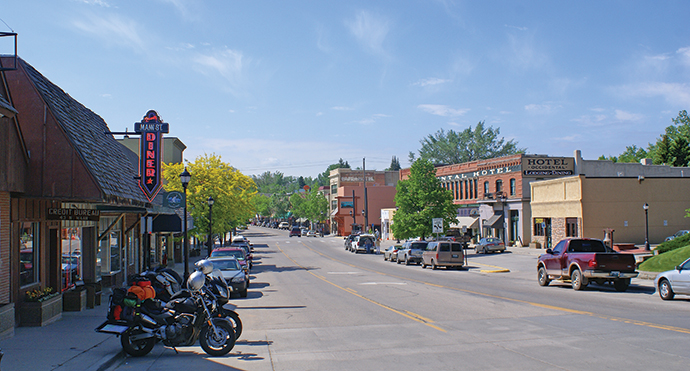 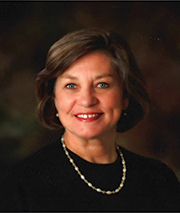 “I love the people of the community. They are not complacent — they are engaged. They want Cody to be the best it can be.”

ize is relative when referring to Wyoming’s incorporated rural communities. According to Shelley Simonton, executive director of the Wyoming Association of Municipalities, the state has 99 incorporated cities and towns, all of which are members of the association. Of those, 43 have a population of less than 500, and a handful have fewer than 100 residents.

What they all have in common is being in a state that has no individual or corporate income tax, thanks to an energy industry that has paid most of the state’s bills for years and has helped the state’s unemployment rate reach about 4.6 percent. But each rural community has its own individual personality.

Buffalo Mayor Randy Dyess, who owns a construction and land development company, says he’s “run this city as I’ve run everything in my life.” That means he thinks ahead about the future needs of the 130-year-old town, and plans accordingly. It means that in December 2013, he hired an economic development specialist. It means that he started as mayor with $14 million in reserves, and still has $14 million in reserves despite an enthusiastic building program.

In the four years he’s been mayor, he has led the building of an infrastructure that will take Buffalo well into the future.

“We can double the size of our community,” he says of the town of 4,600. “We’ve made ourselves clean and green,” referring to the industry he’s attracting and which, in turn, will attract future residents. “We have an excess of electric energy because of three transmission lines into a large substation. We’ve built a reservoir and all new water lines. We have all brand new schools,” he says. But he’s probably most proud of his focus on technology that has created a redundancy of fiber.

“We can get Internet that’s as fast as any large city,” he says.

Dyess understands that Buffalo’s economy must be diversified from its basic industries of energy, tourism and agriculture.

“We had several booms and busts because of the energy business,” he says. “Now we want to go into industries with high electrical use. We’re seeing high-tech start-ups taking off, and down the road we hope to get into data storage.”

Thirty years ago, Dyess drove through Wyoming, and decided to move to the state the very next week. He looked at the entire state before choosing Buffalo, one of the original settlements in the state. Buffalo has a 94-percent high school graduation rate, and 25 percent of the community has bachelor’s degrees. “We’re the best kept secret,” he says proudly.

Cody can never claim to be a secret, created as it was by legendary Col. William F. “Buffalo Bill” Cody. Its heralded Buffalo Bill Center of the West, with a complex of five museums on seven acres, has been part of the Smithsonian Affiliates program since 2008. Downtown sits the Irma Hotel, named after Buffalo Bill’s daughter. Cody is also the “rodeo capital of the world,” with a famous stampede rodeo that gives away a $400,000 purse over the July 4th holiday.

Not surprisingly, tourism is one of Cody’s major industries, but that’s also because it sits 50 miles east of Yellowstone National Park. “It’s as spectacular as Yellowstone itself,” states Mayor Nancy Brown, “an outdoor mecca.” But she doesn’t want Cody, a city of just under 10,000, to be totally dependent on the seasonal tourism business, now mostly confined to May through October.

“Formerly, the energy industry was the underpinning of our town, with tourism as a nice bonus,” says the mayor. Cody was self-sufficient until a major refinery left the area in the mid-1980s. “Our strategy has been to help the existing businesses with retention, and lay the groundwork for replacement industries that would fit Cody and re-establish stability.”

Just in the past year, a local pharmaceutical company that makes ingredients for painkillers was bought out by a larger company that has decided to bring its business to Wyoming. Brown says in the next four to five years, it could bring “a myriad of jobs and professional careers — we hope 250 to 300 jobs eventually — and that will have a huge impact.” The goal of Brown and “Forward Cody,” the town’s economic development program, is to “re-establish year-round business to give us stability, and then have tourism as a bonus.”

Agriculture, a major industry in the area, is known for its sugar beets, hay, beans, sunflowers and ranching. Brown and her husband were drawn to Cody in the early 1980s by her parents who moved there from Colorado to fulfill her father’s dream of ranching.

Brown and her husband, however, have been in the art business for 33 years and own an art gallery downtown where many artists flourish.

Evanston’s mayor, Joy Bell, owns a home health company which sends nurses into homes to take care of people after they’ve been discharged from hospitals. Health care is the major industry in her city of 12,500. Evanston, whose population has stayed steady over the past 10 years, is home to Wyoming’s state hospital and mental institution, employing 400 people. It’s the second largest employer after the school district.

“We’ve built our human services infrastructure around the hospitals,” says Mayor Bell. “We even have a housing authority, which is odd for a town our size, but it’s because people come for treatment at the state hospital and instead of going back to their towns where they don’t have mental health care, they stay in Evanston.”

Unlike other cities around the country which assert “NIMBY” — not in my backyard — Evanston provides group homes for people with intellectual disabilities in “just about every neighborhood,” Bell says. “We have been able to disperse them throughout the community because we have an incredibly tolerant community.”

With a statewide development program that helps train the workforce for the needs of a community, Evanston is also forward-thinking in its effort to have employers hire those with disabilities.

“We have a leadership network that works with employers to employ people with disabilities,” she says, underlining the fact that the state mental health facility has been part of Evanston since the town’s inception.

Still, the mayor wants to see the local economy more diversified. “While the oilfield is still a big player, we want to diversify into manufacturing,” says the Evanston-born Bell.

Evanston has also been part of the Main Street Program since 2008. This Wyoming program “helps communities capitalize on their unique downtown areas by using historic preservation to generate economic and entrepreneurial growth,” according to the Wyoming Business Council.

“We’ve been practicing this principle for years,” says Bell. “We needed to revive our Main Street businesses after they were devastated in the 1980s energy bust. We get grants [from the program] for technical assistance like marketing and design of businesses. Our downtown has changed to be a place of service businesses, like law firms” and her own health-care business.

One thing the mayors of Buffalo, Cody and Evanston clearly have in common is their pride in their communities. “There’s something endearing about Evanston,” says Mayor Bell. “We are very progressive and we’re just the right size to effect change. We want to solve our own problems — we don’t want to be at the whim of boom and bust. The people in Evanston have developed a resiliency. They truly believe there’s not anything we can’t do. It’s an active and proactive community. We have a can-do attitude.”

The other small-town mayors echo that sentiment.

“It’s an inspiration to live here,” says Mayor Brown in Cody, noting the area’s natural beauty and Western hospitality. “And I love the people of the community. They are not complacent — they are engaged. They want Cody to be the best it can be.”

Mayor Dyess says he is proud of Buffalo because the people have “kept the town the way it is. It’s a Western town. It’s someplace, but better.” 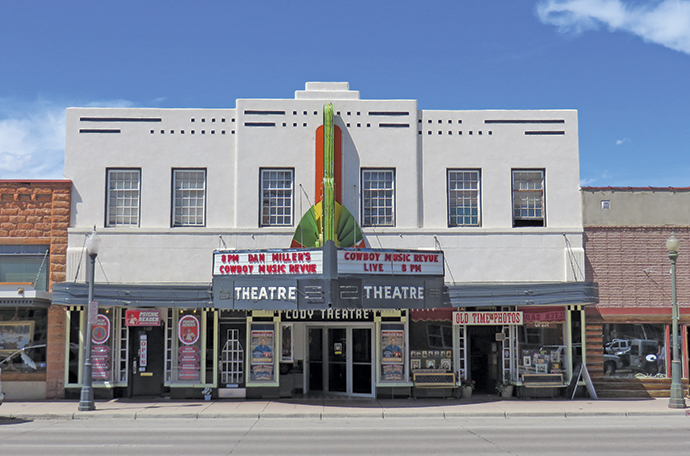