Technology Blooms in the Cowboy State

How Wyoming pulled off an impressive reversal in a key industry. 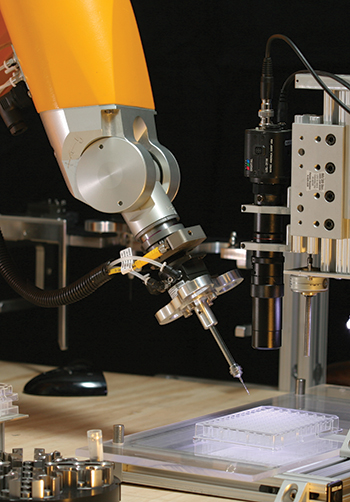 Square One Design developed this advanced robotic workcell for locating and harvesting very small protein crystals used in medical research. The project was funded by the National Institutes of Health.
Photo courtesy of Square One Design Inc.
I 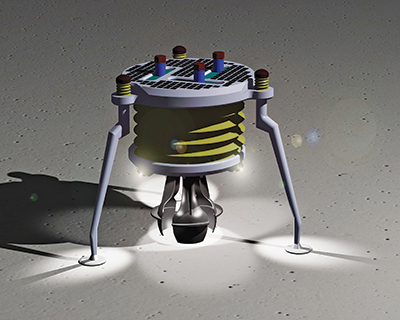 Square One Design created this concept for a large lunar excavation robot for NASA.

t is not by accident that there is a healthy technology sector in Wyoming. There was a time when the state’s economic development activities were scattered among many state agencies. “There was no cohesive focus,” says Shawn Reese, chief executive officer of the Wyoming Business Council.

“At the time, the state’s economy was declining, there was a mass exodus of youth, and personal income was on the downward trajectory,” Reese says. “And so the legislature and the private sector, and the governor at the time, said we’ve got to change this decline.”

The solution was to form the Wyoming Business Council as an entity that could combine all the different economic development programs.

Talk to the state’s economic development officials as well as to entrepreneurs who have benefited from the many programs designed to grow the technology sector along with other sectors, and it is evident that the plan has succeeded.

“We still have more to do, but we are growing the technology sector,” Reese says. “We are one of the most connected states in the country with a unified broadband network that’s providing high-speed Internet to most of our schools. We are growing a data center industry here in Cheyenne, where we’ve attracted Microsoft as well as a company called Green House Data. We’re growing a technology business sector, and so we have clusters of application developers, technicians and software developers who are working in environmental sciences, telemedicine and other applications.”

Wyoming has business incubators in Laramie and Casper, and will open another one in Sheridan in January. For the most part, companies in the incubators are technology and knowledge-based companies, says Jon Benson, chief executive officer of the Wyoming Technology Business Center, which oversees the incubators.

Benson and his colleagues target companies that want to grow to at least $3 million to $5 million in revenues with a 10- to 20-percent net profit margin. The Wyoming Technology Business Center will have 10 or 15 companies in the incubators and another 10 to 15 classified as pre-venture businesses, meaning, says Benson, “They’re thinking about getting into business, but they haven’t decided yet.”

For those in the latter group, Benson’s operation helps them work through a business concept, asking about potential customers, marketing strategies and revenue models.

If the idea person is still excited after working through the questions, then Benson and others can help.

Two companies that have benefited from the programs offered in Wyoming are Square One Systems Design, based in Jackson, and Firehole Composites, now part of a much larger company but still operating in Laramie.

About 10 years ago, Jerad Stack and two partners founded Firehole Composites, a company that creates computer-aided design around composite material such as carbon graphite fiber. Firehole was recently acquired by Autodesk, the 3D design and engineering software company. To get where it is today, Firehole spent three years in the Laramie business incubator. But that’s not all.

“Along the way,” Stack says, “we might have used every economic development vehicle that the state has. They have this thing called the Wyoming SBIR [Small Business Innovation Research] initiative, where it helps small businesses in Wyoming to go get small business government innovation grants. We used that maybe a dozen times along the way. The Business Council was a great resource for us. The folks over at the Business Council know everybody, so they’re able to help with networking and connecting dots. Without all of that support, we probably wouldn’t exist.”

The incubator, he says, “Is where we ‘hockey-sticked’ the company. We were moving along smoothly — we were a bunch of engineers trying to figure out how to run a business, and they gave us a lot of advice and direction and set up an advisory board for us. They helped us grow and get through that transition period from a one- or two-man company to an actually growing enterprise.”

Bob Viola was operating Square One Systems Design in an employee’s garage until he moved the company into space the Wyoming Business Council purchased for the town of Jackson. Now Viola rents the space at a favorable rate.

A robotics and automation developer, Square One has received help from several of Wyoming’s economic development programs. The company has benefited from SBIR grants, and from funding for its principals to attend trade shows. State programs guided Viola through the patenting process.

“If you haven’t done it [patenting] before, it’s kind of daunting,” Viola says. “Where do we even start? They lay it out for you, tell you what the steps are, then tell you what your options are — patent attorney vs. patent agent, searches, on and on.

“The one thing I can’t emphasize enough is that the help from the state was absolutely essential to the success that we’ve enjoyed as a company. It wasn’t the reason I located the company in Wyoming, but it was very fortuitous because I’m definitely in the right place. If you’re a small technology-based company, there’s just a whole host of resources available.”

“I will never tell anybody that their idea isn’t going to work,” Benson says. “I will say, ‘These are the challenges that you face in trying to make this work.’ They are going to succeed on the basis of what they do clever, not what we do clever, but I think we make it easier for them. An incubator makes it possible to form a close relationship with clients and increases the opportunities to have an impact on their growth and development. It’s all about relationship.”