More site seekers are discovering Wyoming to be a low-cost location for high-tech investment. 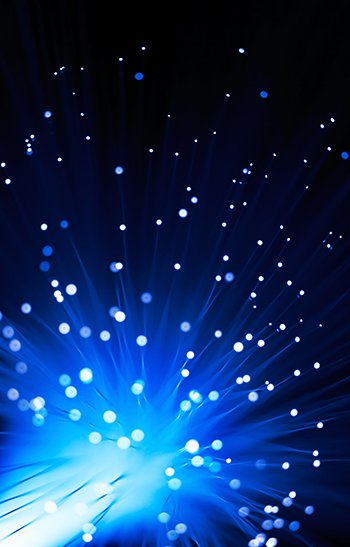 Underwriters Laboratories (UL) is staying in Laramie, Wyo., where it landed in 2014. That year it located its new technology center in the University of Wyoming’s Wyoming Technology Business Center (WTBC), a business incubator program with locations on UW’s main campus and in Casper and Sheridan.

WTBC has graduated six startups so far, the most recent being Bright Agrotech LLC, which makes hydroponic production systems for agriculture enterprises.

But the global safety science company can’t keep its new technology center in an incubator forever. So it’s building a new facility at the Cirrus Sky Technology Park in Laramie, where it will continue to benefit from proximity to Wyoming’s largest university and the research expertise — and future talent — that comes with it. The Wyoming Business Council provided funding to the city of Laramie toward the construction of the business park and the new building for UL.

“UL considered several locations across the United States for our new technology center,” UL Information Technology Director Mike Nuteson explained in April 2014, when the company’s technology center in Wyoming was announced. “During our search, we were extremely impressed with the quality of talent available in Laramie along with the support and involvement of the local, university and state teams. We will initially employ a small team in Laramie that we plan to expand over time.”

In 2012, UL acquired IDES, a global plastics information management enterprise and UW spin-off company, now known as UL Prospector. UL’s growing technology center will benefit from access to that group and to UW computer science students, who continue to populate its workforce.

“Our mission at UL is to promote safe living and working environments, and we envision that this new team can play an important role in helping UL achieve our mission,” said Nuteson. “Through initiatives such as providing customers better access to UL’s extensive knowledge base and enabling UL’s engineers to certify products more efficiently, this new team can help introduce safe products to markets around the world.”

Coincidentally, 2012 was also the year the NCAR-Wyoming Supercomputing Center opened in Cheyenne to, according to the center, “provide advanced computing services to scientists across the nation who study weather, oceanography, air pollution, climate, space weather, energy production, seismology, carbon sequestration, computational science and other topics related to the Earth system. Its premier data storage and archival facility holds unique historical climate records and a wealth of other scientific data. Researchers from the US academic community, including NCAR and the University of Wyoming, use the computing, visualization, and archiving resources at the NWSC.”

The heart of the Supercomputing Center is Yellowstone, a 1.5-petaflop IBM iDataFlex cluster computer with more than 144 terabytes of aggregate memory. (Petaflop: A measure of processing speed expressed as a thousand trillion floating point operations per second. Translation: Super-fast.)

‘A Lot of Fiber Runs Through Here’

Speaking of fast, a statewide upgrade to Wyoming’s Internet infrastructure benefits communities, schools and businesses now that the $15-million, 100-gigabit Wyoming Unified Network is complete. Many broadband users had been maxed out at 2.5 gigabits; the upgrade is reportedly a factor behind Microsoft’s investment in the state.

“We are very fortunate along I-80,” says Dave Hanks, CEO of the Rock Springs Chamber of Commerce, in Sweetwater County, in southwest Wyoming. “Not only is it a major transportation corridor, but it’s a key communication corridor. A lot of fiber runs through here, including T3. That infrastructure is here, which, in addition to Wyoming being ranked one of the states with the lowest business costs, makes the area very attractive. And security is more easily attained here, because we are away from major metro areas. Besides,” adds Hanks, “data centers don’t need to be next to their customers, and they don’t want to be next to them. People are beginning to see all the attributes Wyoming brings to the table.”

Rock Springs and environs are rich in natural resources, and the companies involved in extraction and production require a workforce rich in technical skills. They’ll find some of that expertise three hours east on I-80 at the University of Wyoming, in Laramie. They’ll find it locally, too, at Western Wyoming Community College, in Rock Springs.

“We have a very strong workforce development program, meaning we are working directly with our local industries to make sure we are offering training specifically for those industries,” says Dr. Karla Leach, president of the college. “If training for the workforce an industry needs is not already in place at Western, then we will develop those programs in collaboration with that industry to make sure those skills are in place when they’re needed.”